Joe Biden and the American gridlock 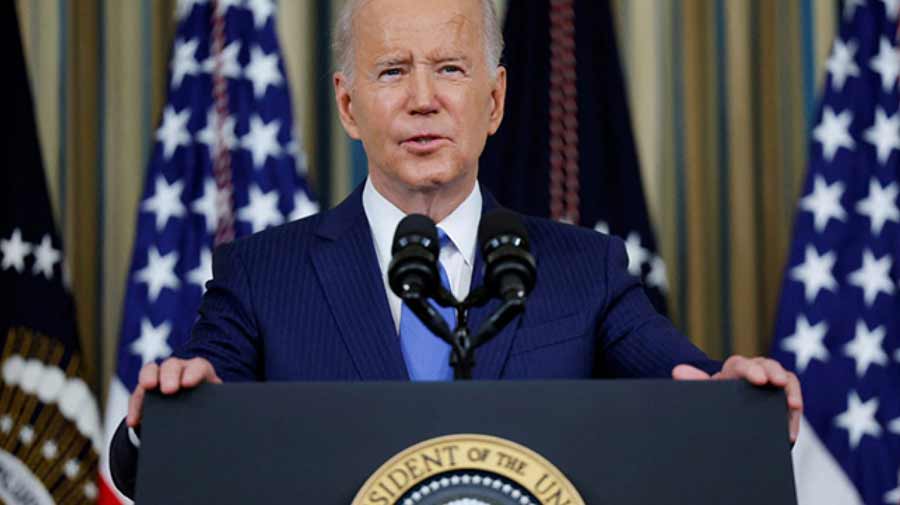 The  Cheshire Cat smile never left his face, even when Rep. Kevin McCarthy of California was repeatedly knocked down during the grueling voting process for the House speakership election for the 118 Congress.

Like a bobo doll, he bounced back again and again and finally won in the 15th round. He did not shut the door even on his worst menace Matt Goetz who had called him in an interview with Fox’s Laura Ingrid “the masthead of the lobby core…(who) has sold shares of himself to special interests, to political action committees…”  Aah! But couldn’t the same be said about many other American politicians, Republicans as well as Democrats?  Rep. Goetz of Florida, a Trump loyalist, neither a saint nor a sinner (the sex-trafficking charges against him regarding a 17-year-old girl were dropped), neutered himself by voting “present” at the last round.

In spite of the fact that the House Republicans have a slim majority of 222/212 with one seat vacant, they have the illusion of supreme power to put the Biden administration into a hothouse of endless investigation from the weaponization of the Justice Department and the FBI, the border crisis, the chaotic military debacle of withdrawal from Afghanistan to the role of  Dr. Anthony Fauci, former director of the National Institute of Allergy and Infectious Diseases who had become a most important public face of the fight against the pandemic.

Donald Trump even when he was in the White House neither trusted the Justice Department nor the FBI because he failed to bend the agencies to his will. After Trump lost the 2020 election— he and his ardent MAGA followers even today have not given up the stolen election claim—Republicans have accused the Department of Justice and the FBI of being a political arm of the Biden administration, especially after the FBI carried out a search warrant at Trump’s estate Mar-a-Lago for an investigation into the handling of classified documents.

Now in power, Republicans want to probe the business dealings of President Biden’s immensely controversial son Hunter Biden, over which, Republicans assert, the Department of Justice has shilly-shallied. The House Committee on Oversight and Reforms would be tasked to investigate Hunter Biden’s business affairs focusing on the laptop that showed up in 2020 during the election time containing evidence of influence peddling and corrupt business practices. The ultimate target is to diminish Joe Biden as  James Comer, the Chair of the House Committee on Oversight and Reform, told NBC “Meet the Press.”

In order to investigate how law enforcement agencies have been weaponized, the House Judiciary Committee under the chairmanship of Rep. Jim Jordon of Ohio, a member of the Republican Freedom Caucus, Trump’s staunch ally, and the recipient of the Medal of Freedom from him, would appoint a subcommittee with the power of subpoena to investigate “a rampant culture of unaccountability, manipulation and abuse at the highest level.”  And of course, more importantly, the recent President Biden’s classified documents imbroglio.

It’s the power of subpoena and the television spectacle of congressional subcommittees’ hearings during which a member can ask any outrageous and absurd question, which gives them the illusion of exaggerated political power.

The new Republican House majority has raised the fear of brinkmanship over the nation’s debt limit, which if not raised would unnerve the market and rattle the economy, it is argued. Actually, raising the debt limit, the government’s ability to borrow money to pay its bills is an annual ritual though sometimes it has led to political paralysis as it happened when Barack Obama and the Republican House majority struck an 11th-hour deal in 2011 to avoid the default on the nation’s debt. But this was not the first time that Americans saw the last-hour political tango.

In 1995-96, the government was partially shut down before Bill Clinton and Newt Gingrich, the Republican Speaker of the House—with his “Contract with America” platform to cut government spending—reached the settlement.  According to Don Gonyea of NPR, the shutdown was “a landmark in U.S. political history, birthing a new era of American gridlock that arguably led to the sharp partisanship that has gripped the nation… But since that time, the fisticuffs of divided government and spending disputes have become fairly commonplace…”

The annual threats of the government shutdown have always been about spending bills, budgets, and fiscal issues. The first partial shutdown occurred in 1976 when Gerald Ford vetoed a health department spending bill. Jimmy Carter’s administration endured five shutdowns. Ronald Reagan saw eight from 1981 through 1989, blaming of course the Democrats who controlled the House. And as Don Gonyea argued,  “the finger-pointing then — and the rhetoric — can feel quite familiar to today.” He was referring to Donald Trump’s government shutdown in 2018-2019, which lasted 35 days, the longest ever, because the Democrats-controlled  House led by Speaker Nancy Pelosi had refused to provide funds, more than $5 billion, for the border wall. It was a game of chicken. Trump blinked.

The United States government, to some extent, runs on borrowed money. At the end of the year, Congress must increase the debt limit, or you might say the credit card limit, which is $31 trillion today so that the government keeps paying its bills, for example, Social Security, Medicare, government employee salaries, interest on bonds, etc.

Speaker McCarthy, in obeisance to the hard-core Republicans who let him crawl to grab the House leadership, says that his party won’t back a debt limit increase unless it’s equally matched by spending cuts. The democrat-controlled Senate and the White House won’t let him push the nation over to the precipice. It has never happened.

But imagine the impossible possible: The House Democrats with 212 members need only six good Republicans to form an alliance to work with the Senate to pass the debt limit increase. The parliamentary procedure called “discharge petition,” the Wall Street Journal reported, is being bandied around as the ultimate solution to the American gridlock.