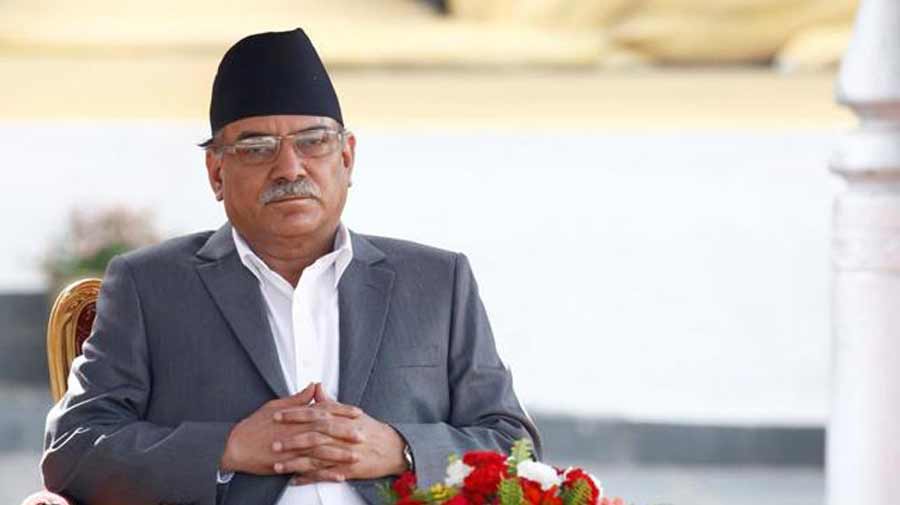 Pushpa Kamal Dahal “Prachanda” recently took oath for the office of Prime Minister of Nepal for the third time. However, to head a politically manoeuvred government with only 32 members in the Pratinidhi Sabha (i.e., lower House or House of representatives) of 275 members will be a significant test for him.

“Prachanda” nom de guerre (war name) of incumbent PM translates into fierce, relentless, and untamed, but how will this change unfold under contemporary circumstances where both of Nepal’s neighbours are mutually strained geopolitical giants (i.e., India and China) and even a slight tilt to one side could disrupt the delicate status quo. Further complicating the situation is the peculiarity of Nepal’s domestic politics, where political betrayals often bring about shifts in foreign policy postures regarding its two giant neighbours – India and China. It was “Prachanda” who was responsible for the fall of the Oli government back in 2016, which reflects the fragility of such political associations where per one article of Kathmandu Post “, you can never trust your friends in Nepali politics”. Such association of convenience in politics is responsible for frequent ideological shifts where the same author describes “Prachanda’s” shift most prominent as “a Castro who succumbed to conservatism, a Che who turned into Dick Cheney”. Even without empirical data to back such a notion, it will be challenging to imagine such drastic ideological shifts without impacting diplomatic ties and foreign policy where your geopolitical position resembles that of shrimp swimming among whales.

“Prachanda” is currently backed with the support of ex-PM K.P Oli (CPN UML 78 seats), who, during his last stint, made the mandarin language compulsory in many schools with financial support from Beijing.

Nepal has remarkably close cultural, social as well as political links with India, as stated through the words of Ram Roshan Das, priest of Janakpur Dham, where Goddess Sita is believed to be born. “Lord Rama is our son-in-law,” he says in an interview, which with open accessible borders, induction of the Gurkha regiment in the Indian Territorial Army etc., further consolidates these ties

However, this cultural proximity must not be used as a tool for political overindulgence that conflicts with their hard-earned political sovereignty in India’s absence of significant economic structural support. Indo-Nepal ties have greatly suffered post-2015 with a blockade led by the Madesh people of the terai region of Nepal, who share strong familial ties with India. This economic blockade came at the heels of a devastating earthquake which had already shaken Nepal. India did provide humanitarian aid to Nepal and committed to build 50,000 houses along with other forms of aid. However, the consensus among people and government believed that India had backed the informal blockade post a newly drafted constitution, culminating in a diplomatic and humanitarian crisis. The Madeshi people initiated an informal blockade after they believed that there was a disproportionate distribution of power where the residents of the hill area were to represent 100 seats out of 165 seats, even when they constituted less than 50 % of the total population. The Nepalese version of gerrymandering inherently favoured hilly districts, while Madheshi, which constitute 70 % of the terai population, were not provided with enough representation. In 2016, when India was allegedly believed to be backing “Prachanda” to topple Oli’s government in order to form a government in cooperation with Sher Bahadur Deuba, no one could have guessed that “Prachanda’s” ferocious attempt to stay in power would make him the only winner in this diplomatic entanglement.

An article in Nepali Times in 2007, when “Prachanda” entered mainstream politics after almost a decade of civil war, reads “, what stops Pushpa Kamal Dahal from letting go of his ‘nom de guerre’ as he is out of the battlefield?”.

The author further questions whether he takes more pride in what was achieved when he was Prachanda than when he worked as Pushpa Kamal Dahal. The question of whether this Maoist premier of Nepal will become a friend of India or China becomes redundant given the number-game involved in an unstable coalition of conflicting interests. Prachanda’s dependence on an unstable alliance with Oli, whom he had pulled the rug under, will keep him occupied at the cost of his political ambitions.

The “ferocity” of one’s belief will need temporal resources to materialise, which in the current scenario looks bleak as “Prachanda” looks more susceptible to shouldering blame if, in any scenario, things don’t work out for actual power holders (i.e., Oli) in Nepalese government. However, Beijing certainly looks content where its former ambassador Hou Yanqi known for her aggressive diplomatic manoeuvres, has constantly tried to create a coherent alliance of all left-leaning parties, which led to the formation of the NCP, i.e., Nepal Communist party that reigned from 2018 till its dissolution in 2021.

The optimal situation for India was to have Deuba in office. Delhi sees Oli as pro-China, and from its perspective, the establishment of the administration by Communist forces represents a turning back of the clock. India-Nepal relations had deteriorated under Oli’s administration from 2015 to 2016 and from 2018 to 2021, but they recovered once Deuba took office as prime minister in 2021. In addition to territorial disputes, there has been a surge in negative news media coverage that has dealt a blow to the local Nepalese sentiments toward India. This is evident from events such as Dharchula, where one news agency specially mentions the lack of attention by Indian media to the issue related to the death of a civilian, Jaya Singh Dhami, due to the alleged involvement of SSB (Seema Shastra Bal), the paramilitary body in India that maintains surveillance on its borders with Nepal and Bhutan.

The updation of the Nepalese political map on 13th June, which included the area of 335 sq. km area of Kalapani, Lipulekh and Limpiyadhura, along with protests against PM Modi while delivering a poll promise in election-bound Uttarakhand are symptoms of the underlying lack of faith in a behemoth neighbour whose economic advancement are not trickling down enough on their side of the border.

As mentioned earlier, the relationship between Nepal and India is often explained as a dependence-dominance relationship by many academicians, where the unsymmetrical importance of one other leads to a difference in how their respective policies are perceived. U.S. Millenium challenge package of 500 million USD, which is believed to be part of the Indo-Pacific strategy to limit China’s reach in the region, after years of delay was rectified by Nepalese Pratinidhi Sabha bypassing China’s objection to it under the premiership of Sher Bahadur Deuba for which he is responsible. However, a weak PM with an extraordinarily strong supporter will undermine PM’s position with a disproportionate allocation of responsibility, which again undermines democratic principles for which Nepali people struggled for.

A few days before the swearing-in of “Prachanda” as PM, in Dharchula, a suspension bridge was forced to close due to stone pelting by Nepali citizens on Indian traders. These incidents, if coupled with geopolitical discord between India and China, the unstable government in Nepal or if economic interdependence between India and Nepal does not improve significantly, it becomes a serious disadvantage for India. In a debate on India News channel, a Nepalese journalist claimed that Maoist “Prachanda” and PM “Prachanda” are now quite different where there can be witnessed a decline in extremism which can be corroborated by the contemporary arrangement where a junior partner with a severe ideological difference is allowed to lead the government, however, that can not be without hidden implications. Nepal being a buffer state to a geopolitical giant with no love for one another, should balance rather than choosing a definite side for prolonged peace; therefore, I believe “Prachanda” reflects a tough time for India and tougher for Nepal itself.