Enduring 30 years of Cultural Relations between India and ASEAN 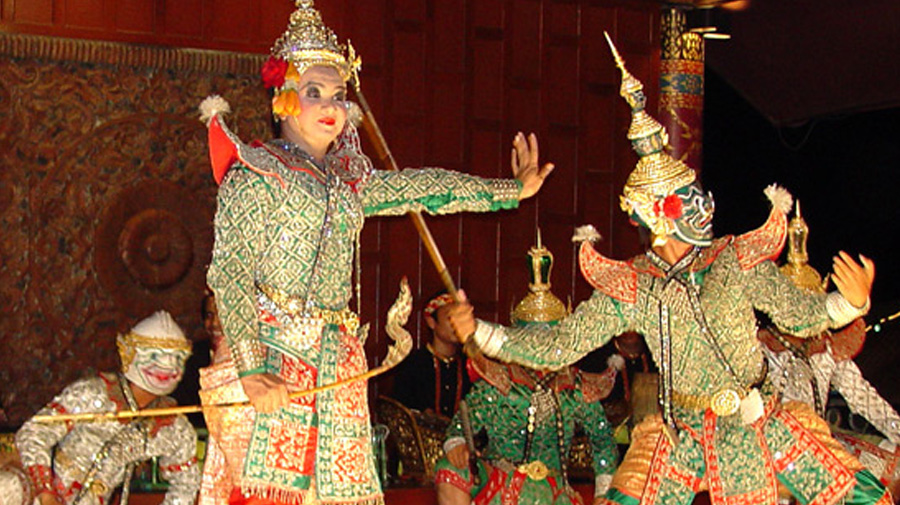 India and South-East Asian Countries share long, close historical and civilizational linkages. India’s cultural connectivity is fostered by the presence of an Indian Diasporic community. This partnership shaped by economic and commercial relations garnered an impetus following the “Look East Policy” initiated by Indian Prime Minister P V Narasimha Rao’s government in 1991, which later under the Present Modi administration came to be known as the “Act East policy” in 2015. The major thrust of India’s cultural relations with the members of the Association of Southeast Asian Nations aims mainly on continuing the existing strong historical links on one hand and creating further scope for the government to facilitate economic and political relations on the edifice of culture and people-to-people contacts. The year 2022 is a landmark year as India and ASEAN commemorate 30 years of their fruitful partnership. India-ASEAN Partnership has gained momentum over the last two and a half decades. Even though economic and strategic cooperation holds the key to this robust strategic partnership, it is cultural diplomacy that lays the cornerstone by building trust and understanding.  The historical relations between India and its South East Asian neighbourhood go as far back as 2000 years mainly anchoring upon maritime trade and commerce, expansion of regions like Buddhism, Hinduism, and Islam, architectural similarity, archaeological remains such as Buddhist stupas, monuments, temples, and sculptures, etc. Therefore, the diverse nature of the age-old maritime connection provides the foundation of this strong partnership. The primary agent of this relationship in the early years were the small groups of heterogeneous fishing and sailing communities with distinct languages, cultures, norms, and histories. They travelled across the maritime lanes unhampered and created settlements at different locations through bonds of kinship. Archaeological evidence and artefacts also hint at the strong historical presence of Indian trading and merchant communities in the Southeast Asian region. The presence of imperial powers in the 16th and 17th centuries renewed commercial relations in the Bay of Bengal region. But this was done to benefit the colonizers to extract commercial dividends. However, the mercantile class played an important agent in cultural exchanges. The trade route to the land which the people of South East Asia often referred to as swarnabhumi, Tokola, or Narikeldeep was connected by both lands and by water. The land route was via Bengal, Assam, Manipur, and Burma, and the sea route connected to the coromandel coast, Bay of Bengal to Cape Comorin via the Malacca strait to the Malay Peninsula. Alongside trade Indian culture, thought mythology, artistic motifs, and style also reached the coast of Southeast Asia. The acculturation process is still evident in many Southeast Asian societies even today as the Indonesian Airlines is named Garuda (In Hindu mythology it is the vehicle of lord Vishnu) and the idol and monument of Hindu gods and goddesses are prominent in many places in Indonesia, Laos, and Cambodia.

To understand cultural diplomacy in the context of present-day India it is essential to acknowledge the relevance of India’s understanding of the philosophy “Vasudhaiva Kutumbakam” i.e the whole world is a family that broadly captures the understanding of composite culture that is inclusive. And it is this pluralist understanding that is also enshrined in our constitution. Different government organizations and cultural bodies work towards the promotion of democratic, secular, and pluralistic ethos. Indian Ministry of External Affairs along with the Ministry of Culture has created a framework to pursue and oversee the promotion of India’s cultural ties. In 1950 Indian Council of Cultural Relations was established as a primary agency for the promotion of cultural ties at the governmental level. However, ICCR is not the sole promoter as its main objective is to facilitate cultural participation, so it also encourages other non-governmental bodies in promoting understanding and connectivity.

The real push in reviving the connection between India and the South East Asian countries came with the admission of India as ASEAN’s sectoral Partner in 1992 and Dialogue partner in 1995. Indian Prime Minister in 1996, I K Gujral highlighted the strong cultural capital of both India and ASEAN member states which is under-utilized. He emphasized the strength of cultural relations to embellish other economic and political relations. The next important milestone was the commemorative Summit held in Delhi on 20 December 2012. It recognized cultural diplomacy as a two-way process and brought substantial changes in its practice. The ASEAN-India Summit vision statement, of 2012 emphasized cultural cooperation through people-to-people contact and focused on the dissemination of Knowledge, study, and documentation history of these countries, building strong institutional contacts between parliamentarians, academics, media personnel, Experts, and Analysts at Think Tanks and other Track II institutes. This vision statement resulted in some practical implementation of Programmes like ASEAN-India Artist Camp: Partners in Residency in Darjeeling West Bengal On June 2012 which brought around 20 painters together. ICCR organized the ASEAN-India Civilizational Dialogue in Patna in July 2012 to build a strong ‘Pan-Asian Identity’. Exhibition of Archival material, Gala Cultural Performance at the Rashtrapati Bhawan, and ASEAN-India Car Rally are some of the programs and events organized to cooperate in cultural spheres. In 2013 under the leadership of Minister of External Affairs Salman Khurshid the ASEAN-India Centre at the Resource and Information system was launched 2013. This added a new dimension to Cultural Diplomacy.  Many South-East Asian countries and East Asian Countries like China, Laos, Thailand, Australia, Japan, and Singapore provided the initial funding for setting up Nalanda University at Rajgir in the State of Bihar.

The first cultural center was established in Jakarta in 1988 and later another was established in Bali, Indonesia in 2004. Apart from Indonesia, India has cultural centers in Thailand, Kuala Lumpur, and Myanmar. In the year 2017 to commemorate the 45 years of diplomatic relations between India and Vietnam, the cultural Centre was set up in Hanoi. Education has also emerged as a two-way channel of connectivity between India and ASEAN members. Countries like Malaysia and Thailand have very strong student exchange programs. Every year more than 1000 Malaysian students come to study Medical and Dental Sciences in India. Cultural and people-to-people exchanges continued to grow and the embassy in collaboration with the Ministry of Culture and Local organizations organized various Festivals in India. Conservation of Heritage sites has been another important area for cooperation between India and ASEAN member-state. India has funded projects for the restoration of the UNESCO world heritage site at Vat Phu in Laos, Angkor Wat Temple in Cambodia, and Ta Prohm Temple in Siem Reap. The Government of India also donated a 16-foot replica of the Sarnath Buddha Statue that was installed at the premises of Shwedagon Pagoda in Yangoon. The diverse ethnic and cultural affinity has also increased the scope to further tourism especially religious tourism, eco-tourism, and cultural tourism. Trilateral Highway projects, therefore, hold a strong relevance in building connectivity and reviving Buddhist linkages to strengthen its stake in South East Asia. By developing Buddhist Tourist circuits India can benefit by welcoming Buddhist scholars and religious monks and tourists.

India-ASEAN has jointly promoted various Media programs and exchanges, Art-exhibitions like ‘Merging Metaphors’. Bollywood, Music, and Cinemas remain a very strong vehicle of connectivity between India and ASEAN member states. Indian Diaspora is also an asset for South-East Asian countries. There are more than 4 million Indian Diaspora in South East Asia. In the globalized world labour migration through Multinational companies is a common phenomenon and this migration ensures huge remittances for the home country. North-East India is also considered a Gateway to South-East Asian States and has a very strong people-to-people connection. However, there is a very strong potential for cooperation in religious tourism between India and Southeast Asian Countries. The India-ASEAN relationship completed 25 years in 2018 and a commemorative summit was organized on 25 January 2018 with the theme based “Shared Values and Common Destiny.” To mark their growing partnership 10 Head of State graced the ocean as Chief Guests at the 69th Indian Republic Day Parade. The event also marked the inauguration of Bharat-ASEAN Maitri Park in New Delhi, the conferment of the Padmashri award to 10 ASEAN nationals also showcased a strong determination to strengthen their relations.

ASEAN remains the main focus for India’s Cultural Diplomacy as the civilizational cultural linkages continue to thrive with a major thrust on people-to-people relations. The success story is based on the existence of pluralistic ethos in all the member states and the recognition that it is mutually beneficial for everyone. The shared culture, civilizational ties, religious affinity, maritime relations, and historical linkages can help better to resolve challenges and move towards a comprehensive strategic partnership. High-level visits and exchanges have undoubtedly spurred up cultural ties and the recent government has been focusing on reviving the historical past. The people are the real agent and the Indian government is trying to sustain various aspects of cultural ties by establishing and funding a large number of local cultural organizations as local participation is essential for any sustained cultural essence.

The contemporary geopolitical dynamics and fast-changing global society requires a robust approach to dealing with different challenges. India and ASEAN need to deliberate on issues so they can cooperate effectively, share mutual respect, coordinate, and learn from each other. Therefore, cultural linkages have become important while India-ASEAN marks 30 years of friendly relations promoting the unifying spirit and establishment of a better balance between economy, culture, and climate sustainable outlook.

Dr Sreshtha Chakraborty
Author holds a PhD from the School of International Studies, Jawaharlal Nehru University and currently working as an Assistant Professor in Political Science at MRIIRS.
Tags:
Share:
Share this...