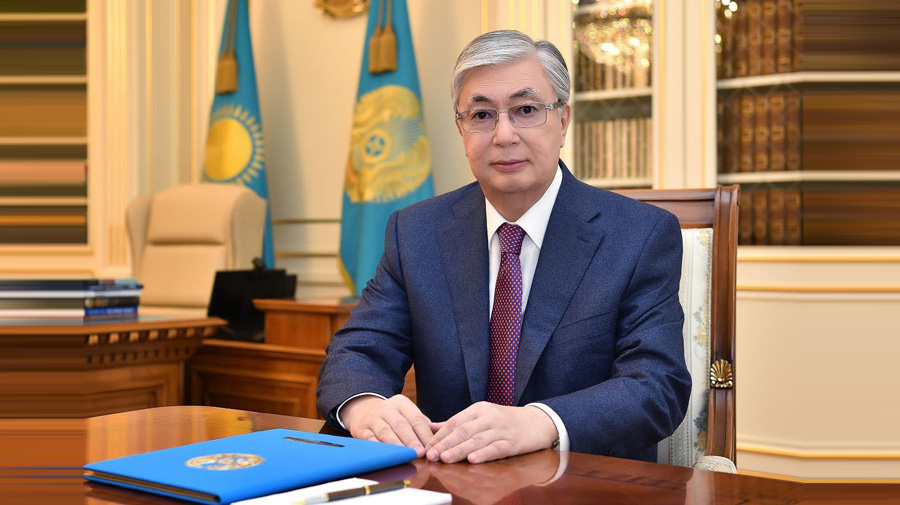 Since widespread protests at the start of this year, Kazakhstan has advanced toward significant reforms—not just in its socioeconomic policies but also in the country’s constitutional and political system. President Tokayev’s comprehensive reform proposals included eradicating corruption while enhancing checks and balances, good governance, and human rights protections. However, the full achievement of Kazakhstan’s objectives depends on developing strong democratic institutions and a vibrant civil society. The constitutional amendments proposed by Kazakhstan’s President will help to strengthen the country’s democracy and civil society. His reelection in the early presidential elections reflects the confidence the Kazakh people had in him, and it will confirm that these reforms will be fully implemented for the good of all sections of the society.

In an early presidential election held on November 20, 2022, the Kazakh people voted for a fair government, incumbent President Kassym-Jomart Tokayev’s campaign slogan. The presidential election results can also be a validation of the Tokayev government’s recent reforms and constitutional amendments enacted in response to the January protests. The change in the presidential mandate is one of Kazakhstan’s most important constitutional changes, which restricts a president’s term to a single seven-year term. This change was made in order to increase the electoral process’s transparency and democratic value while also removing the possibility of monopolisation of power. Another significant development of Tokayev’s policies is sharing power between the President and other political institutions and upholding human rights.

Six people have competed for Kazakhstan’s top leadership position. The People’s Coalition nominated incumbent President Kassym-Jomart Tokayev, the National Alliance of Professional Social Workers nominated Karakat Abden, the Amanat Commonwealth of Trade Unions nominated Meiram Kazhyken, the National Social Democratic Party nominated Nurlan Auesbayev. Moreover, Saltanat Tursynbekova, a candidate of the Qazaq Analary – Dasturge Zhol public association, and Zhiguli Dairabayev was an Auyl Party candidate. The Open Society Institute released the exit poll results from the November 20 presidential election. According to the exit poll results, President Tokayev was expected to win with a majority. According to the institute, President Tokayev received 82.45% of the votes. I’m against everything that was a choice made by 5.2 percent of voters in this election. The exit polls results were as follows:

The results of this election were anticipated to indicate whether or not Kazakhstan’s citizens were ready for significant changes amidst the direction President Tokayev chose for a new Kazakhstan with a listening and responsible government. The referendum held in June of this year showed that the Kazakh government is headed in the right direction, and the election results will give President Tokayev even more support.

Numerous national and international observers who participated in these elections confirmed their credibility as free and fair. This also surprised international observers because Kazakhstan had recently experienced large-scale unrest instigated by external forces seeking to destabilise the country. During Election Day, Speaking with the locals in Kazakhstan’s rural and urban areas revealed that voters were excited about the election, with the majority saying they would vote for Tokayev. From conversations at polling stations and meetings with presidential candidates and their representatives, one can also conclude that the opposition is now playing a significant role in Kazakh politics, which was not previously the case. According to some observers, the opposition had very little time to prepare for the elections. Kazakh population has been positive and in favour of Tokayev running for President. They added that they had not been coerced or under any pressure to support any candidate during the elections.

The resounding victory of President Tokayev shows that the Kazakh people have confidence in him, and it is now up to him to keep his commitments to them. He held a referendum on reforms he had started for the new Kazakhstan after the protests in January. The Kazakh President has made wise choices, including changing the presidential mandate, establishing prosecutor courts, and granting amnesty to the January protestors, among other things, which has helped him garner more support from the citizens. As the regional and global geopolitical landscapes change, Kazakhstan faces numerous difficulties. Astana has, up until now, adopted a neutral stance while pursuing a multi-vector foreign policy. President Tokayev can overcome obstacles and bring stability to the country due to his experience as a diplomat and his potential as a visionary leader. Now that he won with a majority in Kazakhstan, the country will benefit from a stable political system that promotes growth and development. Shri Narendra Modi, the prime minister of India, congratulated President Tokayev on his reelection as head of state of the Republic of Kazakhstan. He added that Kazakhstan and India could deepen their multifaceted bilateral ties under his leadership.