Unveiling the business opportunities in Azerbaijan 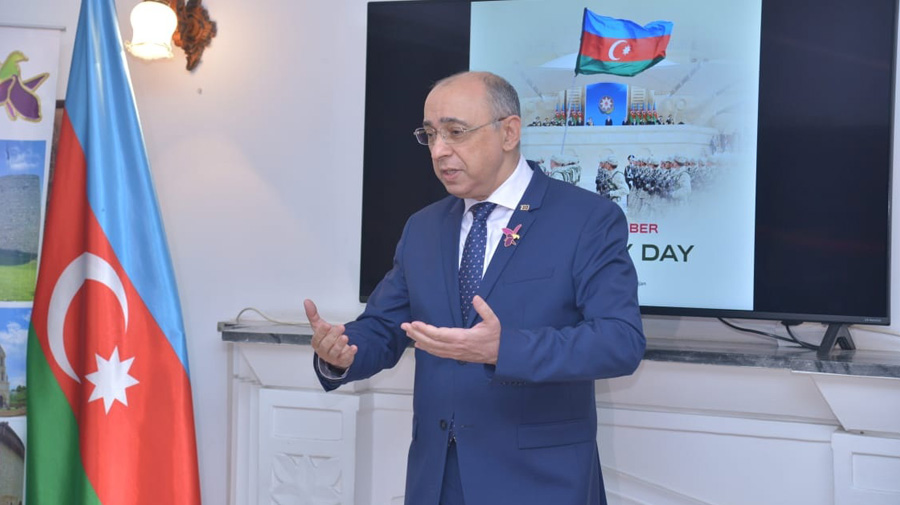 Global Trade and Technology Council (GTTCI) along with the Embassy of Azerbaijan has organised an interaction in the embassy with the Ambassador of Azerbaijan on the eve of the Launch of Direct flights from Mumbai to Baku, Azerbaijan.

Since the oil boom in Azerbaijan in 2005, the economy has grown to a great degree. As one of the booming industries, recent Azerbaijan investment opportunities focus on this direction, hotels, hostels, guest houses, rent-a-car services, tourism companies and travel services, and related tourism-supportive services are in great demand.

GTTCI thus organised a special program at the Azerbaijan embassy to help its stakeholder leverage emerging international trade opportunities in the stated geography. GTTCI founder president Dr Gaurav Gupta, speaking on the occasion emphasised that the idea of the Council was to raise awareness about covering the social, cultural, political, and economic contribution of tourism towards gaining the Sustainable Development Goals between India and Azerbaijan. Ambassador of Azerbaijan to India, Dr Ashraf Shikhaliyev, reminded the participants on the occasion that November 8 will be the second anniversary of the victory of Azerbaijan in the 44-day patriotic war when Azerbaijan liberated its territories which were occupied by neighbouring Armenia for almost three decades.

The ambassador spoke on the vast reconstruction works conducted by the Government of Azerbaijan in the liberated territories. Dr Shikhaliyev stressed that according to the decree by the President of Azerbaijan, smart cities and smart villages will be reconstructed in the liberated territories with the use of green technologies. He invited the Indian construction, IT technology, hi-tech and renewable energy companies to participate in the reconstruction projects. The ambassador also made a presentation on investment opportunities in Azerbaijan, the special economic zones of the country and invited Indian companies to do business in Azerbaijan. Talking about the way forward, GTTCI concluded that it’s time to turn tourism and related business into an opportunity by redesigning the existing business model into a long-term sustainable and resilient tourism industry. Some Facts About Karabakh War

The Karabakh war resumed after Armenia had shelled Azerbaijani civilians and military positions along the border line on September 27, 2020. The Azerbaijani Army launched a counter-offensive operation, later called the “Iron Fist”, on September 27. The war ended on November 10, 2020, with the signing of a trilateral ceasefire deal by the Azerbaijani, Russian and Armenian leaders. The Azerbaijani army declared a victory against the Armenian troops. The signed agreement obliged Armenia to withdraw its troops from the Azerbaijani lands that it had occupied since the early 1990s.

In the war unleashed by Armenia, Azerbaijan’s Ganja, Barda, Yevlakh, Beylagan, Tartar, Gabala, Goranboy, Aghjabadi, Khizi, and other cities and districts far from the theatre of war operations, came under Armenia’s missile and artillery fire. International human rights organisations like Amnesty International and Human Rights Watch verified the use of banned cluster bombs and missiles by Armenia in its attacks against Azerbaijani cities in gross violation of international humanitarian law.