India’s presidency of SCO in 2023 and Iran’s entry 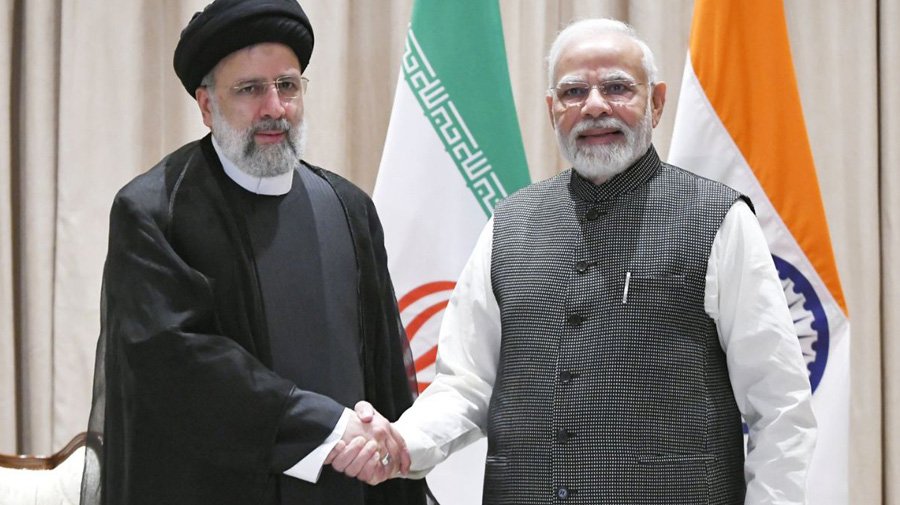 On September 15-16, the Council of Heads of State, the highest decision-making body of the Shanghai Cooperation Organisation met for their 22nd Summit in Samarkand, Uzbekistan. The Samarkand Summit was much discussed amidst the Russia-Ukraine conflict as well as the crisis across the Taiwan Strait.  Global politics is going through a phase of complexity as new forms of conflicts are emerging in Asia and Eurasia. The Samarkand Summit witnessed an expansion of its membership in Asia. Such tumultuous times and expansion of SCO prompt an examination of Iran’s entry into SCO, an assessment of the significance of India’s presidency of SCO in 2023, as well as the opportunities and challenges New Delhi would face.

Until September 2023, India would be the President of the SCO. This rotational presidency is significant for India for three major reasons. First, from a regional perspective, amidst the tensions over the Sino-Indian border and politically unstable neighbourhood, being the first South Asian country host of SCO, how India would project itself would be significant for the region. Second, from a geopolitical perspective, New Delhi could be seen renewing its policy towards Central Asia which also implies a change in understanding of the extended territorial neighbourhood. Consequently, the upcoming presidency would be significant for New Delhi’s reach toward Central Asian countries. Third, the SCO presidency is preceded by India’s non-permanent membership in the United Nations Security Council and would be followed by India hosting the G-20 summit. Thus, the tenure will reflect any continuity or change in New Delhi’s understanding of multilateralism and its behaviour in international and regional organisations.

Expansion of SCO and Iran’s entry

Figure 1 depicts the expansion conducted in the Samarkand Summit. The development of Iran being inducted as a member state in SCO expands the reach to the Middle East which was formerly restricted to Central Asia and Eurasia. Iran’s entry into SCO implies the country’s access to Central and South Asian markets as well as greater economic engagement with Russia and China. Consequently, the deadlock in negotiations with Washington and the sanctions imposed have hampered Iran’s economic growth from 2018 to 2022. Membership in SCO provides the country with an opportunity to revive its economic growth and trajectory.

The driving force behind these countries willing to join SCO is first, the emergence of Asia as an economic nerve centre and second, the need of these countries to balance the growing tensions between the US and China. In November 2019, the then SCO Secretary General, Vladimir Norov mentioned that SCO accommodates approximately 40 percent of the world population and around 30 percent of the global GDP (in terms of purchasing power parity) (Beijing hosts briefing with SCO Secretary-General, 2019). Hence the organization provides ample opportunities on multilateral as well as bilateral levels for Arab and Gulf countries to diversify their economic engagement and have access to a broader Asian market. Amidst the growing tensions between US-China and Western Europe-Russia, accession to the organisation also provides an opportunity for these countries to balance the tensions and pursue their strategic interests.

Opportunities and Challenges for New Delhi

The upcoming presidency provides New Delhi with several opportunities. First, the outreach to Central Asia and alluring these countries for increased engagement and interaction is the foremost opportunity for New Delhi. With Iran’s membership, the SCO could become a platform to provide connectivity and trade opportunities for Central Asia by raising the bar for Chabahar Port and International North-South Transport Corridor. Accordingly, India would get an opportunity to project the ‘Indian model’ of development and prosperity.

Coinciding with the G-20 summit, India gets a platform to project its economic prowess, trade and commerce capabilities, health and vaccine diplomacy, etc. Additionally, India could lead the rhetoric of post-pandemic recovery precisely for its neighbourhood. Thus, the presidency provides India with several economic opportunities in South Asia and Central Asia.

Amidst the recent floods in Pakistan and the ensuing environmental risks and challenges on the Western Coast and the Bay of Bengal, the SCO presidency also provides India with an opportunity to focus and talk more about climate relief and cooperation towards tackling environmental risks toward human security.

Central Asia, Eurasia, and South Asia are witnessing several challenges and conflicts. As the membership of the organisation expands, SCO might become more vulnerable to intra-regional differences and rivalries. For instance the Tajikistan – Kyrgyzstan conflict, the Russia-Ukraine conflict, the rivalries between the Middle East and the Islamic World, the recognition of Afghanistan, etc. Subsequently, the behaviour of India towards these states and conflicts would be significant as well as subject to more scrutiny. The expansion of membership also brings extensive differences and rivalries to the table. History suggests that SCO possesses a dismal track record of providing solutions to conflicts. In this regard, India would face two challenges, first to balance amidst the intra-regional differences and rivalries and second, as a chairman, to provide countries with a platform to resolve the issues.

In the Samarkand Summit, the difference between India and Pakistan over free transit rights was visible (Basu, 2022). The re-affirmation and support of Central Asian countries towards the Belt and Road Initiative would prove to be an impediment for New Delhi (Shanghai Cooperation Organization, 2022, p. 10). The categorical opposition to BRI and its flagship project i.e., the China-Pakistan Economic Corridor, prompts India not to endorse the project. On the sidelines of the Samarkand Summit, China-Kyrgyzstan-Uzbekistan agreed on the construction of a rail link road connecting these three countries (Putz, 2022). Hence, under the quest to project alternatives to transit and trade corridors, whether connectivity projects would be feasible amidst territorial disputes remains a major challenge for India to address in its presidency.

Another challenge for India would be the consensus of SCO members to tackle terrorism, separatism, and extremism. The geopolitics of Central Asia and South Asia is characterised by overlapping territorial disputes and ethnic conflicts. The understanding of terrorism differs among members like India, Pakistan, and China. For instance, for India, the state-sponsored terrorism by Pakistan remains a numero-uno challenge to its internal security. For China, the breeding of Uighur Militancy in its neighbourhood and for Pakistan insurgencies in Balochistan and home-grown terrorism in Khyber Pakhtunkhwa province remain a challenge. Accordingly, with the resurgence of the Taliban regime, the fears of the Islamic State using Afghan soil for terrorism remain a challenge and jeopardise the security environment in politically unstable South and Central Asia. With different understandings of terrorism, would there be a concrete consensus over how to tackle terrorism will be a bone of contention for SCO as well as for India to address in the upcoming presidency?

Iran’s entry into SCO has renewed the narrative of whether SCO is destined to become an anti-West coalition or not. While the presence of Iran, Russia, China, and the upcoming membership of Belarus support such narratives, the membership and presidency of India could be used to debunk such narratives. The presidency in 2023 would imply the need for New Delhi to strategically balance the regional rivalries and differences that Washington holds with Kremlin, Beijing, and Tehran. However, such an act only complements India’s policy of multi-alignment.

These prevailing complexities demand an act of fine strategic balance from New Delhi. While SCO could be an important platform for engagement with Central and South Asia, the presidency could be utilised as a tool for this strategic balance and would complement India’s aspirations at the multilateral level.

Shanghai Cooperation Organization. (2022). The Samarkand Declaration of the Heads of State Council of the Shanghai. Retrieved from http://eng.sectsco.org/load/914622/

Vasu Sharma
Author is an independent researcher based in India. He holds Masters in Geopolitics and International Relations from the Department of Geopolitics and International Relations, Manipal Academy of Higher Education. His specific areas of research interest include the security environment of South Asia, the Afghanistan-Pakistan relationship, nuclear deterrence in South and Southern Asia, and India's foreign policy.
Tags:
Share:
Share this...