Nepal at UN: Perspectives from Kathmandu 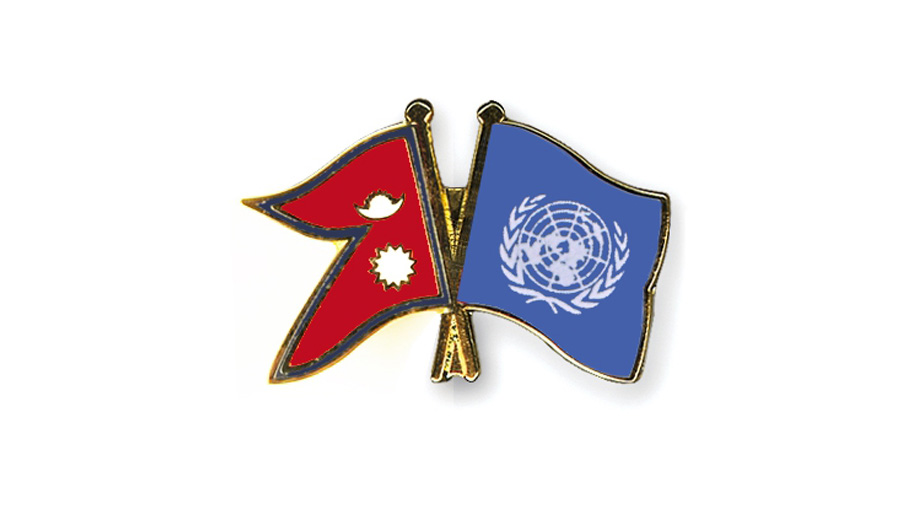 Nepal’s membership in the UN under the famous Package Deal in 1955 accession (16 countries joined UN) has turned 67 years while the UN’s existence has turned 76. The UN was engineered to convene an intergovernmental platform in a Post War World like its precursor international body the League of Nations (LoN). LoN met its unnatural nemesis when major powers transgressed international law in pursuit of their interests to avenge unjust decisions of the “Great War” of 1914-1918 meted out, particularly by Germany, Italy, Japan, and a lack of American participation. Whereas the UN is running its global operations despite topsy turvy world affairs without an outbreak of the Third World War since 1945.

Nepal is traversing these problems and challenges in one form or another in its means and resources and at times seeking help from the international community. International partners and donor agencies are supportive to contain these dangers and cater to development knowledge services wherein the UN and its specialized agencies are major intergovernmental global bodies at work in Nepal. Nepal also contributes to the UN budgetary system at Net assessment (in US$) increased from 195,176 US$ in 2019 to 202,479 US$ in 2021 growing at an average annual rate of 1.86% (Published by source: 16 September 2022 and Expected next release: 27 October 2022 knoema.com). While LDCs pay a maximum of 0.01% of the UN budget Nepal contributes 0.1%. Every dollar spent for Nepal should be accountable to the UN bursary. Thus, Nepal has achieved success and has unmet targets in global development goals. But our achievements must trump unachieved goals as a nation and as a responsible member of international society.

Firstly, Nepal is now the second largest troop contingent providing nation to the United Nations Peace Keeping Operations. This commitment resembles our dovish foreign policy amid great power rivalry and running conflict in war zones in the hotspots of the world. Our principle of peace is total and unflinching in our spiritual birth land of Buddha and the liberalism of Nepal’s worldview. Liberal peace and democratic peace are two fulcrums of our governance tied to prosperity, progress and ultimate expressions of bonafide citizens of both Nepal and the world in the 21st century.

If we recall even in Rana Oligarchy during the two Great Wars, our troops fought with the free world – open and democratic countries against autocratic, fascist and totalitarian regimes that were disturbing liberal regimes till the mid-20th century (1914-1945). Despite the home government’s conviction in contravention of democratic principles, Nepal’s position is not an apologia to agree with Ranarchy. On the contrary, Gorkhalis deployed in the war theatre who in their valiant response interfaced with such demonic regimes felt the urging for freedom and democracy back home also. This had the direct and indirect inspiration to many freedom-seeking movements at home that could not be negated and in fact, was their providence to realize dreams that democracy can deliver us at home. These have been uttered in memoirs of Gorkhalis in two Great Wars scattered hither and thither.

Thus, international peace and security in tandem with principles and purposes of the United Nations Charter have been Nepal’s foreign policy guidelines in the Constitution of Nepal 1990, 2007, and 2015. Nepal espouses norms and values of world peace and follows international law. There can be multiple analyses and different dimensions to Nepal’s vow constitutionally. But principally we can ascertain and be clear that the sanctity of Nepal’s sovereignty must not be compromised and the UN acknowledges equality in sovereignty. The world community at UN gatherings has to listen to countries – not only the powerful but also the powerless, not only the great but also the small, not only a loud but also the feeble, not only the rich but also the poor, and opposites of any category of the country in the hierarchy of the world of states. Pluralism and diversity of human society reflect in the society of states too. Not only listening and paying attention to words but also translating them into action solidifies our conviction and journey of democracy that includes all and excludes none.

Nepal’s role would be pivotal in the coming decades to prove its mettle in democracy, good governance and sustainable development goals. Nepal’s achievements would supplement regional stability and our national and international aspirations provide us a space to contribute positive global goods and global services to the global fraternity where we might be needed as a friend in support of building blocs of peace and prosperity (India-China relations or the West Asia where the West has problematic relations and substantial Nepalese labor are hosted) and an honest unit and entity in the international community. This enriches our national identity with global roles and responsibility where our need is indeed imperative and crucial in the coming days. Our geostrategic premium is serendipity as well and our legacy and heritage in world religion, culture and tradition are no less insignificant amid the great civilization states of India and China. Nepal has to always oversee peace and truth prevail over violence and falsity. The UN is the right place for global engagements to pursue such noble ideals and project Nepal in the tall order of global affairs.