National identity in the era of global migrations 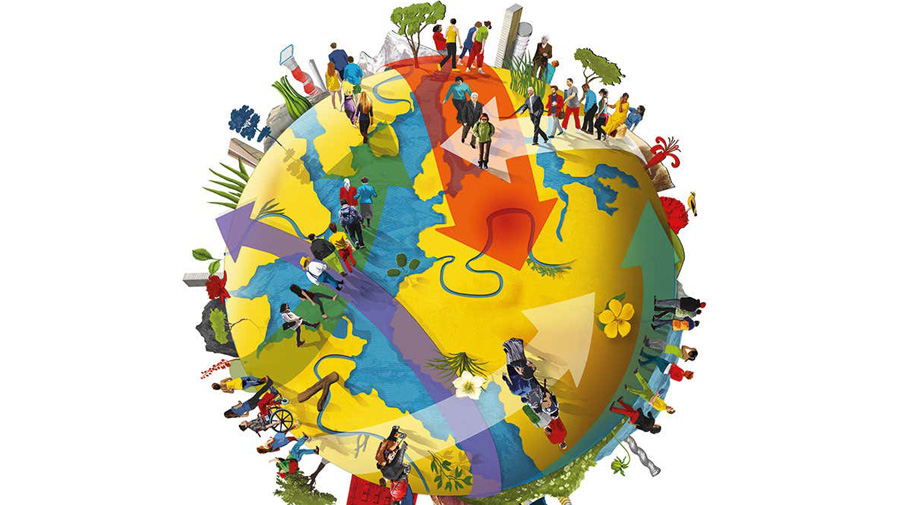 Secondly, migration processes contribute to strengthening the national identity of the country. Migrants, who are perceived as outsiders, contribute to the fact that the indigenous people of the country increasingly identify with their country. G. Ariely cites a number of studies conducted in Canada, Belgium and other countries, which showed that a negative attitude towards migrants contributes to self-identification in the native country. Residents of the country often perceive the behavior of migrants as wrong and unacceptable, which forms a positive attitude towards their people and their country.

A number of researchers believe that even under the influence of global migration processes, the national identity of the country practically does not change. A. Davidson writes that now migrants, most of whom are refugees, do not have a bright common identity. Such people are, as it were, in a “transitional period” and are gradually losing their sense of self including national identity.

Global migrations do not always lead to the spread of foreign habits and cultural characteristics in the country. Refugees, leaving the state, most often experience dissatisfaction and rejection in relation to its distinctive features. Some of the migrants aim to quickly integrate into the life of a new country and forget about their own national identity. As a result, there is only an increase in the number of people with the national identity of the country.

In our opinion, the disappearance of national identity as a person’s sense of self among countries that receive migrants is impossible in the near future. Most modern developed countries are aware of the problems of national identity and the need for adaptation of migrants. Migrants cannot exert significant political pressure on the state or take large-scale repressive measures leading to the loss of the country’s national identity. In addition, migration crises usually contribute to national cohesion within the country.

Thus, by national identity, we mean a person’s sense of self, a sense of belonging to a particular nation, distinguished by the presence of a single language, culture and traditions, political characteristics, etc. National identity can be subject to change and transformation. The modern world is characterized by the intensification of migration processes that have reached the global level. One way or another, the vast majority of countries in the world are involved in the migration process. Now migration processes are proceeding from south to north: from Asia and Africa to Europe, from Latin America to North America, from Central Asia to Russia. Migrants and the indigenous population of states differ significantly in their linguistic and cultural affiliation, social status, political values, etc.