United Nations’ performance in the light of contemporary global challenges 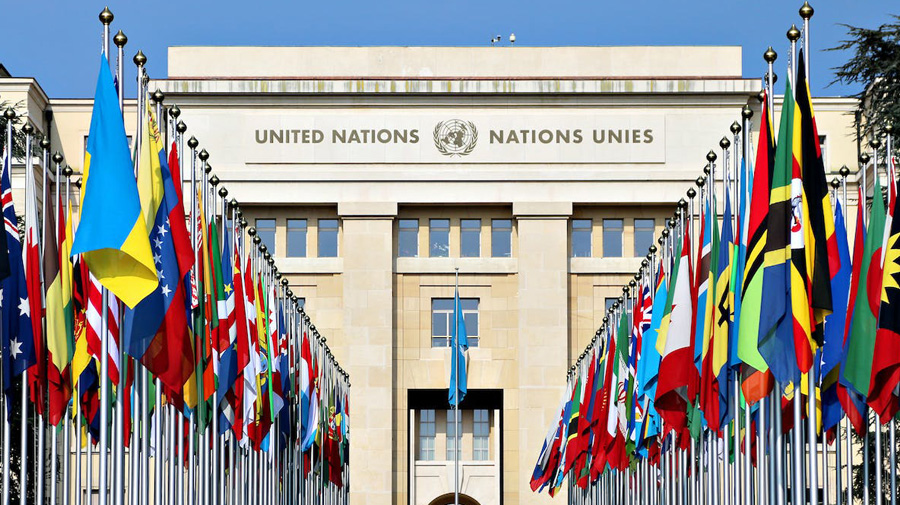 It is an undeniable fact that the United Nations plays an important role in our world. Since its establishment, its main aim is to be a beacon of international peace and security by all means. However, the organizations recently suffered from a lot of institutional, political and other problems, as well as problems within its significant organs like the General Assembly, International Court of Justice and most importantly, the Security Council. The United Nations has shown a lot of failures and inactions in tackling and solving a lot of contemporary political conflicts, civil wars, and humanitarian crises that have escalated since the Arab Spring’s revolutions in 2011. Moreover, the problems it suffers from have become more severe, and overwhelming and have been threatening its integrity, objectivity, credibility and effectiveness in the eyes of a lot of scholars, international experts, countries and populations.

United Nations at a Glance

The United Nations organization was established after the San Francisco conference was held in June 1945, and it is headquartered in New York, United States. The UN’s primary aim is to maintain international peace and security, to be a global umbrella that incorporates all the countries of the world, and to be a considerable and successful experiment as the first permanent international organization in modern history, after the collapse of “League of Nations” with the escalation of World War Two in September 1939.

Before the establishment of the UN, there was another international organization called the “League of Nations” that was founded after the signing of the Versailles Treaty in Turkey in 1919. The League lasted for twenty years, from 1919 to 1939. The League of Nations was supposed to be the first international organization in the world, yet it suffered from many problems. For instance, it didn’t include all the world countries, particularly the powerful ones like the United States of America because of the Congress rejection and the Soviet Union till 1934, in addition to the withdrawal of many powerful countries from its membership like Japan, Italy, South Africa, Germany and Latin America countries starting from 1933, and the expulsion of Soviet Union in 1939 after five years of its membership because of its aggression on Finland. This made the organization vulnerable and had a biased European character rather than an international one. Moreover, its covenant recommended the unanimity of the member countries regarding any resolution or decision that shall be taken in the League in a way that made its implementation impossible in reality. Furthermore, the covenant didn’t ban the usage of military power against countries and this was the main reason behind the organization’s failure when Hitler triggered the flame of World War Two in September 1939. Hence, the League didn’t succeed in keeping its promise regarding maintaining global peace.

The foundation of the United Nations had passed through many destinations since 1941. During the escalating events of World War Two, a lot of discussions, conferences, declarations and meetings were held between the world leaders and Allied countries for the sake of establishing an international organization and providing a bright and peaceful future for the world and the future generations after a destructive war.

The foundation of the United Nations had passed through many destinations since 1941. During the escalating events of World War Two, a lot of discussions, conferences, declarations and meetings were held between the world leaders and Allied countries for the sake of establishing an international organization and providing a bright and peaceful future for the world and the future generations after a destructive war.

UN’s successes and failures since 1945 till now

Since the foundation of the United Nations, its role was ranging from positive to negative regarding various issues and crises in different fields. It made a lot of remarkable achievements and witnessed the signature of various conventions and treaties. To begin with, among its political achievements is avoiding the eruption of a third world war, delivering aid and food for Palestinian civilians since 1950 through the United Nations Relief and Work Agency for Palestinian refugees (UNRWA). In addition, it helped in ending the triple aggression on Egypt in 1956 and establishing the World food program (WFP) in 1960.

It also helped in ending the civil war in Salvatore, ending the conflict between Iraq and Iran during the Persian Gulf War in the 1980s, and demolition of the Berlin Wall and Germany’s unification in 1989. Furthermore, it played a vital role in sending 42 peacekeeping troops and monitoring ceasefires in conflict zones and unstable areas, resulting in rewarding the peacekeeping forces with Nobel Prize for peace in 198875.

Last but not least, it contributed to the withdrawal of Soviet troops from Afghanistan in the 1990s. United Nations Commission on Human Rights enhanced democracy and free elections in more than 45 countries through its investigations and technical assistance.

United Nations also witnessed the signature of dozens of significant conventions and treaties on the political, humanitarian, environmental and diplomatic levels.

Among them in the political and humanitarian fields are the:

a) Universal Declaration of Human Rights in December 1948 after Truman’s request from the UN to declare an “International Bill of Rights” to respect human rights and stop the aggressions that were committed in World War Two.

b) the signature of the Refugees’ Convention in 1951 regarding the rights granted to the refugees during conflicts and managing many refugees’ crises after World War Two.

c) and signing a very important treaty which was the treaty on the Non- Proliferation of Nuclear Weapons in 1968 in order to enhance global safety by preventing the countries from disseminating nuclear weapons and facilitating the implementation of the International Atomic Energy Agency’s safeguards regarding peaceful nuclear experiments.

Moreover, the United Nations Convention on the Law of the Sea in 1982 was released to govern the territorial boundaries of countries and the continental shelves, and the rights granted to each country to utilize the international waters and its assigned economic zones.

On the environmental aspect, it took an important step toward climate change mitigation by the:

a) signature of the Kyoto Protocol in Japan in 1998. It is considered to be the first measure taken regarding climate issues to decrease Greenhouse Gas emissions (GHG) and mitigate the global warming phenomenon and it was a further development of the United Nations Framework Convention on Climate Change (UNFCCC).

In the diplomatic field, the United Nations Conference on Diplomatic Intercourse and Immunities(UNCDII) in Vienna witnessed the signature and ratification of three principle conventions which are:

a) “Vienna Convention on Diplomatic Relations 1961”,

b) “Vienna Convention on Consular Relations and Optional Protocols 1963”, and

c) “Vienna Convention on the diplomatic representation of states in their relations with international organizations of a universal character 1975”.

Moreover, it witnessed the signature and ratification of many conventions and statutes that established a lot of international organizations and courts like IOM, ICAO, IAEA, ICC, and others.

On the contrary, the organization failed to solve a lot of international contemporary conflicts. Among them are the Arab-Israeli conflict, the peace negotiations between Israelis and Palestinians and the failure of peacekeeping operations in Somalia, Rwanda, and Bosnia in 1990s, which Kofi Anan described as the greatest failure cases of the UN. Moreover, it failed in solving other political conflicts like the Syrian crisis, Yemen crisis, Libya’s crisis, Iraqi crisis, Somali crisis, and the civil war in Sri Lanka (1983-2009) and the Russian-Ukrainian conflict on the Peninsula of Crimea in 2017.

In addition, it failed in solving many border and maritime conflicts in different regions like the conflict in the province of Kashmir between India, China and Pakistan, the Southern Chinese Sea between the “ASEAN” countries and China, and the Mediterranean Sea geopolitical conflict between Greece, Cyprus and Egypt from one side and Turkey from the other side. Additionally, it didn’t play an influential role in combating terrorism and the protection of minority rights in many regions in the world, especially in the Middle East, Africa, China and Myanmar, as well as other crises around the world. Furthermore, the peacekeeping operations working under the UN slogan face severe difficulties and accusations in their missions, especially in African countries and Haiti.

A great portion of these problems haven’t been solved until now because of several reasons, one of them is the abuse of veto power by the permanent countries to refuse certain decisions that are not in their interest, or in other words due to lack of cooperation and consensus among the Security Council’s member countries and especially the powerful ones like Russia, USA and European countries.

Another significant reason is the absence of clear clarification or the presence of some deficiencies in some of the charter’s articles which hindered taking the quick, suitable and right actions by the UN to handle these situations and crises, created problems of bureaucracy concerning implementation, and paved the way for the powerful countries to implement them according to their whims.

A third reason is the existence of major administrative problems in the institutional framework of the international organization as well as its recent exposure to financial crises.