Chandigarh: A Rare Epitome of Modernization 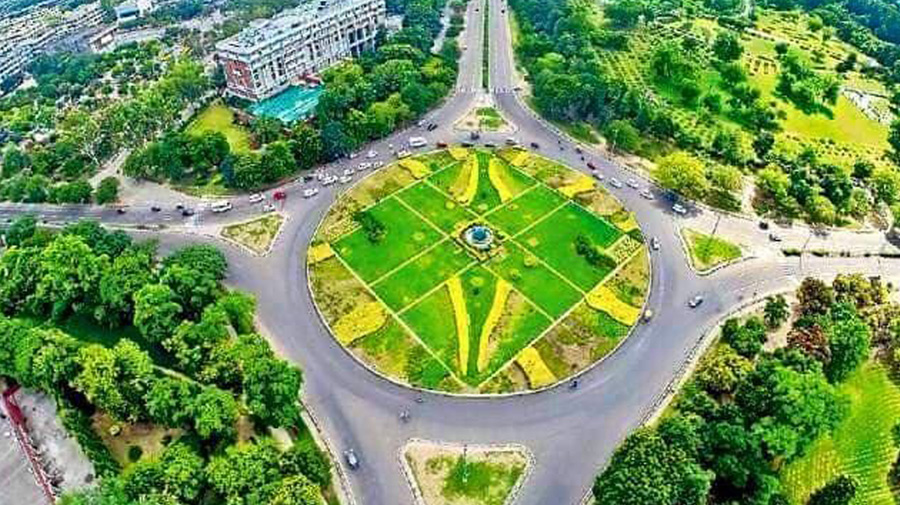 Chandigarh is located by the foothills of the Shivalik Range of the Himalayas in northwest India. It covers an area of approximately 114 km2. It borders the states of Punjab and Haryana. The city lies in the northern plains and includes a vast area of flat, fertile land. Towards the northeast, it covers parts of Bhabar and the remaining terrain is part of the Terai. Cities surrounding Chandigarh are Mohali, New Chandigarh, Patiala, Zirakpur and Rupnagar in Punjab, and Panchkula and Ambala in Haryana.

The foundation stone of the city was laid down in 1952. Chandigarh was planned and designed in the 1950s and 60s by the French-Swiss master architect Le Corbusier, along with architects Jane Drew, Pierre Jeanneret, and Maxwell Fry, and a number of Indian modernists. The city was the vision of Pandit Jawahar Lal Nehru and it represented a break with India’s colonial past and embodied a distinctly-Indian form of modernism. Its roots were based on the values of democracy, socialism, secularism, and non-alignment.

In 1952, when Pandit Jawahar Lal Nehru first visited Chandigarh, he had said, ‘Let this be a new town, symbolic of the freedom of India, unfettered by the traditions of the past, an expression of the nation’s faith in the future”.

Low-cost housing was a priority for Chandigarh and the modern forms designed by Corbusier are characterised by a dispensing with colonial forms which focused on classic aesthetics and readjusting focus on other strategies like the usage of narrow frontages and orientation for minimising direct exposure to the sun and maximising natural ventilation and efficient cost while providing modern amenities in the International Style aesthetic.

Chandigarh is also known as ‘The City of Beauty”. This was derived from the City Beautiful movement, which was a popular philosophy in North American urban planning during the 1890s and 1900s. Initially, Chandigarh was planned and designed to accommodate around five lakh people but today, more than a million people reside in Chandigarh. The city has also expanded over time and today takes pride in being one of the cleanest cities in India and housing the happiest and wealthiest populations of the country according to many surveys.

On 1st November, 1966, the former state of Punjab was split into two. The western portion became the mostly Punjabi-speaking present-day state of Punjab, and a new state of Haryana was formed in the eastern and southern part, which was largely Hindi- and Haryanvi-speaking. Chandigarh was located on the border of the two states, and both states incorporated the city into their respective territories. Chandigarh was declared a union territory controlled directly by the central government and was to serve as the shared capital of the two states.

Chandigarh, as a union territory, is not entitled to a state-level election. The State Assembly elections are not held and it is directly controlled by the central government, however, one seat for Chandigarh is allocated in the Lok Sabha elections held every five years. The city is governed by a civic administration or local government headed by Municipal Commissioner and a Mayor.

Rajiv Gandhi Chandigarh Technology Park takes care of the information technology world. Chandigarh’s infrastructure, and its proximity to Delhi, Haryana, Punjab, and Himachal Pradesh, attracts IT businesses. Major Indian firms and multinational corporations like Quark, Infosys, EVRY, Dell, IBM, TechMahindra, Airtel, Amadeus IT Group, and DLF have set up base in the city and its suburbs.

Chandigarh Metro work was to start by 2019 with an estimated cost of around ₹109 billion. However, the project was turned down owing to its non-feasibility. Chandigarh has the largest number of vehicles per capita in India. Its wide, well-maintained roads and parking spaces all over the city help in local transportation. The Chandigarh Transport Undertaking (CTU) operates public transport buses from its Inter State Bus Terminals (ISBT). Chandigarh is well-connected by road to nearby cities.

Chandigarh Airport has scheduled commercial flights to the major cities of India. An international terminal was completed in 2015, and international flight routes to Dubai and Sharjah were started.

Chandigarh Junction railway station lies in the Northern Railway zone of the Indian Railways network and provides connectivity to most of the regions of India. The railway station also serves the neighbouring town of Panchkula.

Chandigarh is the only city in the world with monumental architecture which is set alongside whimsical and fantastical art installations. Its public gardens have 800 types of roses and a tranquil lake connected by wide, tree-lined boulevards. Chandigarh is loved by its people for various reasons like it is considered a global city, becoming an Education Hub, providing vast opportunities with a peaceful environment. Chandigarh, the city of the rock garden and Sukhana Lake is an epitome of modernization which co-exists with nature. The trees and plants are part of the construction plans as the buildings and the roads.