Liz Truss and the Future of India-UK Relations 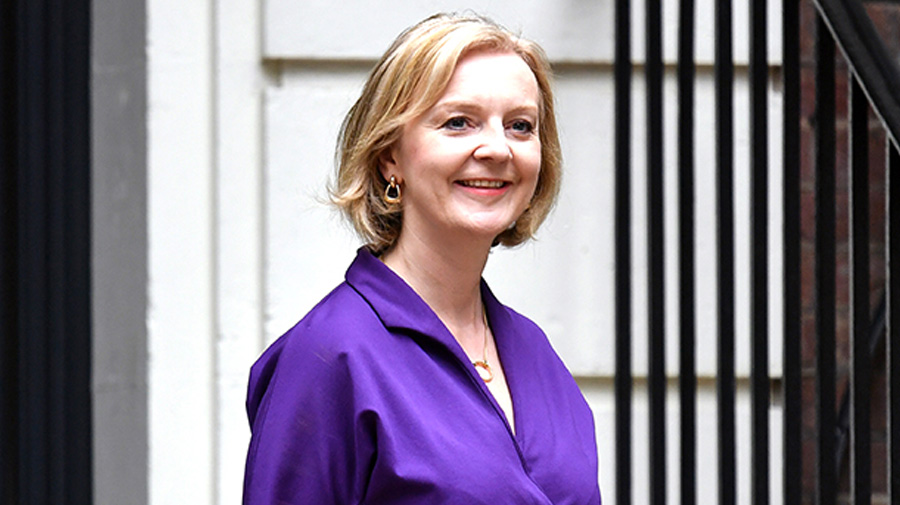 Rt Hon Elizabeth Truss or Liz Truss was elected as the third women Prime Minister of the United Kingdom (UK) on 6th September 2022 after defeating Rishi Sunak, the former Finance Minister, from the same Conservative party. Truss has previously served as the Secretary of State for Foreign, Commonwealth and Development Affairs during the Johnson-led government (UK government). Her being elected as the PM brings in new commitments and hopes for stronger India-UK relations. PM Modi congratulated Liz Truss on assuming the office of the PM and expressed his condolences on the demise of Her Majesty Queen Elizabeth II. Both leaders discussed about strengthening bilateral relations, particularly in terms of defense, people and trade (MEA Press Release). This paper tries to look at how India-UK relations will shape under the new UK PM Liz Truss.

Liz Truss on the India-UK Relationship

India’s bilateral relationship with the UK has been cordial owing to factors like history, culture, trade, diaspora, etc. and which were further boosted during the last Johnson-led government. The same is expected to evolve during Truss’s tenure and both countries are optimistic about the same. As the Secretary of State for Foreign, Commonwealth and Development Affairs, Truss has always championed stronger India-UK ties. She visited India in March 2022 following the virtual meeting in May 2021 where India-UK relations were strengthened to ‘Comprehensive Strategic Partnership’( MEA Press Release ). She has referred to India-UK trade ties as a “sweet spot” and considers India as a “big, major opportunity” (UK-India ties).

Undoubtedly, for Truss, it’s going to be a very challenging role amidst the current situation in Europe vis-à-vis Russia, the internal economic distress, the increasing energy needs etc. How likely it is to have an impact on India-UK relations is to be keenly observed. Liz Truss while campaigning for the post of PM mentioned that she was “very, very committed” to the bilateral relations between India-UK and she looked forward to negotiating a trade deal covering everything “from life sciences to technology to agriculture”. She also mentioned that some of the “best and the brightest minds are in India” and she will try to work on the visa system that addresses the same (TOI). Thus, under the new leadership in the UK, the relations between the two countries are expected to evolve.

How does India perceive it?

India looks at its relationship with the UK from a multi-dimensional perspective. ‘Trade’ definitely remains a priority but there are other domains as well where talks are already underway between the two countries.

In terms of trade, currently, UK is India’s 18th largest trading partner and in 2019-20- India became the second-largest source of Foreign Direct Investment for the UK (Financial Express). Both countries shall now strive to negotiate the FTA for speeding up the trade over the next decade (UK government). Commitments are underway to get an FTA deal by Diwali or by the end of 2022 as set by the previous Johnson-led government. This FTA deal has the potential to take India-UK relations to new heights.

Apart from the trade relations, India is also looking at widening its areas of cooperation with the UK in the domains of education, health, technology, climate change, research and defence. Both countries are working towards extending the UKIERI (UK-India Education and Research Initiative) to bring research and people involved therein together. There are also talks underway between the two countries for collaborating on ‘clean energy’ as part of the climate change initiatives.  The two countries are looking at easing the migration process for their nationals in terms of addressing living and employment opportunities. These areas were already under consideration with the previous Johnson-led government and India is committed to carrying this forward with the newly elected Truss-led government (UK government).

Both the countries might also look at expanding their defence and strategic ties in the backdrop of Truss’s intent of working closely with India and other “freedom-loving democracies” to “build a global network of liberty” with an aim to counter China-Russia relations (Lowy Institute). Lastly, close maritime cooperation in the Indo-Pacific is also expected, considering the shared vision of both the countries for having an open, free, inclusive and rules-based Indo-Pacific (MEA Media Centre).

Amidst the ongoing challenges of Europe (and the EU), the Truss-led government will have to strive towards maintaining a balance between its foreign policy and its rising domestic economic distress but it is believed that the promises and approach of the Johnson-led government and the commitment of the newly led government under Truss will pave way for stronger India-UK relations. Appointment of Indian-origin Barrister Suella Braverman as UK’s new Home Secretary replacing former Indian-origin Priti Patel in the new Truss cabinet reasserts the continual legacy of forging stronger India-UK relations.