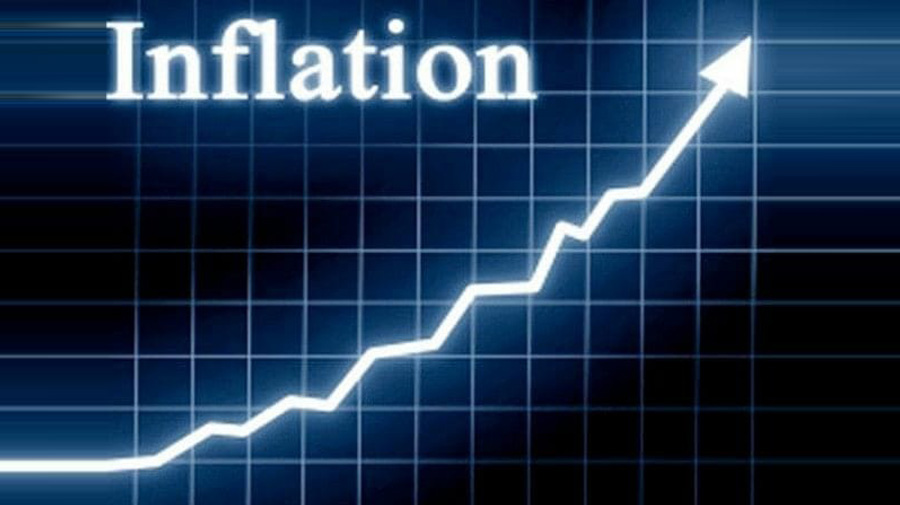 For the past few months, inflation has taken all economy’s attention as it has become one of the worrying factors across the world. Why is inflation a worrying factor for any economy? It is a worrying factor due to two major effects they are, i) Higher inflation often leads to a lower growth rate and less economic stability; ii) High inflation also means a decrease in purchasing power. Therefore, any economy needs to address the inflation problem at the earliest. India’s Central Bank, (i.e.) Reserve Bank of India (RBI) targets the inflation rate as a Monetary Policy Measure. Graph 2 shows the movements of inflation against the Repo Rate (i.e. Interest Rate—it is the rate at which the RBI lends to commercial banks). Whenever inflation rises, the RBI hasn’t raised the interest rate to control it, rather it reduced further (see the first circle). One can see from graph 2 that whenever there is a back-to-back reduction of interest rates, inflation has slowly increased (see the second circle). Once, Inflation touched its peak in April 2022 (7.78%), it forced RBI to increase its interest rates, with a special Monetary Policy Committee (MPC) meeting in May 2022.

They kept the Repo Rate unaltered for too long (say 2 years) — because of liquidity requirements as the pandemic took a toll on the economy. The most surprising part of the MPC decisions is even when the inflation has touched the maximum tolerance limit[1] of 6%, the MPC maintained the interest rate status quo.

[1] Under Section 45ZA, the Central Government, in consultation with the RBI, determines the inflation target in terms of the Consumer Price Index (CPI), once in five years and notifies it in the Official Gazette. Accordingly, on August 5, 2016, the Central Government notified in the Official Gazette 4 per cent Consumer Price Index (CPI) inflation as the target for the period from August 5, 2016 to March 31, 2021 with the upper tolerance limit of 6 per cent and the lower tolerance limit of 2 per cent. Let us ignore the higher inflation during Covid times—but, the inflation has touched a higher limit again in January 2022, since then inflation has constantly increased and touched its peak of 7.78% in April 2022, still, MPC maintained Status Quo till May 2022.

The question that remains is why Repo Rate has been unchanged for so long. One thing which is not clear is that as we know that inflation targeting is the policy target of MPC – then why did MPC wait till it reached 7%, and did not target inflation while it touched the tolerance level of 6%? It is important to understand that retail inflation has been above the RBI’s tolerance level of 6 percent for the seventh successive month.

Another important question which arises is do monetary policy alone can control inflation?

No, not necessarily. Much may disagree with this statement, but this is the truth in today’s globalized world.

Antonella Tutino and Carlos E.J.M. Zarazaga in Dallas Fed’s[1] Economic Letter, explain that in the case of Germany’s Hyperinflation (from 1921 to 1923) “If the fiscal authority commits to keeping prices below a given upper bound, it could successfully convince the private sector that runaway inflation won’t occur. Such a commitment implies that the government can raise the required revenue through taxes or the sale of state-owned assets. If households and businesses believe that such a fiscal policy will indeed be implemented if necessary, they will never expect inflation to spiral out of control. Thus, fiscal policy, not monetary policy, is ultimately responsible for the resulting price stabilization.”

The above statement clearly shows that fiscal policy has an equally important role in controlling inflation. India’s inflation is not only because of the monetary phenomenon, but there are supply shocks or say supply chain bottle-necks, unemployment, demographic trends, etc… Most of the time in India, the interest rate changes by RBI are not passed on to the public/people immediately by the commercial banks. So, inflation is not always a monetary phenomenon for India.

Inflation is prevailing and also a common problem across the globe now. A good policy mix (i.e. both fiscal and monetary inflation) is essential to handle inflation. They should address the present inflation problem at the earliest. The MPC alone cannot control inflation completely without the support of the fiscal policy. Therefore, policymakers should constantly monitor inflation and take necessary actions before inflation crosses the tolerance level.

This is a working paper. The Full paper will get published in a Treasury management in August Issue.