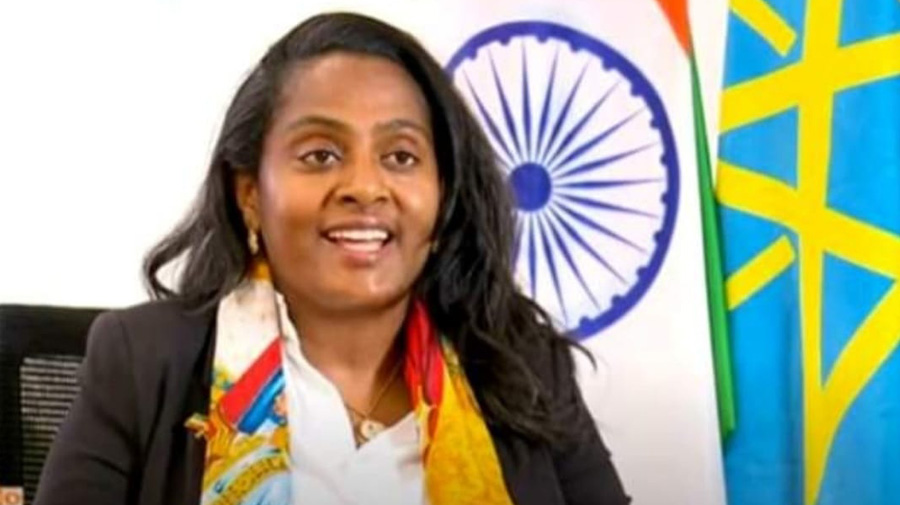 Having capitalized on the government’s unwavering commitment to seek peaceful alternatives to the north Ethiopian conflict, the International Community (IC) is expected to push the Terrorist TPLF to a round table discussion, the Ethiopian Ambassador to India pleaded.

Speaking to The Diplomatist, Ambassador Tizita Mulugeta (PhD) stated that the IC should acknowledge the government’s adherence to any kind of peace initiative for bringing sustainable peace and safeguarding its people.

Besides withdrawing its troops from Tigray State, the federal government has declared a humanitarian truce, released political prisoners, and organized a peace committee led by the Deputy Prime Minister. For all these positive gestures, the T-TPLF’s response was renewing the conflict and invading the Amhara and Afar states while putting its pseudo readiness for peace talk and ceasefire aside.

Ambassador Tizita further noted that the government of Ethiopia has then been taking defensive action to defend the sovereignty and territorial integrity of the country. “Up until now, even if the government of Ethiopia has clearly pointed out that it wants to see the faction for peace negotiation, its behaviour is clearly shown by attacking people, and even involving small children in armed conflicts. By conscripting underage children to active combat, the T-TPLF is violating the principle of international war.”

One of the behaviours of the radical faction is stealing different kinds of humanitarian aid and diverting all the necessary material to the militia and to the untended people. As a manifestation of this, the T-TPLF hijacked the 900 aid trucks out of 1000 that the government sent to Tigray last year. Very recently, it was also proved by WFP that the criminal faction has robbed more than 570 thousand liters of fuels, which is close to 12 fuel tanks and repurpose it for war, she elaborated.

Noting some international organizations and leaders have condemned this fact, the ambassador stressed that the Ethiopian government still wants the IC to pressurize and make the fuel return as it was meant to deliver aid to the needy people of Tigray. “International community needs to avoid putting both sides in equal status. Whatever kind of issues are passed; they shouldn’t be on equal terms. They need to pressurize the T-TPLF to stop its violence and be ready for peace talk without any preconditions since the government is ready to do so.”