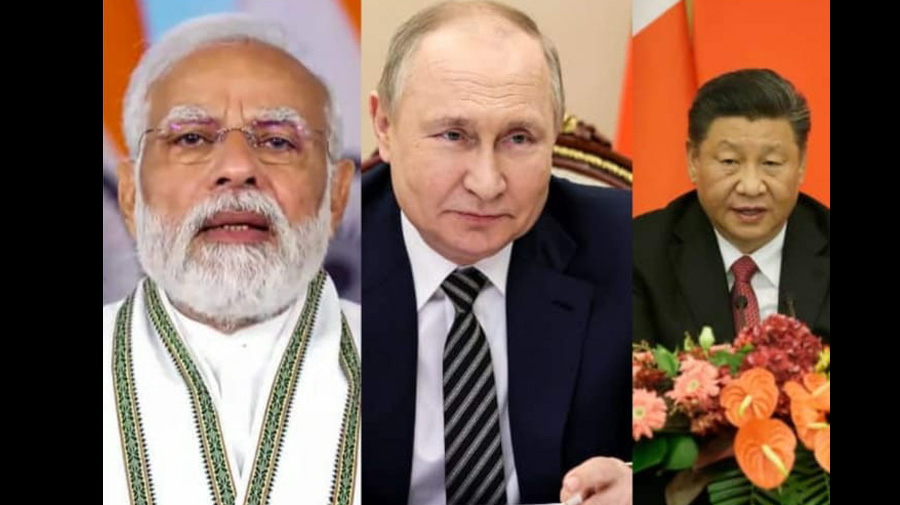 The 22nd Summit of SCO is scheduled to take place in Samarkand, Uzbekistan on 15-16 September 2022. This will be the first in-person summit as the previous two were held in a virtual format and hence, it holds significance to observe the summit this time. For New Delhi, its an opportunity to enhance ties with SCO members thereby giving further push to its Eurasian interests and connecting with Central Asia policy. However, the no-limit partnership between Russia and China and China’s carefully expanding footprints in Central Asia through the BRI initiative are some set of challenges for New Delhi for making a comfortable entry into the Central Asian region.

The present geopolitical environment in the backdrop of SCO Meet is a bit complicated. The Russian intervention has already impacted Central Asia and the Caucasus. A sense of apprehension prevails in the region for they are aware that Russia has the ability to create unrest in their countries. Further President Putin would not like Russia to be considered as the ‘Junior Partner of China in the region. The Sino-Russia relationship is likely to dominate the developments in regional affairs and groupings like the SCO. Whether the partnership is long-term or merely tactical in nature needs to be watched. However, it will certainly impact Eurasia in the near to medium term. China is also carefully approaching Eurasia where Beijing’s balancing act in the region concerns energy supplies. On one hand, China has invested billions of dollars in Central Asian oil and Gas projects, especially with Uzbekistan on the other, China has been careful not to create the impression that it is doing so to lessen its dependence on Russian resources especially, hydrocarbons. if Russia had greater financial resources at its disposal, it may have been able to prevent China’s dominance in Central Asia’ foreign trade. In the coming time, it is expected that the Russian economy will continue to lag behind China’s economy. While Russia’s attractiveness as a military ally means that CSTO’s Central Asian members will not seek to join a security alliance with China. Therefore, there is little Moscow can do to compete with China economically in the region. As the Sino-Russian relationship moves forward, Moscow has to carefully play cards and not let its sphere of influence affected because of the geo-economic game of China. Although ‘No limits partnership’ is on the deck, it would be interesting to see that how Sino Russian relationship will flourish, will it become cooperative or competitive in the foreseeable future that’s something time will tell. Whatever may be the case, a more cooperative Sino-Russian axis may create hurdles for India’s Eurasian rise. Perhaps, that’s why National Security Advisor Ajit Doval made an unannounced visit to Russia to share concerns with his Russian counterpart.

The SCO being located between these two areas of conflict (Eurasia and the Asia Pacific) and hence, there is a need to keep channels of communication and cooperation open within SCO to be able to manage differences. There is certain resentment/hesitation in Central Asian circles that they are called upon to express views that do not directly concern them, especially those which tend to antagonise the west. This has been brought to the fore by  the Ukraine crisis.  The Afghanistan issue complemented with terror crisscrossing is another issue which concerns the SCO members and the Central Asian region as a whole. Iran’s inclusion is another matter to watch, Iran’s enlarged economic interests in the backdrop of the nuclear deal might get some economic-political gains.

US A Keen Watcher of SCO?

SCO is a physically massive organization and interest play in this elephant size organisation was always something to watch for especially the military excercises. Many argue that with the inclusion of Iran and China-Russia dominant play might reflect SCO as an Anti-West organization and make US more concerned and watch developments of SCO more closely.

Where Does New Delhi Stand?

Eurasia is an important geopolitical region for India’s aspirations of becoming a major economic center. It is due to its strategic peninsular geographic location connecting various sub-regions of Asia and West Asia. This could well be facilitated by recent initiatives such as Make in India, Skill India and Digital India. It could well serve as a mechanism to harness India’s demographic dividend as well if India economically integrates with other parts of Asia.  The strategic reason is to expand the sphere of influence in the Central Asian markets and decrease its dependencies on the resources, especially on Russia. New Delhi made an attempt to move closer to Central Asian countries by calling them as guest on Republic day.   Keeping the same game plan in mind, India can capitalize on the opportunity of using SCO  as a diplomatic springboard or gateway to cultivate and strengthen its interests in the Central Asian region. This would further complement when India assumes the SCO presidency next year. However, as said, the growing China factor is an irritant in this case. India has to adopt more assertive and multifaceted diplomacy to keep a check on the China factor.

Srijan Sharma
Author is presently working as Research Assistant/ Researcher at the United Service Institution of India (USI)- India's oldest and one of the prestigious strategic affairs think tank. He has extensively written on security and strategic affairs for various institutions, journals, think tanks, and newspapers. He is a guest contributor to the JNU School of International Studies. He has also served as Defence Editor for a journal. He has done his graduation in BA (Hons) in Political Science from Kirori Mal College, Delhi University.
Tags:
Share:
Share this...