Tracing the Journey of UN Peacekeeping: India’s Contribution, Challenges and the dire need for Reforms 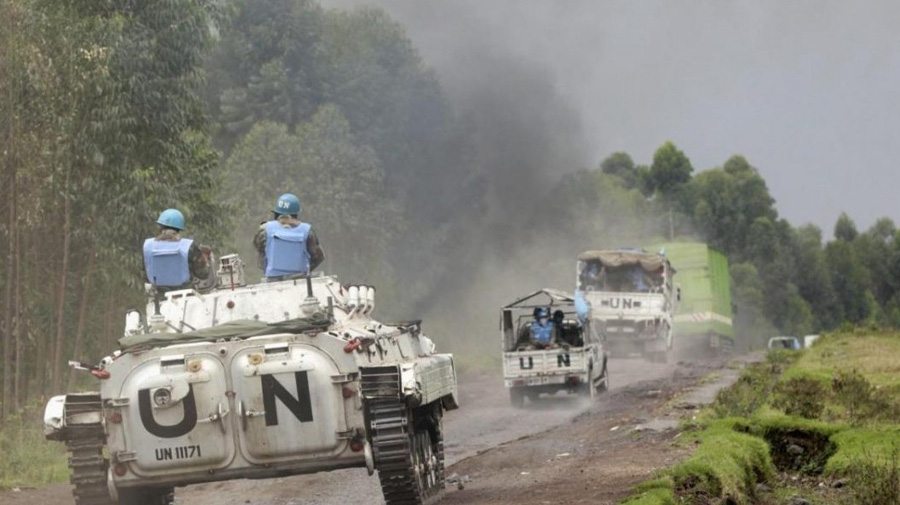 The recent sacrifice of two Indian BSF security personnel stationed as part of the UN Organization Stabilization Mission in the Democratic Republic Of Congo (MONUSCO) has once again brought to the fore the debates surrounding the idea of peacekeeping, the challenges it confronts, India’s glorious and a truly remarkable contribution to UNPK and the ever-expanding remit of peacekeepers around the world. These debates, at their core, are so germane that they present us with an opportune moment to understand the idea of peacekeeping using the theoretical tools available in the discipline of international relations in general and security studies in particular.

Deciphering The Concept of Peacekeeping

A mooting of the idea of peacekeeping represented the failure of the notions of collective security. The practical experience under the auspices of the United Nations, where the P5 used the power of veto to create roadblocks at regular intervals, frequently paralyzed the effective functioning of the United Nations Security Council during the cold war period in fulfilling one of its core objectives, which the UN charter emphatically encapsulated under chapter VII entitled “Action with Respect to Threats to the Peace, Breaches of the Peace, and Acts of Aggression” (Articles 39- 51). In the words of the second secretary general of UN Dag Hammarskjöld, “UNPK was proposed to protect UN from running out of relevance”. The website of UN Peacekeeping broadly outlines three basic principles which guide this extra-constitutional wing of UN Peacekeeping; Consent of the parties, Impartiality and Non-use of force except in self-defence or defence of the mandate.

Peacekeeping has been a highly evolving concept since its inception, and its flexibility has made it possible to deploy in many different and often tricky terrains and settings. Peacekeeping is considered a specialized task wherein the mandates are demarcated and have to be achieved through burden sharing, policing functions, stabilizing the on-ground situations, creating an amicable condition along with the support of police forces and the civilian stakeholders in an attempt to create a condition for durable and lasting peace. Rather than offensive, it is more of a defensive function that requires a great deal of restraint on the peacekeepers’ part and the necessary skills and proper training. With time, peacekeeping has become an extremely challenging task owing to the change-like conflicts from interstate to intrastate civil wars, thereby expanding the remit of peacekeeping operations. In addition to preserving peace and security, today’s multifaceted peacekeeping operations are required to support the political process, safeguard civilians, aid in the demobilization and reintegration of former combatants, facilitate the organization of elections, and preserve and advance human rights, and help restore the rule of law.

India was a pioneer in responding to requests from the UN to provide troops to maintain world peace and security from the first UN Peacekeeping mission in 1948 to monitor the ceasefire agreement between Israel and its Arab neighbours. India took the initiative to participate in UN Peacekeeping activities during the Korean Crisis in the 1950s. India took the lead during the 1950s Korean Crisis by providing troops and medical professionals to the UN Repatriation Commission in Korea, which was also led by an Indian general named Thimmayya. In the Congo Crisis of the 1960s, Indian forces made the ultimate sacrifice. As a result, Captain Gurbachan Singh Salaria, the only UN peacekeeper, was awarded India’s highest military honour, the Param Vir Chakra, for giving his life in defence of the UN’s Congo mandate.

Since then, more than 2,50,000 Indian soldiers have participated in 49 of the 71 missions UNPKOs have gone for. The greatest sacrifice of 177 Indian service members, the largest ever committed by a single troop-contributing country, was made due to India’s fifth-biggest troop and police personnel contribution.

Additionally, India holds the distinction of being the first nation to send an all-female force to Liberia. Indian peacekeepers have received the Dag Hammarskjold medal for their tremendous sacrifices and are renowned for their professionalism and competence. Indian peacekeepers have received numerous awards and commendations for building rapport with the local populace in some of the world’s most complex and challenging situations. Acknowledging their immense contribution, UNSG Antonio Guterres remarked, “My message is of gratitude for the enormous contribution that India has been giving to all causes of the United Nations but in particular to peacekeeping and (I) express my enormous admiration for the courage and the spirit of sacrifice of Indian peacekeepers – women and men, a high percentage of women – in support of the ideals of UN”.

Peacekeeping has changed over time, resulting in an ever-increasing complexity in the undertaking. India’s External Affairs Minister, Dr S. Jaishankar, presented a four-point framework during the UNSC open debate on “Protecting the Protectors: Technology and Peacekeeping” last year to outline a potential architecture for protecting UN personnel to handle modern challenges. The first step is to prioritize operationally tested, cost-effective, broadly accessible, dependable, and field-serviceable technology. Secondly, we also require vital information and an intelligence base. He emphasized India’s efforts to roll out the UNITE AWARE platform across a few peacekeeping deployments to achieve this. Thirdly, we must ensure that technological advancements are ongoing and accessible locally. Fourthly, there is a need for focus and investment in peacekeepers’ ongoing technical training and capacity building.

Since the troop-contributing countries are not included in the entire consultation process before sending the missions, it is necessary to institutionalize a strategy in which all key players, especially the troop-contributing countries (TCCs), are consistently and predictably linked to one another in the matrix of decision-making. The disagreement between the Global North and the Global South on troop contribution, budget, and the scope and mandates of peacekeeping operations is one of the most urgent challenges UN Peacekeeping must deal with.

The UN has recently made some concerted efforts to address the issue of sexual misbehaviour in light of cases of sexual abuse and assault. Resolution 2272, which holds peacekeepers liable for sexual assault, was approved by the UN Security Council. The UNPK has struggled with funding since it was founded. On March 28, 2018, UN Secretary-General António Guterres unveiled the Action for Peacekeeping (A4P) programme, which aims to reinvigorate Member States’ individual and collective pledges to bolster peacekeeping operations on the ground and resolve these contentious issues.

So, to put it succinctly, revamping peacekeeping is essential to ensuring that the UN remains relevant with its primary goal of preserving global peace and security. With its proven track record and rising global influence, New Delhi should take the initiative to strengthen this UN body. A concerted effort on India’s behalf would enhance her reputation and enable her to utilize her soft power optimally.