Pakistan’s Economic Freefall and its Implications 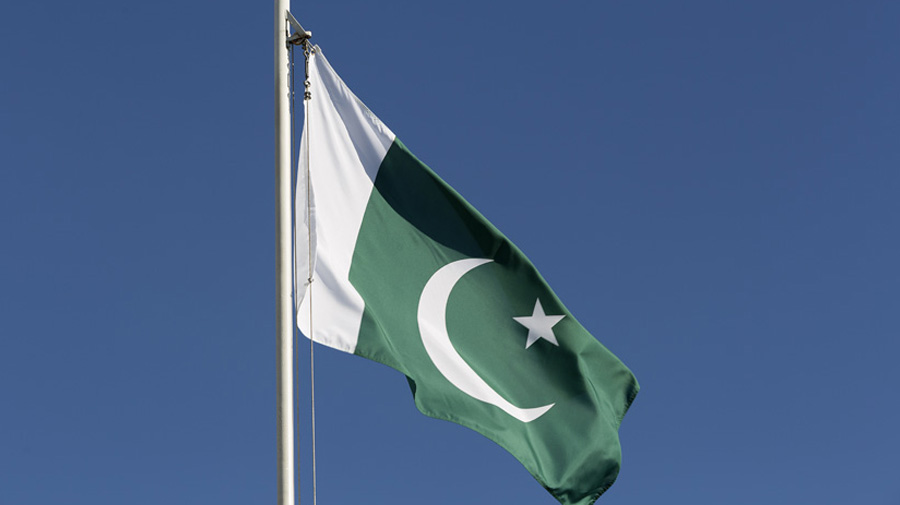 The Islamic Republic of Pakistan located on the South Asian continent, has had a myriad of different leaders since its inception in 1947, but its economic situation has remained constant and has vortexed into a self-created black hole by its politicians from where there is no coming back unless the whole system of Pakistan undergoes reformation. Even though it was one of the ten fastest-growing nations in the world from 1960 to 1990, Pakistan spiraled into a dire situation where in 2022 Pakistani rupee (PKR) hit a record low in the month of June when it touched 224 against the US dollar a steep fall from 150 in April 2021. This is because, after the 1971 war and Bangladesh’s independence the country fell into a series of economic crises caused for various reasons where short-term monetary gains are introduced by loans, and after that, during the payback time Pakistan deteriorates back. The country’s net reserves decreased from $17.2 billion in 2021 to $8 billion in 2022, and the nation is currently trapped in a vicious cycle of perpetual borrowing. Very few of Pakistan’s partners today provide the government with loans of any kind. One is Saudi Arabia, and the other is China, which Pakistan views as its lone ally in all weather conditions.  Pakistan has found itself in a difficult situation where no country is prepared to lend it any money cause of two profound reasons one being the addiction to IMF loans and the other being Pakistan plunging into a Chinese debt trap.

Pakistan took its first step toward this cycle of debt under the aegis of General Ayub Khan in 1958 after which 2 IMF programs were started to drive Pakistan’s vehicle of the economy. Since then Pakistan is all set to start its 23rd IMF program as its debt to GDP ratio has risen to 85-56% the threshold point of any country from where it can collapse into Sri-Lanka like the situation of 120% debt to GDP ratio, this being the class present day scenario of complete economic and political failure. The monetary benefits of $40 billion given to Pakistan were never utilized in developing long-term financial and taxation policies, nor on agriculture, education, industry, infrastructure, and upskilling manpower.  58% of the recent 2022 unveiled budget has gone to the defense which is a liability rather than an asset as it puts no money in the pockets of the ordinary people. Regarding asset building, Pakistan has outsourced all its developmental projects to Chinese and other foreign partners. This outsourcing leaves Pakistan with no ecosystem of economic regeneration. This habit of its that is spending on liabilities rather than assets has made it an IMF addict and the IMF’s weakness in keeping Pakistan’s economy afloat cause of the fear of it converting into a nuclear Somalia with a fertile ground for terrorists with 200 nuclear warheads has to lead to the present situation of Pakistan.

On June 26, 2022, the Pakistani Finance Minister announced that their “all-weather ally” China had given Pakistan a $2.3 billion loan. The money was credited to Pakistan’s central bank account, but despite the temporary relief this may have given Pakistan, China’s action will ultimately hurt Pakistan’s economy more. As evidenced by Pakistan’s recent economic review, China is the source of a sizable portion of Pakistan’s debt. The massive defense budget, high-interest rates, and irresponsible borrowing all seem to have a detrimental effect on Pakistan’s economy. According to Pakistan’s Economic Survey for 2021–2022, the nation owes China $87 billion in outstanding debt. Pakistan has also been returning the loans it receives from China for a considerable amount of time with extremely high-interest rates. Pakistan paid China an interest rate of USD 150 million on a USD 4.5 billion loan in the years 2021–2022. Pakistan paid USD 120 million in interest on a USD 3 billion loan in the 2019–20 fiscal year. Although these kinds of loans do assist Pakistan in resolving their current issue, in the long run, the Chinese loans along with Pakistan’s habit of that fixing one loan from another are to blame for the country’s current debt crisis. While China is friendly enough to offer loans to Pakistan when it requests assistance from it, China exhibits a different personality when Pakistan requests repayment of its loan. China has demanded repayment of a variety of loans it has given to Pakistan over the past two years, including the Lahore Orange Line Project, for which Pakistan is required to pay back USD 55.6 million by November 2023. Meanwhile, the Chinese company China-Railway North Industries Corporation (CR-NORINCO), which completed the Lahore Orange Line Project, has requested payment of USD 10 million in advance. Many of Pakistan’s electrical power facilities are heavily indebted, ranging up to an amount of about USD14 billion. This has caused challenges for the country more difficult Pakistan’s Chinese debt crisis gets for the nation and the world as a whole, the deeper it sinks. Pakistan has received so many loans from China, and as a result, the nation is currently mired in a never-ending debt cycle. The nation has so many loans due that it has begun to consider ways to give China territory to pay off its debt. As much consideration Pakistan has given to this concept to feel some comfort, even for a few moments, this may have long-term ramifications for Pakistan and for the territory of Gilgit-Baltistan. This has been reported in the news since June 22.

Gilgit-Baltistan and the Shadow of the Dragon

The administrative territory of Pakistan, Gilgit-Baltistan, shares boundaries with the Indian state of Jammu and Kashmir to the south, the province of Khyber Pakhtunkhwa to the west, and the Xinjiang Uyghur Region of China to the northwest, and Azad Kashmir to the southwest. Given the region’s economic potential and its location at the meeting point of the Karakorum, Hindu Kush, and Himalayan mountain ranges, China may benefit from the cession of Gilgit-Baltistan. Due to its 27 percent glacier and snow deposit content, the area has abundant hydropower resources and the capacity to produce over 30,000 MW of electricity. Gilgit-Baltistan has an annual revenue potential of $21 billion US. Since the start of the CPEC (China Pakistan Economic Corridor), China has been pressuring Pakistan to give Gilgit-Baltistan constitutional status because it wants to avoid any adverse reactions from other nations over its investment in disputed territory. Through the territory of Gilgit Baltistan, China intends to connect Kashgar, the western province of Xinjiang in China, to the Gwadar port and the Balochistan province in Pakistan. The region is significant for its strategic location as well as the vast amount of resources it houses. Large mineral deposits with a variety of minerals, including metallic and non-metallic, energy minerals, and precious stones all of them with distinct values are found in Gilgit-Baltistan. The region is economically and strategically vital for China’s CPEC and BRI(Belt and Road Initiative) as it has invested billions of dollars in it and the corridor will provide access to the Indian Ocean through Gwadar. The sea will also serve as an alternate route for China as it will benefit the imports and exports of China. If China gets to exploit all these resources in the area, China could make up for all the losses it suffered due to Covid19 as well as a way to avoid the Malacca conundrum.

Since alliances like QUAD have been formed, China has been worried about the tight ties and growing strategic and military might between India and the US. To counter this, China has been expanding in other ways, like safeguarding its border by annexing territory like Gilgit-Baltistan.  If China makes its presence in Gilgit-Baltistan a permanent move, it could cause a crisis for India because China will increase security in that region, which could be a serious issue given the soaring relations between India and China have been going since the June 2020 Galwan-Valley clashes. China will gain the upper hand if it conquers Gilgit-Baltistan as it will be easy for China to launch attacks in Ladakh. In addition, Gilgit-Baltistan is bordered to the southeast by the Indian Union territories of Jammu and Kashmir, which means that through Gilgit-Baltistan, the number of terror attacks in the J&K region may also rise. According to some reports, China has been attempting to revive the Al Badr terror group in Pakistan Occupied Kashmir namely Al Badr which is a defunct group that China could bring back to life as it has also been blocking the listing of Jaish-e-Mohammed Chief as a global terrorist under the United Nations. For India, this could mean facing attacks from two fronts of the J&K area as well as Gilgit-Baltistan.

It will be impossible for India to contain attacks on the border from both sides if Pakistan cedes Gilgit-Baltistan to China, thus India needs to reconsider its strategy for handling the issue. The best way for India to handle these types of disputes is through a trilateral dialogue because, ever since the Galwan Valley disputes occurred, this has become a trilateral problem, and the best solution could only be reached through a trilateral dialogue. The outcome of that dialogue needs to be firm, and all three countries need to commit to the idea that they pose no threat to one another.

Anuj Dhyani
Anuj Dhyani is currently pursuing a master's in Diplomacy, Law, and Business from OP Jindal Global University. My area of interest lies in South Asia, US Foreign Policy, and Chinese Foreign Policy. Currently my academic interests in focused on the security of the Asia region and China’s influence in the region.

Mahek Marwaha
Mahek Marwaha is a Master's student building an academic background in International affairs with research interests in security, trade, and politics of the Asia Region with a specialized focus on China Studies and Terrorism and Counter-Terrorism Studies.
Tags:
Share:
Share this...