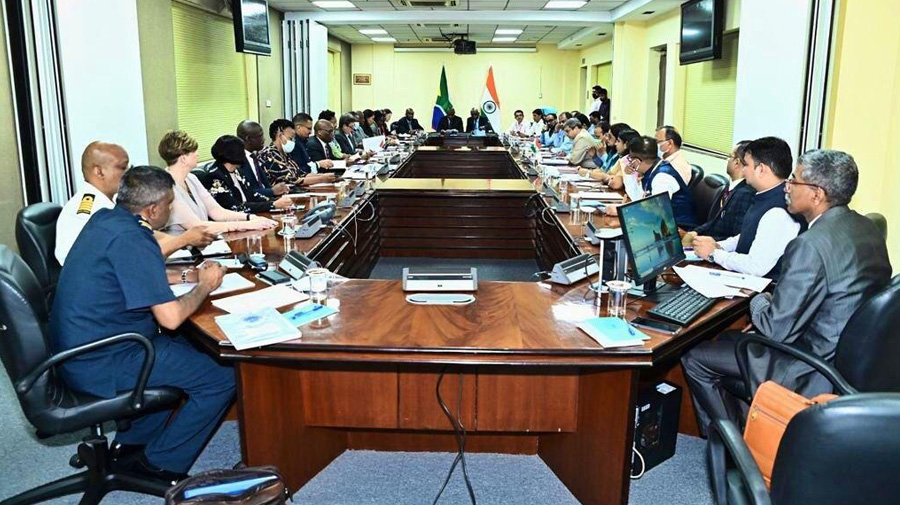 “Both sides reviewed the entire spectrum of bilateral relations covering political exchanges, defence, economic and commercial issues, consular matters, cooperation in the field of agriculture, health, energy and minerals, human resource development, art, culture, sports and import of Cheetahs from South Africa for reintroduction in India,” said the Ministry of External Affairs (MEA) in a statement.

Cheetahs, widely known as the planet’s fastest animal, could soon make a comeback in India. The centre is planning to import Cheetahs from South Africa for the reintroduction of the species in the country. This announcement was made following Foreign Office Consultations between India and South Africa that saw a discussion on the entire spectrum of bilateral ties.

In light of the upcoming completion of 30 years of ties between the two countries, it was decided to celebrate the occasion suitably, both in India and South Africa, through cultural and sports events and other activities.

During the consultations, both sides expressed satisfaction over the growth in bilateral trade which touched USD 17 billion in 2021-22 and agreed on the importance of further diversifying their trade.

The two sides also exchanged views on regional and multilateral issues including cooperation at the UN, BRICS, IBSA and IORA. The South African side assured of their support for the upcoming India G20 Presidency while the Indian side expressed its support for South Africa’s BRICS Chairship in 2023.

Both sides also discussed regional issues, global developments and issues of common interest including the situation in Ukraine.

The two sides agreed to continue high-level exchanges and regular meetings of the institutional mechanisms such as the Joint Commission and various Joint Working Groups to keep up the momentum in bilateral relations. The Indian side also reiterated an invitation to South Africa to join the International Solar Alliance and Coalition for Disaster Resilient Infrastructure.

The talks were held in a friendly and cordial atmosphere. Both sides agreed to hold the next round of Consultations at mutually convenient dates in Pretoria.

Dr. M Shahid Siddiqui
Author is a promising media and development professional with great skills and knowledge in the digital media and social development sector. He is also a campaigner for Human Rights, added to his amazing work as a journalist.
Tags:
Share:
Share this...