Unfolding a Probable Change in the Composition of BRICS 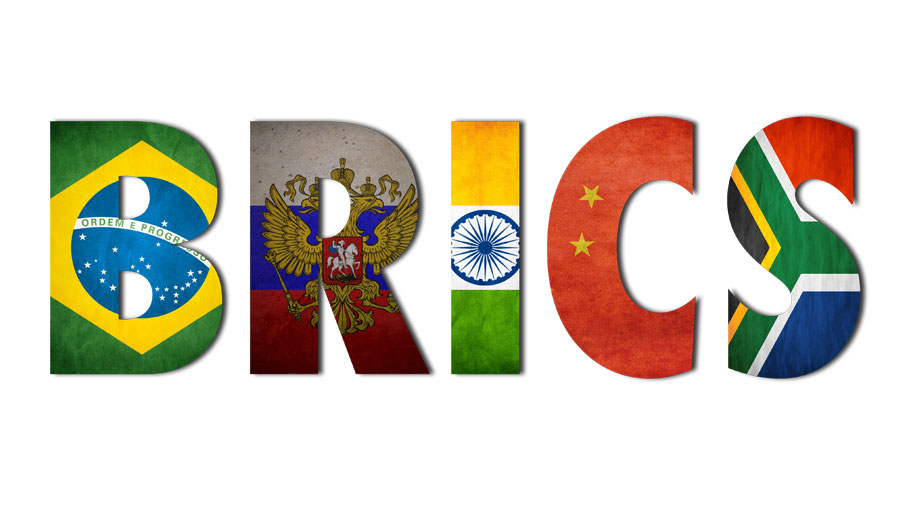 BRICS (Brazil, Russia, India, China and South Africa) as a bloc has been defined by the spirit of trust, equality and co-operation amongst the member nations. It has been viewed as an entity bringing together emerging economies of the East as a growing power in business, trade, culture and arts, international relations, and many other facets. Particularly, over the years, BRICS has shown significant progress in emerging as an entity flagged by financial co-operation which is also fundamental to its charter. However, in terms of geo-political dynamics, there have been observable issues amongst the nations, such as the India-China standoffs, which have hindered the political co-operation mechanisms. BRICS has been viewed as a strong alternative to the financial dimensions which is generally led by the western economies.

India for the most part has maintained a fairly balanced approach in order to handle the multi-faceted pressures of the Geo-political or international political situations, while strategically enhancing and sustaining a working relationship in all its alliances. At the recent BRICS summit, Iran and Argentina have shown an inclination and strong interest in being a part of the group. This may make BRICS and the anti-west bloc making India’s situation perilous and risky. The agenda should not tilt towards making BRICS a soft power as it would invariably defeat its’ purpose which is an apparatus to strategize, mobilize and maintain cooperation amongst emerging economies to develop their potential in a multitude of arenas.

BRICS, which in 2010 included South Africa in its group, headed towards coming across as more of a pluralistic organization. In a certain way, if we see, the combined potential and capability of the market and the trade and businesses (strategic partnerships and alliances) of the intra-BRICS was directed to generate more co-ordination and co-operation amongst the nations part of the group. It acknowledges the labor and production capacities of China clubbed with resource mobilizations of South Africa with a more expansive customer base of India and its technological advancements and with Russia’s prowess over energy and defense. This has enabled and facilitated the function of being a more integrative and consolidated body, particularly from an International Trade point of view. It gave this body leverage on aspects relating to trade negotiations.

Some weeks ago, the BRICS summit was highlighted with a heightened sense of the probability of the group having an expansion with the inclusion of Iran and Argentina. This may lead to a situation where the BRICS might have to suffer an identity crisis. There may be a bone of contention if this inclusion gets materialized which will cause significant contradictions with respect to the foreign policies of each member nation and what their stances are in the international political scenario.

BRICS has seen its’ fair share of struggles in remaining an assertive power, but with the synergistic cooperation of the member nations has allowed it to not only sustain the geopolitical tensions but also tread the path of being an economic giant. With an expansive intent, Argentina and Iran’s inclusion might prove beneficial in the long run as it may result in allowing them to navigate certain geopolitical hindrances they may have faced earlier. This also opens door to having a more widespread geographical presence.

A lot has been happening in the international geopolitical landscape which has led to the interesting turn of events with respect to how the international organizations have been responding and playing their parts in synthesizing the intensity and gravity of the tensions. India has always been very strategic with its stance in the international political scenario, and this expansion might give it a new dimension and a much deeper perspective.

BRICS will now be treading on a path of growth that will enable it to be a more robust mechanism, whether it is by having a common currency, or facilitating business and trade, bringing together arts and culture, or even strengthening strategic alliances and relations. BRICS is trying to ascend and accelerate the growth of their group and ensure that each country can contribute towards meeting the global standards for the purpose of more constructive international cooperation.

BRICS and the Fault Lines

The narrative being pushed by the media is that the expansion of BRICS is to tackle the ‘western style principles.’ and to further boost multilateral cooperation. The ongoing expansion of NATO and China’s engagement with both Iran and Argentina culminates in China’s aim of BRICS expansion. It is also imperative to highlight that Argentina is a signatory of China’s Belt and Road initiative and Iran has signed 25 years’ strategic pact with China. In fact, in the coming 25 years, China will invest $400 billion in Iran. By becoming members of BRICS, China and Iran will strengthen this relationship and for Iran, the fear of isolation from the USA will also be undermined. Along similar lines, as Argentina has joined BRI, China-Argentina relations will flourish due to the rise in trade and investment.

Not only Iran and Argentina but China’s future objective is to include countries like Indonesia, UAE, Nigeria, and Senegal in BRICS. BRICS as discussed is a grouping of emerging economies. Any groupings which specialize to cater to emerging economies’ interests should follow the rule of law and inclusiveness and must avoid any targeted rhetoric.

In fact, BRICS members have rightly clarified that any expansion of BRICS must be on the basis of consultation and consensus. It thus signifies that if any member denies the expansion of BRICS, then the expansion process may become null and void. India has been an ardent supporter of cooperation based on mutual respect, peace and harmony. It is evident from the forums of blocs that India is a part of like BIMSTECH, QUAD and Indo-Pacific Economic Framework to name a few. India has advocated the nuances of consensus in decision-making in case of BRICS expansion as well.

A growing BRICS bloc will always be a welcome change. However, having said that, BRICS expansion should always target strengthening cooperation, facilitating the rule-based law, and should avoid competing with NATO or Indo-Pacific Economic Framework or avoid any situation that might project its’ image as an anti-western bloc.