Can China emulate Russia’s aggression in Ukraine, in Taiwan? 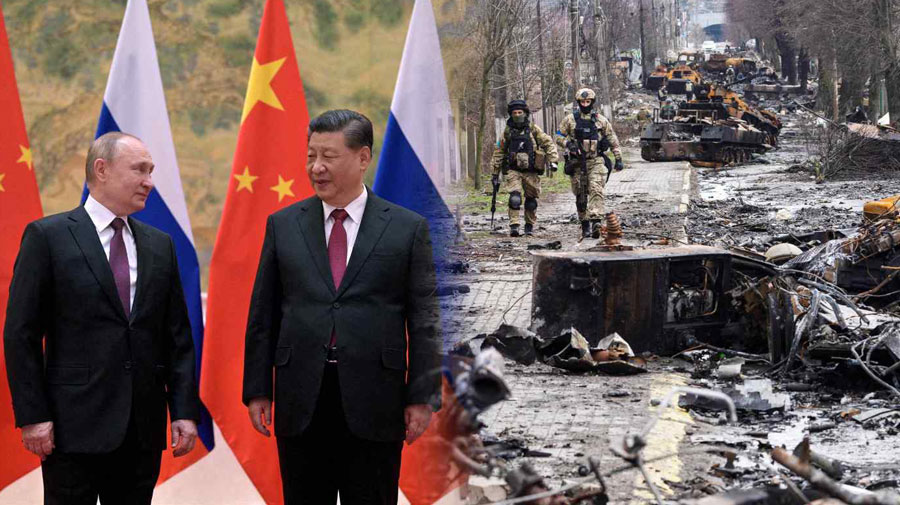 Over the past couple of months ever since Russia invaded Ukraine, many countries have asked the question of whether China could take lessons from its Communist ally and invade Taiwan? The answer to this question of whether China will invade or not Taiwan can be found through an in-depth analysis. There is no argument China’s reunification plan with Taiwan has been there for the last 50 years but even if every factor is on China’s side, China will not invade Taiwan like Russia did with Ukraine as this will not go well for China’s leadership in any either strategically, economically or even by a political look.

Economically: The 21st century China is a formidable geopolitical and imminent superpower. China’s GDP in the pre-covid period had skyrocketed and touched new heights and in the year 2020 when the whole world was in lockdown and many developed countries’ economies were declining at a negative rate, China was the only country whose economy was growing at a positive rate of 2.3% and by the end of the year 2020, China’s economy was growing at a rate of 6.5%. Although, China’s economy did not see any negative growth even after its Zero-Covid plan failed in 2022 or the country went through hardship during China’s second wave, however as China is intrinsically woven with the economy of the world however the rise in unemployment in China went from an increase of 5.6% to 6% in March 2022 and so if China invades Taiwan, this unemployment will only increase in China and this can hamper the political landscape and it can be a nightmare Xi Jinping as it can be put heavy strains for the already crumbling economy.

Militarily & Strategically: There is a big difference between invading Taiwan and between invading Ukraine.  Taiwan is an island whereas Ukraine shares a 1,300 miles border with Russia. If we see the number of troops and the weapons then China is at the top, with over 2,035,000 active personnel the PLA is the largest armed force in the world and Taiwan has only 163,000 active members, they all are actively and well trained however the PLA outnumber them 3-1. Yet despite the overwhelming troops, the PLA will still have problems taking the island. Strategically speaking Taiwan’s forces are although smaller in size but the military of Taiwan has been training for this exact scenario. The Republic of China Air Force may be small but it is efficient as the ROCAF conducts annual drills every year. The ROCAF ground crews are the best trained in the world, which can take their jets off from highways or even land them in highways as Airfields are the primary targets in any war. The mountain range of Taiwan situated on the west coast which acts as a barrier for the invading forces as there are many air fields which are buried deep in those mountain ranges, the air force can even take off or land from the tunnels which are cut in the mountainside. One of the military command centres such as the Heng Shan Military Command Centre which is built under a mountain near Taipei which can shelter thousands of Taiwan’s personnel who can work, live and fight and take shelter there during any sort of attack. There are many underground bases established around all areas of Taiwan which are all linked with hardwired communications and each operation centre is linked with a back-up centre, so if a complex is destroyed then another will take its place, although China as a country will not attack Taiwan unless and until it is sure about its victory and before waging a full-fledged war on Taiwan, and before waging a war with weapons, China will attack Taiwan with cyber attacks and would actively target the command and control of Taiwan’s infrastructure and by trying to cripple and leave the airfields, airports paralysed, this would be an opening attack to Taiwan, however Taiwan’s cyber warfare unit which is staffed by a mere only 2,400 specialists but even with the PLA releasing a wide-spectrum of attacks, Taiwan will be able to defend itself as Taiwan which has created a new cybersecurity agency whose main and only talks to block the Chinese cyber attacks.

Although tensions have been rising between both the countries with the increasing border skirmishes and the space violations in Taiwan, however, this is all just a muscle-flexing tactic by China to create a psychological fear in the opponent’s mind. China makes every move thinking very carefully and after seeing the number of sanctions which have been imposed on Russia, I don’t think China will invade Taiwan under external security threat.

Geopolitically: The real reason for Taiwan not being invaded by China by force is not militarily but geopolitically. Taiwan may be the “golden prize” for China, but the unification with China is not the real prize for China. China looks for something far more valuable today, it is China’s future as a dominant regional power which does not depend on the status of Taiwan but it depends on the greater control of China on the South China Sea, if China invades Taiwan it can imperil the whole South Asian dominance dream of China for which China has been working for decades, and for another reason why China needs to think more than twice before invading Taiwan is because Taiwan has a defence pact with the US which dates back to 1945 Sino-American Mutual Defence Treaty and due to this treaty the US could be drawn into the conflict and China which has been closely monitoring the Russia-Ukraine conflict as when Russia invaded Ukraine, if the west has not sent any troops but it is still aiding Ukraine militarily by supplying weapons and USA wasted no time in placing sanctions and aiding Ukraine militarily, so the same can be said for China-Taiwan situation as the US also has an interest in the South Asian region as it wants to stop the dominance of China and for that US will take whatever step it needs to take and even if China does decides to take Taiwan it will do so by creating a political instability in Taiwan to make Taiwan internally weak and economically broken so that the CCP will not look as an invader in the eyes of the Taiwan people but as a saviour, So all in a Chinese invasion of Taiwan looks very unlikely for the time being and for in the future too.

Anuj Dhyani
Anuj Dhyani is currently pursuing a master's in Diplomacy, Law, and Business from OP Jindal Global University. My area of interest lies in South Asia, US Foreign Policy, and Chinese Foreign Policy. Currently my academic interests in focused on the security of the Asia region and China’s influence in the region.
Tags:
Share:
Share this...