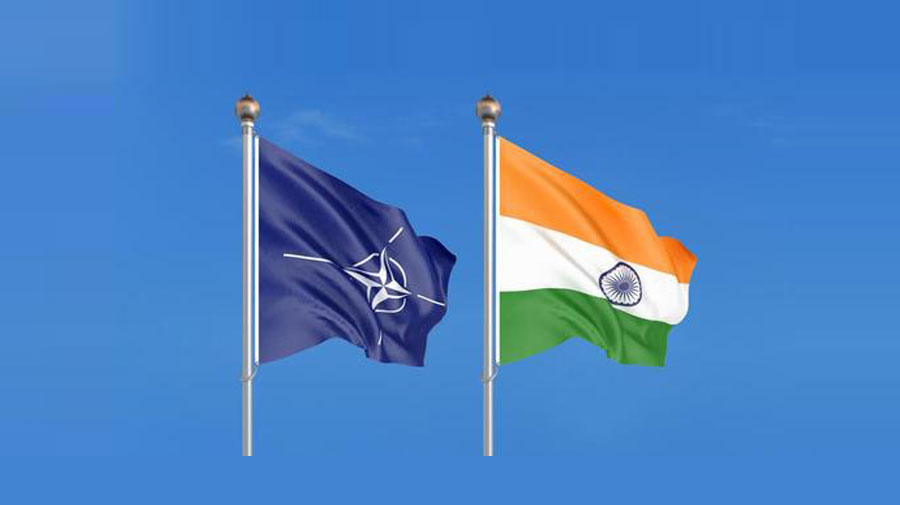 Indian foreign policy is pregnant with historical baggage. The ideas of non-alignment and its successor strategic autonomy have shaped policy for a relatively large period since independence. Proponents of these ideas might argue that these approaches were embedded in the geopolitical context of the day and lived experiences of colonialism. It was only in 1991 when the watershed events of domestic economic reforms and the collapse of the Soviet Union pushed India into relooking, recasting and reframing its foreign policy.

The binary between strategic autonomy versus alliance memberships forms the fundamental faultline of strategic debates in India. This debate has intensified in recent years with manifestations of old challenges in new forms. With the over encompassing threat from China having reached heightened proportions in recent years, some believe that it is time for India to shed its unviable policy of careful equidistance. India should embrace NATO in a customised partnership which will help it tackle the Chinese juggernaut. In the case of a serious altercation with China, the United States remains India’s biggest reservoir of help.

Some experts even venture a step further and feel that if such an altercation with China arises, India will suddenly be compelled into accepting preconditions for American help and consequently lowering the banner of strategic autonomy. If this happens, the painstaking effort behind careful equidistance or customised partnerships with NATO will be a waste of time. They argue for a public endorsement of a full NATO membership by India.

Having said all of this, how probable and possible are India-NATO engagements? Some scholars see India’s bilateral outreach to Japan, Australia, Israel and the United States and deeper engagement with QUAD as a natural precursor to becoming a NATO partner, if not a full-time member. Regular high-level dialogues, emerging defense technology sharing, military-to-military planning, preparing for maritime contingencies and joint exercises along with short-term strategic-signalling value are the eventual benefits of such a customised partnership.

The first step in this direction could be the formalisation of the India-NATO Council (INC) as a consultative forum for discussion and dialogue. Such a forum could have a comprehensive agenda which includes the cyber space and outer space domain. NATO has also shown a keen interest in engaging with India through political dialogues, partnerships, capacity building and experience sharing. The NATO Project 2030 outlines these ideas in a conspicuous manner, demonstrating a new European outlook towards engaging with like-minded partners in the Indo-Pacific.

However, India’s foreign policy formation comes with its own legacy as pointed out earlier. The hesitation to understand Europe and its internal contradictions with their nuances hampered New Delhi’s outreach to Europe in the past. Carrying forward taboos and being burdened by the weight of historical baggage and ideological shibboleths constrain India’s choices in a multipolar world with a shifting balance of power dynamics.

It is also worth noting that NATO membership is not the all-inclusive sweet panache to India’s strategic challenges. No other nation will put their boots on the ground for India, nor does India seek that. However, flexibility in exploring potential common ground for maintaining stability and favourable balance of power in the Indo-Pacific is perhaps the way forward. Such an engagement complements India’s efforts with regional partners like Japan, Australia, South Korea and ASEAN to inhibit any single power from dominating the region.

Synergies can also be developed while taking advantage of NATO’s partnership initiatives in Asia with Japan, Australia, New Zealand and South Korea under the banner of “Global Partners.” These engagements are devoted to cooperation in areas like cyber, new technologies, disinformation, maritime security, climate and resilience. These initiatives gain salience, especially in the backdrop of the Ukraine conflict. They signify and strengthen the idea that the West is cognisant of keeping its eyes on the ball, China, despite its attention being bogged down by Russian adventures in Ukraine.

The essence of external statecraft involves understanding and playing according to the balance of power dynamics, however unpalatable and disturbing it may sound. As a commentator said, good intentions and media statements have never stopped a bullet. Only power recognises power. New Delhi needs to act on this and venture in new directions.