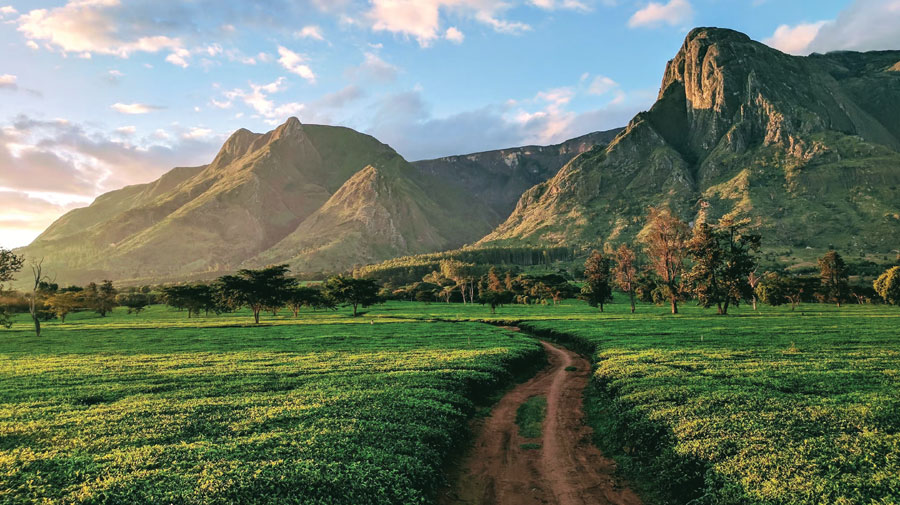 Malawi is located in southern central Africa along the western side of part of the Great Rift Valley of Africa. Covering a total area of 118,484 sq. km, it stretches some 900 kilometres north to south and between 90 and 161 kilometres east to west. Malawi is an agro-based economy with agriculture contributing above 28 percent of GDP and contributing to over 80 percent of export revenues.

Malawi is a party to a number of regional and international trade agreements that have proved to be enormous benefits to new and existing investors through increased market access. Malawi enjoys 6 Preferential trade agreements with China; Bilateral agreements with Zimbabwe; Mozambique and South Africa; Southern Africa Development Community (SADC), an association of 14 African Countries; Common Market for Eastern and Southern Africa (COMESA), representing 20 countries; AGOA which provides Duty and quota-free access to USA market for more than 6500 products; Everything But Arms (EBA) of the EU allowing the importation of all kinds of goods from Least Developed Countries except arms into EU Countries both duty-free and quota-free; and the Japan Preferential Trade Arrangement benefiting LDCs.

The prominent feature of Malawi is the Lake. The third-largest fresh water lake in Africa, Lake Malawi is 568 kilometers long and copies about 20 % of the country’s total land area.

The terrain of Malawi is breathtaking comprising plateaus, plains, hills and mountains. These include Nyika and Viphya plateaus and Misuku hills to the North, Dedza and Kirk range mountains in the Centre. In southern Malawi, the terrain is equally varied with escarpments, highlands and mountains and low marshy lands along the Shire River which is an outlet of Lake Malawi. The Mulanje Mountain which is home to the rare Mulanje cedar, it is the highest mountain in Central Africa, with the highest point, Sapitwa peak rising to 3,050 metres above sea level. Special Economic Zones can be broadly defined as demarcated geographical areas contained within a country’s national boundaries where the rules of business are different from those that prevail in the national territory. These differential rules principally deal with investment conditions, international trade and customs, taxation, and the regulatory environment; whereby the zone is given a business environment that is intended to be more liberal from a policy perspective and more effective from an administrative perspective than that of the national territory.

Malawi is establishing SEZs to fast-track industrialization which would lead to sustainable economic growth and development. This is being championed by the Ministry of Industry and Trade (MoIT), through MITC. So far, MITC intends to develop several areas into SEZs and these include; the Agro-processing Special Economic Zone (AP-SEZ), possibly along Zalewa, an Industrial Park at Chigumula Blantyre where 27.3 ha of land has already been set aside for this purpose, an Industrial Park in Lilongwe and another at Chintheche, Nkhata-Bay.

With support from the Enhanced Integrated Framework (EIF) project, the institution (MITC) is at an advanced stage in the procurement of a consultant to conduct a feasibility study and develop a roadmap for the establishment of an AP-SEZ.

The Export Processing Zones (EPZs) regime was established to attract export-orientated industries, by offering them especially favourable investment incentives as compared to the remainder of the manufacturing sector in the country. The Export Processing Zones Act, came into force in 1995. All companies engaged exclusively in manufacturing for export may apply for EPZ status, as Government accords EPZ status only to firms (foreign or domestic) that produce exclusively for export.

There are no specific zones dedicated to export processing in Malawi, rather it is firms which are designated the status of EPZs and are located in areas of choice and convenience to the investor. The Ministry of Industry and Trade administers the Export Processing Zones Regime in Malawi assisted by the EPZ Monitoring and Evaluation Committee as stipulated in the Act.

An Export Enterprise Certificate is valid for a period of five years and may, thereafter, be renewed for successive periods of two years and companies can chose to graduate or not from the scheme. The law requires all exporters to repatriate back to Malawi 100 percent of export proceeds and register the same with the Reserve Bank of Malawi within 6 months of export.

Traditional industries such as tobacco, tea, coffee, and cotton are excluded from the EPZ Regime. Currently, the firms operating under the EPZ status are in three categories of export products namely, (a) natural rubber and wood products; (b) macadamia and coffee; and (c) textile. Malawi is often referred to as the “Warm Heart of Africa,” due to the warmth and friendliness of the people. Malawians typically live with their extended families in dwellings that are grouped together in villages. A spirit of cooperation prevails as family members share both work and resources. The Malawi people are of Bantu origin with the ethnic (African) groups including: Chewa, Nyanja, Yao, Tumbuka, Lomwe, Sena, Tonga, Ngoni and Ngonde. The Chewa people form the largest part of the population group and are largely concentrated in the central and southern parts of the country. The Yao people are predominately found around the southern area of Lake Malawi. The Tumbuka are found mainly in the north of the country. There are small populations of Asian and European people that mostly live in the cities.

Culture: Malawi prides itself on a mosaic of unique cultural practices and norms. The main traditional dances and rituals, as well as arts and crafts, found among the people act as an identifying factor for the many, but united ethnic groups of the country. The dances of Malawi, for instance, have deeper meaning than what appears on the surface and, accordingly, effort has been made to keep these intact as part of Malawi’s cultural heritage and for posterity. As a way of achieving the goal of retaining the country’s traditional values, the Museum of Malawi conducts a series of cultural activities in schools and public places so that those who do not have contact with village life can benefit from facilities offered by the organization. African’s Warm Heart, Malawi, is beating faster now and the legendary welcome is there for all who wish to experience the unrivalled combination of Lake, Landscape, Wildlife & Culture in one of Africa’s most beautiful and compact countries. This relatively little known gem of this diverse continent has so much to offer; wildlife, culture, adventure, scenery, and of course the third largest lake in Africa. A year-round destination, some even go as far to describe Malawi as the most attractive and complete destination in Africa!

A haven for fishing and commerce, it supports rustic bamboo villages and old colonial hubs bearing the names of folk like Livingstone. Malawi is always beautiful. The cooler months (May to September) are more comfortable for travellers from the northern hemisphere but the lush green summer (November to April) is also good time to visit. May and June combine the best of both seasons – cooler, still green with great visibility good for photography.