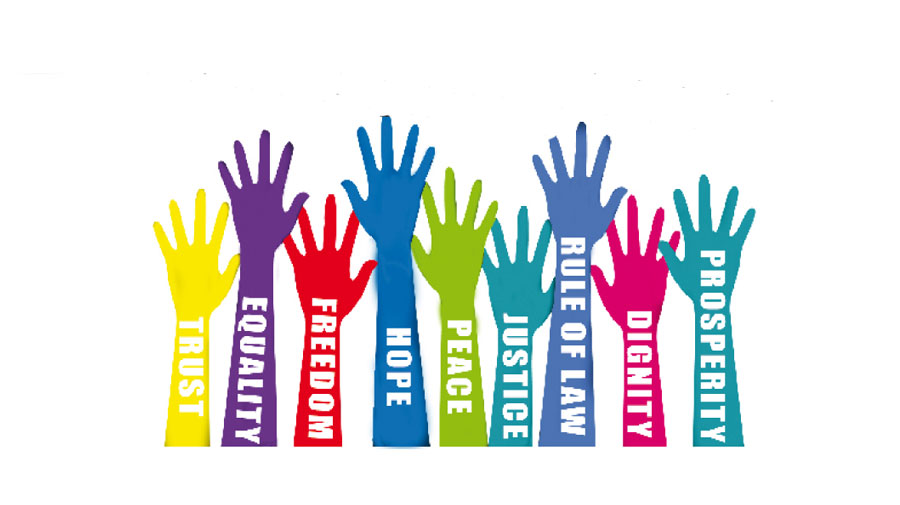 States in many parts of the world regularly amend constitutions, and in some cases draft completely new constitutions. This may be due to various political, economic, social or other reasons. The national constitution of a country is the framing legal document, which captures the basis of the social contract between the state and the people it is supposed to serve.

Whatever the reason, one of the key elements of any constitutional reform is to ensure that human rights and fundamental freedoms are promoted, respected and protected. Constitutional guarantees of human rights across the spectrum of civil, political, economic, social and cultural rights, and the mandating of courts and national human rights institutions to protect those rights, are vital steps in promoting a human rights culture.

The United Nations notes that “constitution-making is a sovereign national process and that, to be successful, the process must be country-led and driven. There is no “one-size-fits-all” constitutional model or process and that national authorship should include the participation of state structures, political parties, civil society and the general public.”

The need for broad participation in the constitution-making process is also noted in article 25 of the International Covenant on Civil and Political Rights. Therefore, a constitution has the highest degree of political and legal legitimacy if it is the result of popular participation.

The process of preparing proposals (more than 62 thousand), the work of the Constitutional Commission, as well as the nationwide discussion of the draft Constitutional Law clearly show the importance of broad public participation and civil society institutions in this process.

The constitutional reform of Uzbekistan is aimed at implementing the priority principle “In the name of the honor and dignity of man.” Moreover, human dignity is the provision of a peaceful and safe life, fundamental rights and freedoms of citizens, the gradual creation of decent living conditions and modern infrastructure, qualified medical care, quality education, social protection and a healthy ecological environment for every inhabitant of the country.

The following priority areas for constitutional reforms in the field of human rights protection and the human dimension have been identified:

In addition, as an OSCE participating State, Uzbekistan is committed to fulfilling core OSCE commitments in the human dimension, including commitments in the areas of pluralistic democracy, the rule of law and democratic institutions; the independence of the judiciary; independent national human rights institutions; fulfillment of international obligations; protection from arbitrary arrest or detention; the prohibition of torture and other cruel, inhuman or degrading treatment or punishment; the right to a fair trial and effective remedies; tolerance and non-discrimination; gender equality and other areas.

All these documents served as the basis for the improvement and preparation of the draft Constitutional Law.

For the first time at the constitutional level, the principle of international law is fixed – respect for human rights and freedoms (Article 17).

Title II of the Constitution contains a list of human rights and fundamental freedoms, to which several new provisions have been added.

The proposed project significantly strengthens the guarantees of human and civil rights and freedoms:

– the rights and grounds for his detention must be explained to a person during detention in a language that he understands;

– a suspect, accused or defendant is not required to prove his innocence and may at any time exercise the right to remain silent;

Article 27 of the Constitution contains a narrow definition of the right to protection of personal and family life since this right is limited to “personal and family secrets” and a narrow interpretation of the inviolability of “home”. The proposed changes are complemented by “the right to the protection of personal data”, as well as “everyone has the right to the inviolability of the home. Deprivation of dwelling is not allowed, except by a court decision.

In addition, article 28 of the Constitution provides for the right to freedom of movement and residence in the territory of Uzbekistan. The draft proposes to consolidate the right to travel outside the country, as well as unimpeded return to one’s own country, enshrined in paragraphs. 2 and 4 of Article 12 of the International Covenant on Civil and Political Rights and paragraph 20 of the 1989 OSCE Vienna Document.

The draft Constitutional Law also enshrines the principle of the UN Convention on the Rights of the Child “the best interests of children must always be taken into account in all decisions concerning them”. Based on this, changes are proposed to Art. 37, 64 and 65 of the Constitution.

At the constitutional level, the principle of the UN Sustainable Development Goals “Leave no one behind” is enshrined, in particular, the state creates equal conditions for the realization of the rights and legitimate interests of persons with disabilities (Article 39).

Thus, many of the innovations contain changes aimed at implementing international obligations, recommendations of international bodies (UN Special Rapporteurs, OSCE) and raising the norms enshrined in individual laws to constitutional status. The changes were developed after an open and free public discussion, which ensured broad public participation and meaningful discussions.

Transparency, openness and inclusiveness, as well as broad public discussion, are the main requirements of the democratic process of developing constitutional proposals in Uzbekistan. Compliance with these requirements allows us to note that the constitutional reform is positively perceived by society as a whole, and expresses the will of the entire people of Uzbekistan.