IUU Fishing in the Indian Ocean: A Security Threat 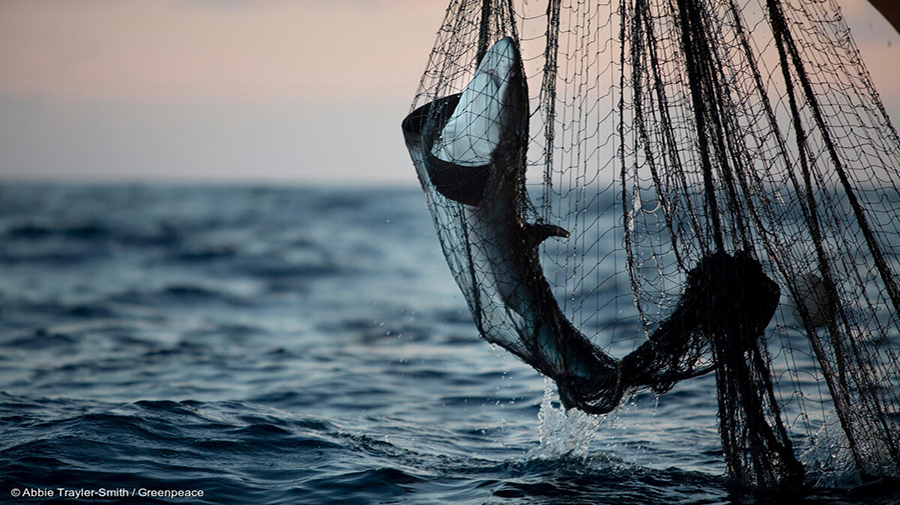 Even though IUU (Illegal, Unregulated, and Unreported) Fishing tops the maritime security threats, the present juncture presents a gloomy picture. The current maritime security mechanism is beleaguered with non-traditional threats. Moreover, the growing unprincipled actions and coercive tactics in the waters of the Indian Ocean adversely affect the security apparatus of the region.

With stiff competition to assert influence, the strategic arena of the region has undergone a massive change and has resulted in severe economic, security, and environmental consequences. China’s transition to a supreme power reflects its sheer disregard for international rules and concerns for the region. Moreover, its illegal fishing activities exacerbate the depletion of crucial fisheries, which satiates Beijing’s hunger for global power and rejuvenation.

The lack of effective ocean governance is evident from the severe security environment of the region. Rampant IUU fishing activities defy international laws and intensify the insecurity in national and international waters. Besides, the Regional Fishery Management Organisations (RFMO) inadequacy has become an essential geopolitical matter. The organisational gaps of the global and regional organisations have failed to lessen the strains on the fish stocks of the Indian Ocean.

The Indian Ocean, the host of some of the essential fisheries globally, accounts for over 14 percent of the global wild-caught fish. According to the Information Fusion Centre-Indian Ocean Region (IFC-IOR) reports, there have been 379 and 213 incidents of IUU fishing in IOR in 2020 and the first half of 2021, respectively.

As per a report by WWF, the unregulated part of IUU fishing is often sidelined. Regulatory gaps in the high seas of the Indian Ocean are based on both geographical location and species (Chase, 2020). The absence of any squid-monitoring organisation leads to unregulated squid fishing in the Indian Ocean. Trygg Mat Tracking found that squid vessels have multiplied six-fold since 2016. Moreover, the use of large nets by such vessels leads to the by-fishing of non-targeted species, especially tuna. The Indian Ocean’s yellowfin tuna, the world’s most profitable fisheries, is the most threatened species. The Indian Ocean Tuna Commission (IOTC) has alarmed the concerning levels of the species.

IUU fishing activities push the security of the international waters to a downright critical level. Illegal activities like human trafficking and smuggling of drugs and arms in fishing vessels undermine international ocean governance authority. Also, illegal fishing jeopardises port security as many local fishers are forced to turn to piracy. Often this serves as a facilitator of terror financing and nurtures maritime terrorism.

Besides, unreported fishing has severe environmental ramifications. Trawlers use large nets, which results in the by-catching of species like sea birds, turtles, sea mammals, sharks and killer whales. Moreover, the use of illegal gillnets and explosives by some vessels to keep whales away from fishing lines pollutes the sea-based and impacts the growth of young fishes.

Excessive and unreported fishing creates ecological imbalances by disrupting the critical food chains. Seafood remains a crucial source of protein for humans globally, and the current polluted environment makes many species unfit for consumption. In addition, the high demand for seafood globally has created a shortage of some species. Consequently, many poorer nations suffer from food insecurity in disrupted supply chains and ceased employment opportunities for local anglers.

The consequential economic woes for the fisheries-dependent littoral states are enormous as it drives millions of small-scale fisheries and fishers out of work. In addition, smaller states that depend on their territorial waters’ fisheries get smacked by larger countries both from within the IOR and outside. As a result, it negatively impacts the Gross National Products and lowers the value of legal fish stocks in the market. Moreover, the loss of revenue affects ports and vessel maintenance, exerting pressures on the national budgets of these economies.

Besides, the prevalence of predatory behaviour of developed countries, moving tactically in the geopolitical power game, has subverted and suppressed the concerns alarmed by poorer littoral states. This leads to exploitation of the rights of under-developed coastal regions which depend on fisheries export for survival. Moreover, private companies continue to fish unregulated amounts of stocks while threatening the livelihood of small fishing companies.

In recent years, the key actors in maritime geopolitics have altered. The Indian Ocean Region (IOR) has been beleaguered by the presence of foreign and non-state actors and intense competition for power. One particularly noticeable actor is China which has strengthened its standing in the ocean through various infrastructural and economic projects.

China’s increasing footprint in the Indian Ocean Region (IOR) postulates a risk of growing port insecurity of the littoral states. Beijing is a signatory of the UNCLOS (United Nations Convention on the Law of the Sea); nevertheless, Chinese boats and research vessels illegally transgress in various Exclusive Economic Zones in the Indian Ocean and worldwide. In addition, the Indian Navy has also reported illegal deployments of the People’s Liberation Army’s (PLA) research vessels for deep-sea mining and ISR (Intelligence, Surveillance & Reconnaissance) activities that threaten the maritime security of the region.

In addition to piracy and “intelligence” activities, China’s blatant exploitation of fisheries is apparent from its gigantic share in world overseas fishing vessels. Beijing’s Distant Water Fleet (DWF) has around 17,000 fishing vessels registered in China, while close to 1,000 vessels are lodged under various flags of convenience, as per satellite data. On the other hand, the European Union and the USA have only 289 and 225 registered vessels, respectively. The anticipated figure for China is much higher due to its many unregistered vessels tagged as ghost ships.

The Illegal, Unregulated and Unreported Fishing Index shows China in the top place globally for 2019 and 2021. The country operates the largest fleet of trawlers globally, which the government heavily subsidised, incentivising the operators to plunge into foreign waters. Moreover, these often serve as surrogates of the PLA and indulge in surveillance and foreign intelligence activities.

China’s marine transgressions particularly mire the Western Indian Ocean. With depleting resources in the South and East China Seas, Chinese fishing vessels make regular illegal incursions to the eastern coastline of Africa. Additionally, as per reports, Chinese boats with a history of pursuing illicit activities have potentially intruded in the EEZ of Oman and Yemen. The sheer exploitation of the waters of Madagascar and Somalia is evident as recently, many Chinese backed firms have fished ashore in these countries.

Beijing has been heavily involved in unregulated squid fishing activities, which contradicts the statements by the Chinese government to limit high seas squid fishing. In addition, China illegally hauls massive amounts of tuna as a by-catch of squid fishing.

Furthermore, while the European Union (EU) theoretically has a comprehensive strategy and policy to counter IUU fishing, it exploits distant waters for tuna. Overfishing yellowfin tuna in the Indian Ocean made headlines, and the EU has faced criticism for being hypocritical and accused by the coastal states of its neo-colonial behaviour. EU members France and Spain fished 70,000 tonnes of yellowfin in 2019, which exceeds any resident state’s numbers. With its fish-aggregating devices (FADs), EU ships seamlessly capture massive proportions, overshadowing the local fishing groups and leaving small IOR nations dry. As a result, the population of tuna in the Indian Ocean, specifically yellowfin, is feared to be on the verge of collapse.

As fisheries in the IOR continue to languish, creating international and regional synergies to advocate sustainable fishing is imperative. While many countries in the region have formed and implemented national strategies to safeguard their interests, the trends are evidence of continued high unregulated levels of fishing in the Indian Ocean. Moreover, existing regulations and monitoring by international organisations have only gained a low to moderate success as these are often associated with corruption and lousy management.

A credible and effective Ocean Governance is the best solution to combat this grave maritime threat. The IORA needs to forge partnerships with various existing and upcoming multilateral circles. A global approach is crucial to unifying forces against this marine menace. Organisations like IOTC, Food and Agriculture Organisation (FAO), and International Maritime Organisation (IMO) need to transform their governing principles to work effectively and independently from the greater power competition.

As the global geopolitical canvas is constantly altering, the nuances of maritime diplomacy and cooperation have come a long way. Multilateral diplomacy efforts to hold rule-flouting states accountable are the need of the hour. Inclusive solutions and result-oriented actions can turn this climate calamity around based on the essence of reformed multilateralism, which reflects contemporary reality. Strengthening regional multilateral fora like the South Asian Association for Regional Cooperation (SAARC) and Bay of Bengal Initiative for Multi-Sectoral Technical and Economic Cooperation (BIMSTEC) can effectively safeguard their EEZs from foreign fishing fleets and regulate the fishing of endangered species in their national waters. Through a collaboration with the IOTC, such organisations should indulge in information and intelligence sharing to protect the species in familiar waters from overfishing.

The required course of action for the IORA is to revamp its fisheries management strategy and sustainable fishing endeavours. It is necessary to align the fisheries policies of the IORA member states and stricter countermeasures against IUU fishing and put in collective efforts. IORA needs to address the regulatory gaps in its management of fisheries. Maritime strategists stress the need for accountability and better law enforcement of anti-IUU fishing laws. The global fishing industry must be put through more strict regulations and should be penalised to ensure proper enforcement. Developed nations like China, Russia and European countries need to be assigned liabilities for such illegal activities and suffer the economic consequences.

Oceans are an indispensable part of the ecosystem, and the protection of marine biodiversity is our responsibility. The fight against IUU fishing will lead to a domino effect to eliminate maritime insecurity, piracy, and terrorism and create an economically safer and more secure environment for the coastal states and the world as a whole. Hence, a reliable and sustainable solution by each stakeholder is essential.

Harshita Kanodia
Author is a Research Associate at Hermes Institute of International Affairs, Security and Geoeconomy. She graduated with a major in economics from the University of Delhi, India. She has previously worked with international organisations and think tanks. She is a regular participant in bilateral youth dialogues. Her research interests include Indian foreign policy, Indo-Pacific affairs, maritime diplomacy, India-China border issues, and international security.
Tags:
Share:
Share this...