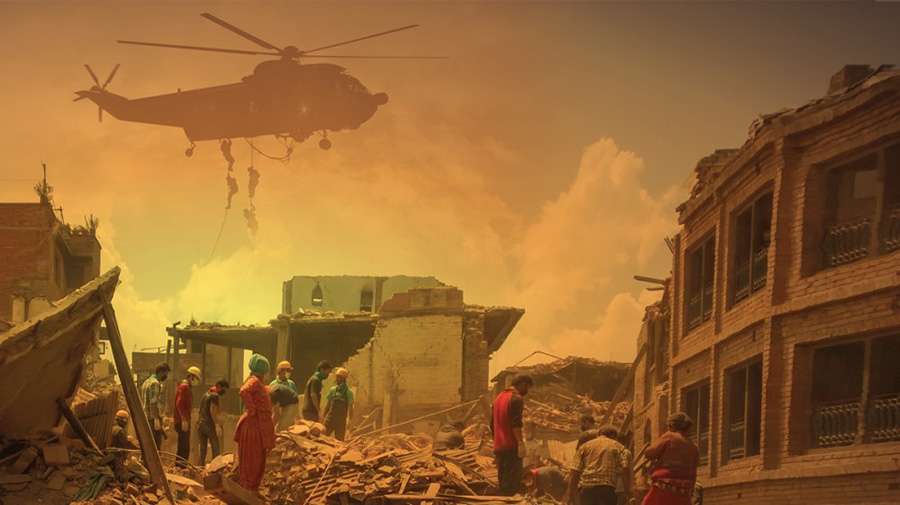 With the onset of time, India’s practice of disaster diplomacy has come to form a primary facet of its Neighbourhood First policy. An analysis of India’s disaster diplomacy trajectory reflects its share of successes and failures and in light of this matter, there are certain measures that India could take into account whilst utilising disaster assistance as an instrument for fostering friendly ties with its South Asian neighbours.

Reorienting India’s engagement with the Taliban

Recent revelations have shown that the Taliban were in favour of India retaining its embassy officials in Kabul. This clearly indicates their motive for engaging in peace talks with India through diplomatic channels and paves the way for possible agreements in the near future. Following the recent disbursement of 1.6 metric tonnes of medicinal drugs, the Taliban government had acknowledged India’s help by stating that ties between the two countries were ‘very vital’.

Since Afghanistan has faced a sharp decline in foreign aid following the Taliban takeover and remains a disaster-prone zone, the country is in dire need of humanitarian assistance. India has been seen to provide humanitarian aid to Afghanistan on certain occasions, such as the earthquake relief that was sent in 2002, aid comprising of winter clothing that was sent in November 2001 and so on. Humanitarian assistance can go a long way in opening a new chapter in Indo-Afghan relations.

The Blue Economy Programme goes on to provide increasing opportunities to Bangladesh and India in strengthening their economic cooperation. The programme has remarkable potential in terms of enhanced human health and overall well-being, covering essential aspects like food security, creating sustainable livelihoods and stands for synergised efforts in areas like disaster management, preservation of marine ecology and so on.

While there are wide areas of convergence and synergies with regard to India’s approach, there are also some divergences that need to be taken into account. One such divergence pertains to the role played by the Quad- a key architecture within the region in areas like disaster management, capacity-building and so on. Bangladesh is very wary that it could turn into a military-oriented grouping and this is simply because many recent actions of the Quad are seen to have an anti-China subtext.

A negative perception of India is seen among the Bhutanese people due to its tendency to interfere in the internal policies of the nation. A discontentment on part of the public can prove to be instrumental towards the rise of Chinese influence in the region. Instances like Chinese villages being constructed within Bhutanese territory, coupled with public discontentment against India’s intrusive tendency carry negative ramifications with regard to Indo-Bhutan ties.

When it comes to India’s foreign aid, Bhutan continues to remain its largest recipient. India should continue to provide aid to Bhutan through the institution of the Bhutan monarchy, that enjoys immense power and popularity in the region, as a means to gain back the support of the residents of Bhutan.

Another Indo-China geopolitical race in Nepal?

The Indian media is expected to be sensitive while doing a coverage on the disasters that have taken place. For instance, the Indian media was insensitive in its portrayal of the devastating earthquake that took place in Nepal in 2015. India’s quick response in providing assistance to Nepal following the earthquake of 2015 was seen to be met by the speculation that India was trying to counter the Chinese; that it had entered into a race with China to provide aid rather than as a gesture on grounds of humanity. The Indian media’s tendency to portray India as Nepal’s big brother as reflected in the ideas of prominent Indian personalities has not helped either.

Indo-Nepal ties are seen to be under a lot of strain given the fact that Nepal is a member of the Chinese Belt and Road Initiative. India’s laidback attitude with regard to Nepal gets reflected in its contentment regarding its ties with the country by merely relying on silent diplomacy. Since Nepal quite often falls prey to natural disasters and remains one of the largest recipients of Indian aid. India should continue to provide aid on a large scale to Nepal to help the country combat earthquakes, floods and so on to mend ties.

Challenges to Indo-Pak relations have transpired from the frequent floods caused by the Indus River as it remains unguarded. This has led to a blame game between the two nations. The ongoing climate change will ultimately result in the melting of the Himalayan glaciers (from where the River Indus originates). This will result in more severe floods in both countries if such an issue is not addressed at an early stage. In connection to such a challenge also lies the issue of the Pakistani media often being seen to blame India for refusing to cooperate in averting the flood crisis. There is a need to work on the trust deficit.

Pakistani territory remains quite prone to natural disasters like earthquakes and floods. Such recurring calamities result in loss of life, property and livelihood. Thus, the country has to depend on foreign aid in order to cope with such dire circumstances. India should take advantage of such opportunities by providing aid to Pakistan and thereby mend its broken ties with Pakistan. Further, the water dispute in the Indus basin can be dealt with through the construction of a water grid. This would ensure better water management accompanied by a structural division of the Indus River basin.

Factors like soaring temperatures and a complex hydrological regime make Sri Lanka highly vulnerable in terms of climate change. The island country has a long history of experiencing frequent and recurring natural hazards in the form of cyclones, floods, droughts, coastal erosions and landslides. With Sri Lanka on its way to a financial and humanitarian crisis along with fears of bankruptcy by 2022 as inflation levels rise to its peak and food prices skyrocket, the debt-ridden country is found to be in dire need of foreign aid to tide over all its crises. This is where India and its private sector can go on to play a pivotal role.

The Confederation of Indian Industry (CII) for instance, had worked towards providing relief and also rehabilitating all those who had been affected in the aftermath of the 2001 Bhuj earthquake as part of its CSR initiative at the national level. A wider and more pro-active participation of the corporate sector in the arena of disaster management, that is, on an international level and in joint collaboration with the Government of India, can strengthen India’s capabilities in providing humanitarian aid to its neighbouring countries like Sri Lanka, for instance.

To conclude, India has tried to work out permutations and combinations for a long to construct a complementarity of interests with her South Asian neighbours, so as to ensure prosperity within the region by ensuring vaccines, disaster resilience and preparedness, development infrastructure and so on in the form of aid. Employing disaster diplomacy as a means, India has shown a willingness towards stepping up and being at the forefront of global conversations and initiatives within South Asia. For instance, healthcare has emerged as a strategic asset for India’s disaster diplomacy at present, during the Covid-19 pandemic.