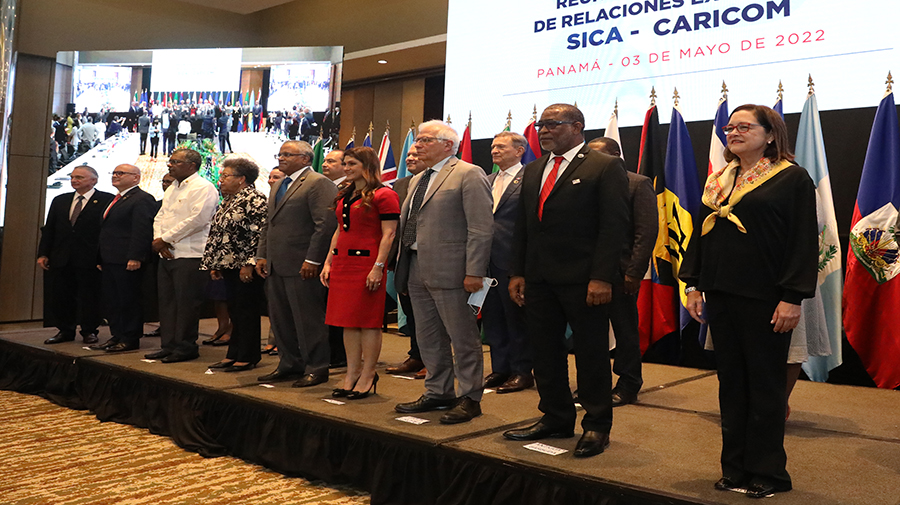 Panama has been used as a transit point since long before the Hispanic era when native Mayans (the so-called navigating Phoenicians of America) travelled from the Gulf of Mexico, throughout the Caribbean to the province of Darién in Panama. Later, with the discovery of the Pacific Ocean by Vasco Núñez de Balboa in 1513, the Isthmus of Panama would become the meeting point between the native populations of the southern, central, and northern Pacific of the continent, becoming since then a transit route.

Today, with the open skies policies maintained by South American nations, migratory transit continues to use the Isthmus of Panama for their journey.  Thousands of people not only from South America and the Caribbean countries but also from other continents, use Panama as a route for transit through the border of the Darien province where security and humanitarian assistance such as health and food are received. Our country is committed and responsible for taking biometric observation to keep track and registry of the vulnerable and displaced migrants, with controls to detect the alerts of individuals linked to crimes.

José FraizIn this way, irregular migration has become a challenge for our country. In 2021, Panama has shown great solidarity with humanitarian help, granting from its own resources 45 million dollars for the prompt attention of irregular migration. It is worth mentioning, that also in this same year, Panama provided humanitarian assistance to more than 133,000 irregular migrants (Source: Immigration Panama). So far this year, from January to April, Panama has provided humanitarian assistance to 19,092 irregular migrants transiting the border with Colombia (Source: Immigration Panama). Likewise, the country maintains an approximate number of 600,000 emigrants who have been receiving care in accordance with Immigration Law, through regularization processes since 2010. Subsequently, in the last years, Panama has organized various initiatives with the purpose of advancing cooperation with the countries of the region that, gradually, are giving results in consensus. Some of these valuable initiates have been:

Panama City was recently the meeting point for the Ministerial Conference on Migration and Protection (April 19th and 20th, 2022). As part of the country’s international agenda, a meeting of foreign ministers and representatives of 20 countries of the Americas was organized to address issues of migration and cooperation, control, and flow of people in the region. The Ministerial Conference had excellent results where a consensus was strengthened so that the challenge of irregular migration counts with higher participation in the public agenda and is addressed with more resources.

The negotiations in Panama of the Ministerial Conference on Migration and Protection fulfilled the objective of promoting support for migrants and refugees receiving nations. Also, international organizations through their programs are coordinated to guarantee the faithful fulfilment of the human rights of the emigrant population.

Since the Republic of Panama has established migratory controls regulating and controlling the transit of people through the isthmus, the number of cases of human trafficking and smuggling of migrants has considerably reduced. Panama’s task is to comply with national and international migration provisions, as well as to involve and raise awareness among the other countries in the region to counteract human trafficking by controlling, assisting, and documenting forced, voluntary, permanent, or temporary migration. Thus, guaranteeing during the migration process the basic rights and needs of the migrant population.

To conclude, Panama complies by promoting the regional agenda for the security and human rights of migrant populations. The nation aids and takes great responsibility in providing an environment which helps not only passing travellers but also helps make migration as secure as possible.

Jose Fraiz
Author is Third Secretary at the Embassy of Panama in India
Tags:
Share:
Share this...