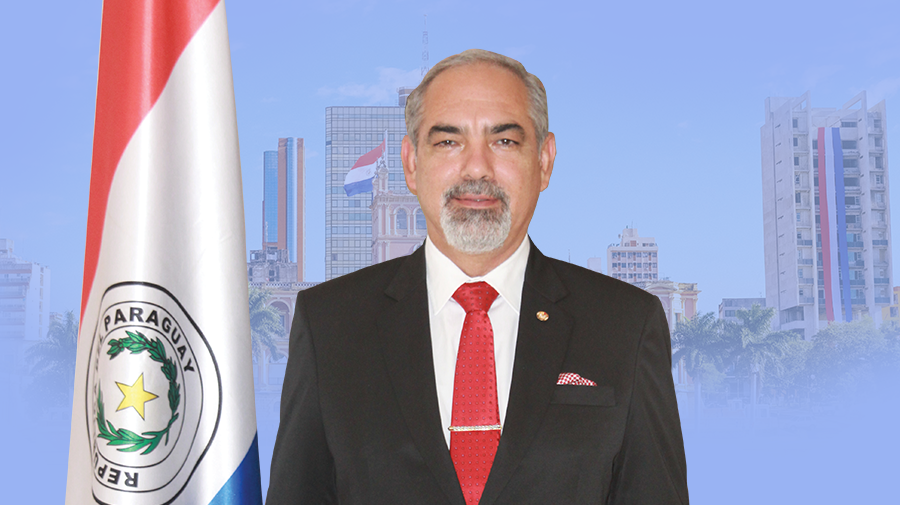 Diplomatist: India has recently opened its first permanent diplomatic mission in Paraguay. How will it help improve bilateral relations between the two countries? Moreover, who will benefit from improving trade and investment?

H.E. Mr. Fleming Duarte: India is one of Paraguay’s top five export destinations. Total bilateral trade volumes between the countries reached 400 million US$ Dollars. Paraguay’s net trade favoured Paraguay by more than 176.42 million USD in the period 2016-2019. India’s exports to Paraguay in 2020 stood at USD 210 million & Paraguay’s exports to India amounted to USD 166 million. The government of India’s recent move to open the Indian mission in Paraguay indicates the importance of increasing economic relations with Paraguay.

This decision constitutes a very important historical milestone in bilateral relations between Paraguay and India, which will make it possible to deepen political relations, the growth of bilateral trade, investment and economic commitments, cultural exchange and in addition to facilitating greater contacts between the citizens of India and Paraguay and in the direct processing of consular visas at the new embassy.  Bilateral relations between India and Paraguay will be greatly enhanced because investors and entrepreneurs will have the possibility to present their projects directly to local authorities, avoiding the intervention of third parties located in neighbouring countries. In this sense, several areas such as transfer of knowledge in technology, promotion of trade with the establishment of joint ventures between companies from both countries, training of human resources, investments in strategic areas, cultural and tourism promotion, whose activities will be streamlined and supported by both diplomatic representations with greater efficiency.

There are plenty of opportunities to enhance trade and investment between India and Paraguay and the execution of projects will benefit the citizens of both countries.  Full support and joint work has been agreed with the Embassy of India in Asunción to coordinate actions aimed at concrete business meetings and exchange of information to tap investment opportunities and ultimately the welfare of the inhabitants of India and Paraguay.

Diplomatist: India and MERCOSUR are in talks to expand the agreement, what are the chances of that happening and helping in trade between the two countries?

H.E. Mr. Fleming Duarte: In this context, our partners in MERCOSUR together can contribute to the reconstruction of a new post-COVID19 international order founded on common values of democracy, national sovereignty, and market economy. The goal is to find ways of productive complementarity, overcoming several obstacles. In the first place, Paraguay has been exercising the pro-tempore presidency of the free-trade bloc, and the flexibility and openness by authorities- India and Mercosur partners- will be crucial for the progress in the negotiation of new lines – deepening-as well as toward the expansion of the Preferential Trade Agreement. In the last virtual meeting, both agreed to bring documents to be analyzed by the group. The analysis will serve to refresh and prioritize the bloc’s policy towards India and other trading partners.   Second, Paraguay and India with other trading partners in MERCOSUR (Brazil, Argentina and Uruguay) failed to make progress in expanding mutual market concessions to at least 3,000 strategic products. These objectives are an important initiative when world trade has been losing its dynamism due to protectionism and the trade war between the large global economic blocs, which even after covid19 new limitations stem with the logistic sectors that challenged further.

All the mentioned factors are unlikely to be alleviated in the short run. Many adjustments must be discussed and agreed upon, an example to mention is that most of the rules of origin relating only to trade in goods with India no longer respond to the dynamics of global value chains and new scenarios will surely emerge with new approaches in the post-COVID-19.

A key aspect is to maintain the special tariff concessions that Paraguay has received from India, in terms of its status of less relative development within the trading bloc.

Diplomatist: During the visit of the Vice President of India to his country in 2019, Paraguay sought cooperation in the Space Sector. What can India offer in this sector?

H.E. Mr. Fleming Duarte: In March 2019, at the bilateral meeting between Vice President M.  Venkaiah Naidu and his Paraguayan counterpart Vice-President, Hugo Velázquez, have stated that both the Indian Space Research Organization (ISRO) and the Paraguayan Space Agency could cooperate in: resource mapping; exchange of earth observation data; the manufacture and launch of satellites on a commercial basis; establish a ground station to receive, process and disseminate data from Indian satellites for use in various remote sensing applications.

Space agencies in both countries could collaborate on training related to the manufacture of small satellites, and customized training on specific areas of space technology applications (enhancing the ingenuity for the creation of new ventures and start-ups by young people, including the assessment of natural resources and support for natural disaster management).

The Republic of India is a country that develops its own satellites, rockets, and launches and has managed to reach the planet Mars with a low-cost spacecraft, the “Mangalyaan” probe thanks to the ingenuity of Indian specialists.

Similarly, today, the training for satellite protection of the population against natural disasters (such as forest fires, storms, and other events), acquire high relevance and would be very useful.

Diplomatist: How can the two countries work together in the agricultural sector?

H.E. Mr. Fleming Duarte: Indian agricultural technology companies are interested in developing projects in Paraguay, especially in the production of Stevia and nuts such as Macadamia and Cashew, highly appreciated and with growing demand in the Indian brand. In addition, which would bring benefits such as:

The technology developed in India has been tested on mango crops, whose productivity per acre was increased 3 times. It has also been tested on rice plantations in Vietnam, where a 40% productivity increase was identified. As for the processing of mango fruits, the interest of a firm to participate in a trade mission this year has materialized.

Diplomatist: Human trafficking, illegal immigration, and narcotics is something that every country is trying to fight. Do you think India can offer security solutions to its government?

H.E. Mr. Fleming Duarte: In relation to these specific issues, India can greatly assist Paraguay with extensive technological cooperation: systems and training on migration control, integrated systems between various Paraguayan institutions such as the National Police, the General Directorate of Migration, the General Directorate of Customs, and the National Anti-Drug Secretariat to efficiently combat drug trafficking, among others.