Australia takes a new patch after the federal elections 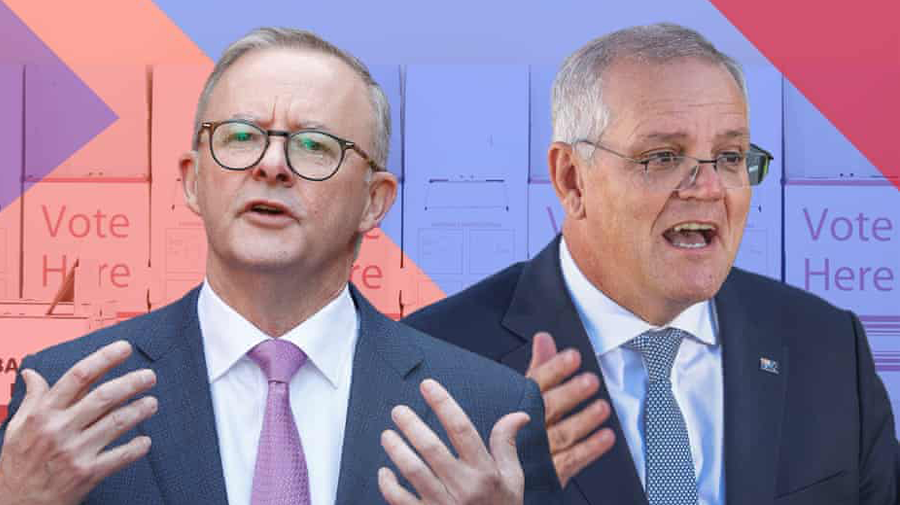 After the defeat of the conservative-liberal coalition which ruled Australia for about a decade, Canberra is set to take a new strategic path under the coalition of the left-center government.

The Liberal-National coalition failed to win enough seats in the elections heralding a new era in the Australian political scenario. Despite a left-centre government, it’s predicted that Australia will strengthen its security commitments with both US and India.

It’s expected that Anthony Albanese the new Australian PM will revisit the scope and range of the India Australia relations and the wider strategic landscape for Canberra.

As India and Australia expand their strategic engagement it will have a profound impact on the geo politics of the Indo Pacific thereby altering the existing security architecture in the region.

It’s noted that both the aspiring Great Powers India and Australia have shared security concerns with the rise of China and the Changing International System where the pre-eminence of the United States is being challenged.

In addressing the security concerns, Australia and India have tightened their operational priorities having implications at the strategic level. One such important operational issue was addressed with the inclusion of Canberra in the annual Malabar exercise where for the first time all members of the Quadrilateral Security Dialogue (Quad) will be participating in a maritime exercise since 2007.

The Malabar military exercises in which Australia participated for the first time in 2007 very much reaffirmed the much sought out strategic partnership. It’s noted that the Australian Navy has deployed its HMAS Ballarat, an Anzac-class frigate as a part of the Malabar exercises.

Earlier, the foundation of the strategic engagement between India and Australia was mooted as a part of the “Comprehensive Strategic Partnership” agreement sealed during the course of the virtual state summit held between Indian Prime Minister Narendra Modi and Australian Prime Minister Scott Morison elevating the already existing strategic partnership to a strategic alliance between New Delhi and Canberra.

The sub-set of the ‘Comprehensive Strategic Partnership’ is the game-changing Logistics Exchange Agreement the on similar lines to Indo- United States Logistics agreement.

The Logistics agreement will enable both New Delhi and Canberra navies to extend their areas of operations.

Further, the above operational innovation will enable New Delhi and Canberra to reconcile the strategic differences as they approach their Maritime-Grand Strategic vision in the Indo- Pacific. The momentum for the Indo-Australian strategic alliance has increased in recent times both at the Operational and Strategic Levels coinciding with China’s increased maritime assertiveness.

Earlier under the watch of Scott Morrison’s premiership, India-Australia started to enhance the range and scope of their maritime operational reach through bi-lateral naval exercises called ‘AUSINDEX’ in 2015 and the two armies had also launched exercises, the AUSTRAHIND, in 2016.

Besides that, there are also regular staff-to-staff talks between the three wings of the armed forces on both sides developing the necessary base for better interoperability among the two countries’ armed services thereby facilitating the scope of the Mutual Logistics Arrangement.

At present, India has a Mutual Logistics Arrangement with many countries such as the US, France, Oman, Philippines, Indonesia (Sabang Port) and others. Similar agreements are planned with Japan and Russia to facilitate the Indian navy’s range and scope of operations in the wider Indo-Pacific region. Logistics arrangement with Australia will facilitate the Indian Navy’s continuous deployments in the Indian Ocean’s Eastern Choke Points through the maritime surveillance aircraft P8I thereby denying Chinese submarine intrusion in the Indian Ocean.

Indo-Australian Logistics Agreement will be modelled on the Indo-US agreement with profound variations having impact primarily on the operational surveillance that Indian navy will have overlooked the South Eastern Indian Ocean extending till South West Pacific thereby developing capabilities to overlook the Chinese submarines’ activities.

In justifying the commitments to the Logistics Agreement, the Indian Navy will now be undertaking P8I operations from Australian bases in the Cocos Keeling Islands and the port of Darwin thereby monitoring China’s submarine movements in the Indian Ocean.

Further, New Delhi may utilize this leverage to have reciprocal naval exercises around Australia’s Northern Territory including gaining the right of operations of India’s P8Is from the Royal Australian Air Force base at Darwin or Cocos Islands. This will facilitate the necessary interoperability essential for India and Australia’s anti-submarine warfare.

Australia’s maritime reach in Asia will be boosted by aerial refueling and early-warning aircraft, both significant force multipliers, and the introduction of two large amphibious vessels.

On the other hand, Australia also has a forward presence in the Cocos (Keeling) Islands in the Indian Ocean, which consist of two atolls and 27 islands, some 2,950 kilometers northwest of Perth and 1,272 kilometres southwest of Jakarta. The islands serve as a refueling stop and forward base for the Royal Australian Air Force’s P-3 Orion surveillance fleet, covering the Indian Ocean.

The Cocos Islands base once upgraded will support the latest generation P8-A Poseidon maritime patrol aircraft and the world’s largest drone, the US-built Global Hawk for the anti-submarine warfare.

In conclusion, new Australian Prime Minister Anthony Albanese will provide a new strategic framework for Canberra which include strengthening the existing relations with both India and the US.