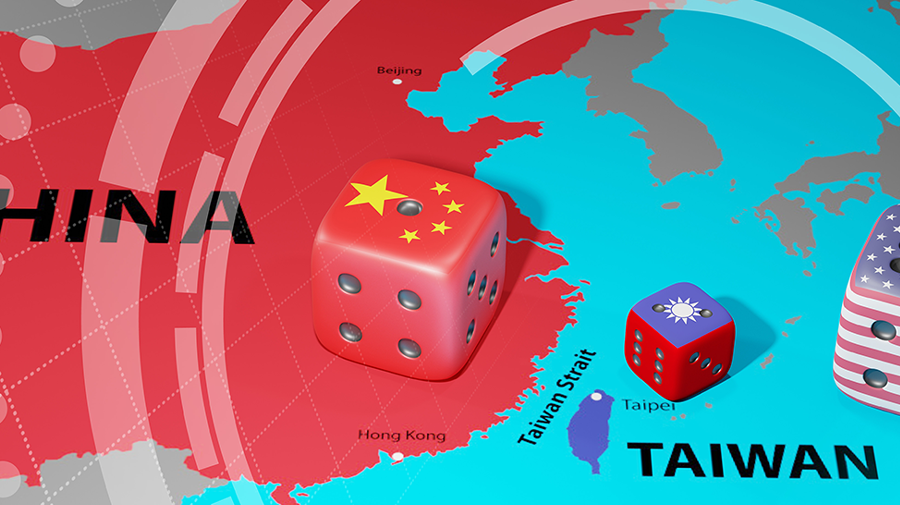 Russia’s prolonged invasion of Ukraine has prompted many to consider the plausibility of a similar emulation of China in Taiwan. However, these comparisons have not gone too well within the ranks of Chinese leadership. This is so because drawing parallels alludes to a sovereign status of Taiwan, which is unacceptable for the Chinese.

Although the current crisis brings no material benefits, China is poised in a better strategic position for three reasons. For one, in any outcome, Russia is not expected to achieve victory in toto. The war has already tested the might of the Russian military and has stretched beyond what Putin might have expected. If anything, Russia is expected to emerge as a bigger pariah after the war than before. A weaker, more dependent Russia is always in Chinese interests. Second, the current crisis has also given the Chinese a trailer into what an international reaction might look like (albeit accentuated). This will enable China to prepare better in the face of a heightened resolve of the west and adjust its links to the global economy to mitigate a larger crisis at home. Third, it has temporarily diverted the west’s attention from the region that concerns China more – the Asia-Pacific.

Considering these conditions, it is expected that a simultaneous attack on Taiwan before this crisis ends is highly unlikely. Multiple factors restrict such a possibility. The first and foremost being such an act pushing the world into a Third World War. A simultaneous attack would appear to be a connived and coordinated attack of autocracies on the Democratic world, and that would not end well for any of the parties concerned. In fact, any such move by China in the near future looks less likely. Another reason is the state of the Chinese economy. China’s economy is struggling under a new wave of covid. The government has already announced a lower yet highly ambitious target of 5.5% GDP growth. Achieving this target would mean an addition of almost $1 trillion to the economy when Covid lockdowns have curbed industrial output, consumer spending is low, and the local governments are instructed not to sell lands to property developers. All these factors make the attainment of such a target highly unlikely. To enter into a military conflict for a country that has for long benefited from a peaceful world order and extracted tremendous growth seems unlikely.

The third reason is political. China’s 20th party congress is just around the corner, and Xi Jinping is poised to enter a third term. Any move that could jeopardize his smooth transition into a third term is unlikely to be undertaken. Even the domestic political discourses do not hint toward an attack on Taiwan in the near future. Protests are surging over the zero-tolerance policy, with Vice-Premier Sun Chunlan overseeing a strict implementation of such restrictions. The recently concluded two sessions (CPPCC and National People’s Congress) have focused primarily on stability, hence limiting the prospects of any volatile undertaking.

However, this does not negate the possibility of such an undertaking under the leadership of Xi. Unlike Deng, who professed certain challenges to be dealt with by the next generation, Xi has resolutely proclaimed that the Taiwan problem should not be passed on to the next generation. The recently published Annual Work Report has specified that China is committed to resolving the Taiwan question ‘in the new era’- indicating that it shall be done under Xi Jinping’s leadership.

On the issue of emulating Russia’s aggression in Ukraine, it is unlikely that China would want to mimic Russia’s example. The Russian build-up was slow and gave ample time for Ukraine to prepare for the eventuality currently being played out. Given that Taiwan is surrounded by U.S. allies such as Japan and South Korea, China would aim for a swifter, faster victory if it comes to war. An attack on Taiwan would also be an amphibious one, adding more complications to the undertaking. Unlike Ukraine, Taiwan has held regular War drills to prepare its citizens for the eventuality of an invasion. This could only mean a stronger resolve of the citizenry. Since the CCP pushes strong rhetoric in the mainland that Taiwan has a large number of patriots waiting for reunification, such pushback by civilians would only embarrass China. Even worse would be the mainland’s use of force against people whom it wishes to integrate within its fold.

Therefore, China would not wish to emulate to mess Russia finds itself in today. While reunification is an imminent goal for the Chinese, it would only wish to undertake it at a time when the opportunity costs are low, the economy is stable, and chances of a swift victory are high. It is likely that Xi would like to attain this before he retires. Nevertheless, the calculus of the use of force in attaining this depends on Taiwan’s domestic political environment. Taiwan’s next elections are scheduled for 2024. Xi is expected to remain incumbent at least till the end of his third term in 2027. Therefore, there are two courses of action for Xi. Either continue antagonizing the Taiwanese public and attempt to pull off a reunification by force against a government resolved to fight back or tone down antagonism and effect a transition towards a more amicable government through political sabotage. A reunification by force then would become swifter if the Taiwanese government is infiltrated with the mainland’s stooges post the 2024 elections. In the end, a lot depends on the prevailing political conditions within China and Taiwan. Authoritarian leaders tend to care about the sustenance of their authority the most, and Xi is no different. However, it would be incorrect to brand Xi as entirely impulsive. Unless circumstances compel him to act in haste, he would want to wait for a more opportune time to effect a reunification with Taiwan.

Nishant Dilip Sharma
Author is a doctoral fellow at the Jindal School of International Affairs and a vising researcher at the Institute of Chinese Studies, New Delhi. He tweets @NDilipSharma and can be reached at nishantdilipsharma@outlook.com
Tags:
Share:
Share this...