With Love from France 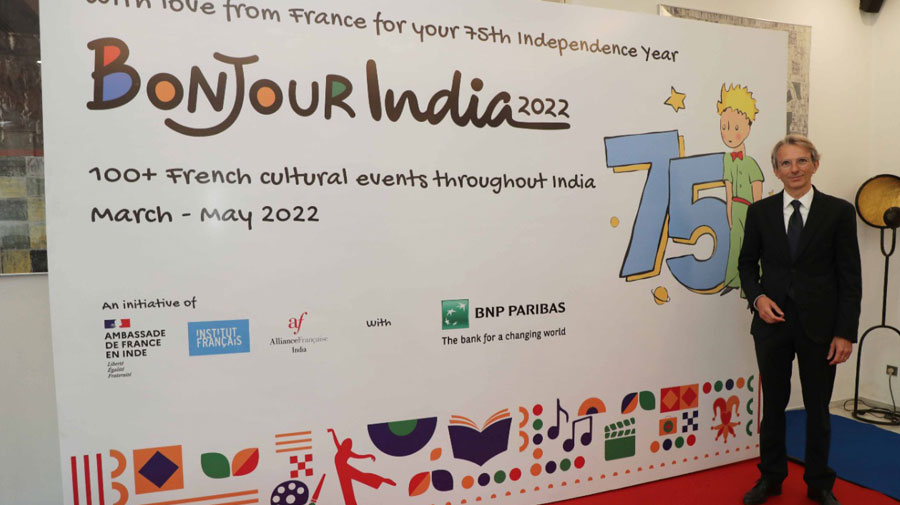 We are delighted to bring a new edition of Bonjour India to 19 cities across the country. With 120 events, it is one of the most important cultural festivals ever organized by France abroad. This is telling about the importance of India to France, and the quality of our partnership.

This edition marks the 75th anniversary of the independence of India and the establishment of diplomatic relationships between France and India. We built this festival as a present from France to the people of India. The poster reflects this intention, in the form of a birthday card, in different Indian languages.

You can see that we chose an illustration of The Little Prince as the main picture on this poster, for various reasons:

Bonjour India is a collaborative work of the whole French cultural network in India. It comprises French institutions like the French Embassy and the French Institute in India, as well as our fantastic network of 14 Alliances françaises (which are Indian organizations dedicated to the promotion of the French language and culture) and our many cultural partners throughout the country, who are coproducing or hosting some of our events.

It is a two-way program with India, who organizes the Namaste France festival at the same time in France. I would like to thank the Government of India, in particular, the Ministry of External Affairs and the Indian Council for Cultural Relations, for this continued collaboration in the cultural domain. We were honored to have Minister of State for External Affairs and Culture Meenakshi Lekhi who attended the launch of Bonjour India.

The government of France is the main funder of Bonjour India. Yet, we are very grateful for the support of our sponsors. This year, we are very happy to have on board BNP Paribas as the principal sponsor and I thank Mr. Aymar de Liedekerke Beaufort and his team for their commitment to arts and education.

I would like to finish with a few words about the program. With around 120 events, it would be tedious to go through the whole list, however, I would like to sum up its spirit around a few key words: