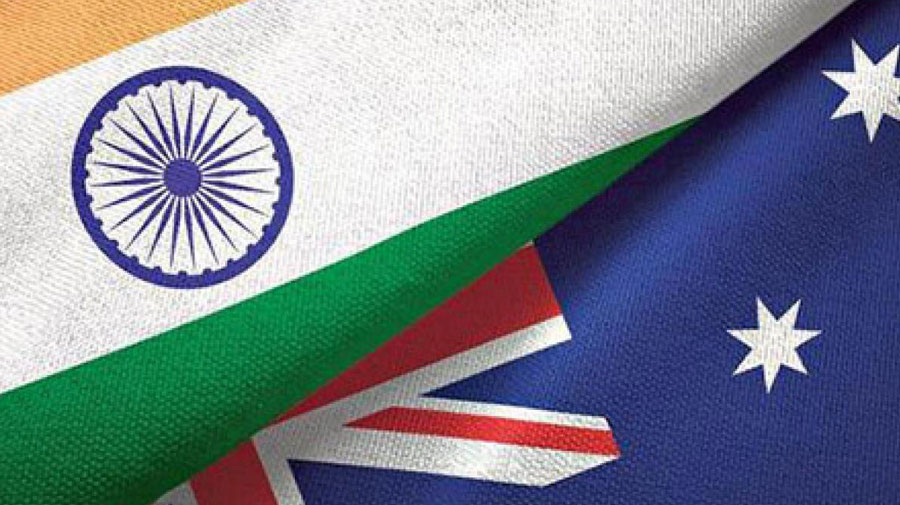 The recently signed trade deal between India and Australia has elevated the relationship between the countries to a new level including firming the existing strategic partnership into an alliance which may have wider implications in the South Pacific region.

Australian Prime Minister Scott Morrison said that the trade agreement with India will be one of the biggest economic doors which is to be open for Canberra’s economy.

It’s expected Morrison is expected to call a general election within days, and has been eager to secure the trade deal before campaigning began, having been in negotiations with India for a decade.

As per the contours of the trade deal, Canberra will provide duty-free access in its market for over 95 percent tariff lines, including textiles, leather, furniture, jewellery, machinery and select medical devices.

The deal will take around four months to be implemented and it’s the first trade agreement that India has signed with a developed economy after more than a decade. This agreement was signed at a time when India is already working with other developed countries such as the UK, Canada and the European Union to sign a free trade agreement–an evident shift in India’s strategy.

Further, to facilitate better trade relations and to arrest a surge in imports and protect the domestic industry, both nations have already worked out a mechanism. The safeguard mechanism will be available for about 14 years from the date of completion of elimination or reduction in tariff.

There will be a special review mechanism for compulsory review after 15 years for certain aspects of the agreement in a time-bound manner. The review, if requested, is compulsory and has to be completed in six months.

It’s noted that Australian exports are more concentrated in raw materials and intermediates, many industries in India will get cheaper raw materials and make them competitive, in particular for sectors like steel, aluminum, and garments among others.

On the other hand, for the products of export interest of Australia, India is offering concessions mostly on raw materials and intermediates either in the form of tariff elimination, tariff reduction (TR) with or without a tariff-rate quota (TRQ).

India’s offer includes immediate tariff elimination on 40 percent of its tariff lines comprising 85 per cent of Australia’s exports in value terms to India and another 30.3 percent of its tariff lines for elimination or reduction of tariffs in 3,5,7 and 10 years time period. Only a few agricultural products such as oranges, mandarins, almonds, pears and cotton among others have been allowed with a limited quota.

Also, India has kept many sensitive products in the exclusion category (29.8% of tariff lines) without offering any concession. Some of these are Milk and other dairy products, chickpeas, walnut, pistachio nut, wheat, rice, bajra, apple, sunflowers seed oil, sugar, oil cake, gold, silver, platinum, jewellery, iron ore and most medical devices. This is a major gain for India in this agreement.

In the services sector too as a part of the deal, benefits for India include post study work visa of two-four years for Indian students on reciprocal basis; and work and holiday visa arrangements for young professionals.

Meanwhile, Australia has also agreed to amend its domestic tax law to stop the taxation of offshore income of Indian firms providing technical services in Australia.

One of the important aspects of the deal include, India’s prowess to reject the world’s largest multilateral trading block- the Regional Comprehensive Economic Partnership (RCEP) – at the eleventh hour and after a couple of years forge a separate tie up with one of the key RCEP partners, which is Australia.

The first major factor is hidden behind the deal is India’s prowess to reject world’s largest multilateral trading block — the Regional Comprehensive Economic Partnership (RCEP) — at the eleventh hour and after couple of years forge a separate tie up with one of the key RCEP partners, which is Australia.

Secondly, this deal for India is the first major FTA with a developed world after many years. Although the deal took place close on the heels of a similar agreement with the United Arab Emirates (UAE), which is valuable both strategically as well as economically because it is one of the largest trading partners of India and all set to become a gateway to Europe, Africa and the Middle East.

The third crucial factor is the timing of the deal. It has happened in an unusual time when the world is divided into camps – for Ukraine and for Russia with a balanced position taken by India.

On the other hand, nearly 10 years in the making, India and Australia inked a landmark economic pact on Saturday, which will see duties being slashed on more than 85% of goods exported to the South Asian nation as both governments secure alternative supply chains and counter an assertive China.

The trade deal with India will also help India and Australia to cement their strategic relationship as a part of the Quadrilateral Security Imitative and multi-lateral military exercises such as Malabar.

Taking a leaf out of the deal, it’s assumed that New Zealand will also fast track its long pending Free Trade Agreement with India. This will be a major boost for Jacinda Ardern led Labour government ahead of next year’s general elections.