The State of Global Power Play: Has Geo-economics triumphed Geopolitics? 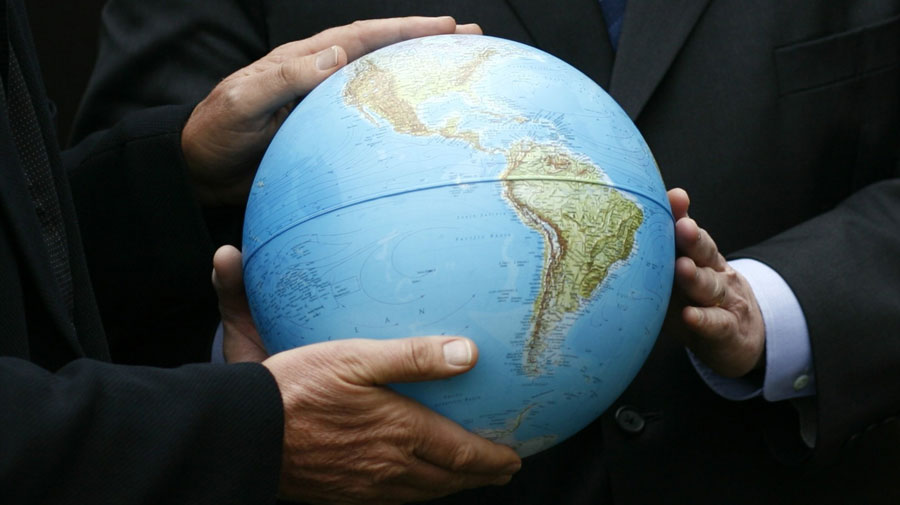 To assume that Geo-economics has triumphed Geopolitics is to adopt a compartmentalized view and a reductionist approach, while in reality, the world operates through a complex interplay of ideas, events, processes and institutions. A study of geo-economics necessarily entails the examination of how politics and economics interact to help actors wield power and influence in the context of geographical spaces. For any major actor which is seeking to shape international affairs, its geospatial characteristics play a significant role in defining its resource richness which in turn gets leveraged through power projection.

With the ongoing recalibrations that one is witnessing in the global economic order, a more nuanced stance will be to assume that, in the future, economic interests will be a major influence on foreign policy goals but not to such an extent as to overpower the latter. As common that economic sanctions or trade-related restrictive measures may have become, they are still manned by the geopolitical imperatives of the concerned actors; the US-China trade war being a case in point (Friedman, 2019). Challenges such as pandemics, environmental changes or technological disruptions call for nations to step up their economic preparedness for all such future distortions- and that preparedness falls within the national strategy framework which in turn is cast within the established geopolitical goals.

To counter this, one may argue that Russia’s 2021 national security strategy (Trenin, 2021) marks a clear tilt towards geo-economics (highlighting the need for national economic transition, furthering social and economic growth and decreasing the trade in dollars and export dependency etc.) from its traditional emphasis on geopolitics and its own global status as a major power. But a detailed review of the document reveals that Russia is setting forth to leverage its advancements in science and technology while bolstering its political relationships with the non-Western major states which have emerged as power centres as a counter to the growing hostility with the USA and the EU. There is also a renewed emphasis on the Greater Eurasian Partnership (GEP) that points to the goal of ensuring that there is no singular dominance by any national economic system. Clearly, this then is not just about economic integration, but rather embeds a geopolitical objective to control the future of Eurasia. Could this possibly be Russia reiterating what Halford Mackinder had envisioned in his “heartland theory” about controlling Eurasia being the pivot to gain total control of the world; an idea that has been carried forward in the contemporary tradition of geopolitical theory? Similarly, if one is to observe the increased geo-economic alliances among Russia, China and the Arab states in the Gulf, it is evident that the political relations are being cemented with enhanced commercial ties with the objective of reducing the influence of the transatlantic competitors. The strategic ramifications of such cooperation are also being felt in Africa, Latin America and the CARs. The same rationale can be applied to interpret the newer alignments such as the D10 whereby UK is seeking establish to forge an alliance of ten democracies (G7 plus Australia, South Korea and India) to avert the reliance on China for 5G technology (The Times, UK, 2020).

Let us now turn our attention to oil—the most coveted resource, both geopolitically and geo-economically. Acquiring access to energy at reasonable prices is a major objective of governments around the world, resulting in a push for fracking technologies and oil explorations and also political tensions. For instance, the US shale oil boom, whereby not only did it outperform Russia in 2011 to become the world’s largest producer of natural gas, but it also surpassed Saudi Arabia in 2018 to become the world’s largest producer of petroleum (U.S. Energy Information Administration, 2019). New market and pricing realities aside, the geopolitical repercussions of the shale boom are hard to miss given the potential for USA in relation to the Middle East for oil and gas production. For Europe, this could effectively reduce its energy dependence on Russia. Notably, Poland and Ukraine both have shale deposits. Russia has utilized its natural gas exports to Ukraine as a geopolitical tool since 2006, the latter of which is heavily reliant upon energy (Reuters, 2009). A peripheral glance would look at the developments as a mere pricing dispute, while in reality, these were warning signals of the Russian displeasure over the increasing western association of Ukraine and the eastward expansion of NATO. The emerging market for renewables is also rife with the possibility for the supply chain resulting in geopolitical transitions and possible hotspots. Countries like Libya, Iraq, Iran, Democratic Republic of Congo and the likes which are all heavily reliant on oil and other fossil fuel exports but are entrenched in poverty and inequality can serve as a potential trigger for unrest which can escalate quickly into a full blown conflict cutting across territories.

Similarly, we find that cyberspace is also a fertile field for venting a geopolitical grievances. Geo-economics and geopolitics blend together in the data-driven economy and national security is therefore dependent upon economic leadership in this area. AI, Big Data or other technological disruptions are not only creating new markets and competition but also altering the players and the theatre of geopolitics, dangerously tipped to bypass the rule based trading system. If we take the example of the infrastructure supporting the data driven economy, we would surmise that it is rooted primarily in the submarine cable and the land based broadband network. It is therefore no surprise that China’s Belt and Road Initiative (BRI) is being linked to attempts to entrap through “data colonialism” (Meijas&Couldry, 2020). The push by governments across the world towards digitization in the wake of the pandemic, is alleged by a section of researchers and civil society activists to be a new form of colonialism whereby human beings are tracked and mined for data which translates into economic value and political power.

In the cases discussed above, we find that national security claims have economic implications which raises an identification problem of whether the claim falls within the economic or political realm. While neo liberals may cite the advances of international cooperation through the forces and structures of globalization, one must remember that member states do not concede their sovereign authority to international organizations, they merely ratify international conventions which can be opted out of at will e.g. the 2017 US backing out of the UNFCCC Paris Agreement on Climate Change Mitigation, on grounds of “prioritizing American sovereignty.” (Weiss, 2021)

To conclude, global flows of goods, services, people, data, technology, finance, supply chains and all that constitute the core of the world economy, have not and can never operate in a political vacuum. As Gita Gopinath observes (Gopinath, 2019), “An intensification of trade or geopolitical tensions – with negative repercussions for global growth and risk appetite – could affect economies that are highly dependent on foreign demand or external financing.” The future therefore will be one where political forces, influenced by both state and non-state interests convoluted further by local interest groups and domestic constituencies will determine the geo-economic trends. There will always be an economic price to pay for geopolitical engagements that the powerful actors do not like.