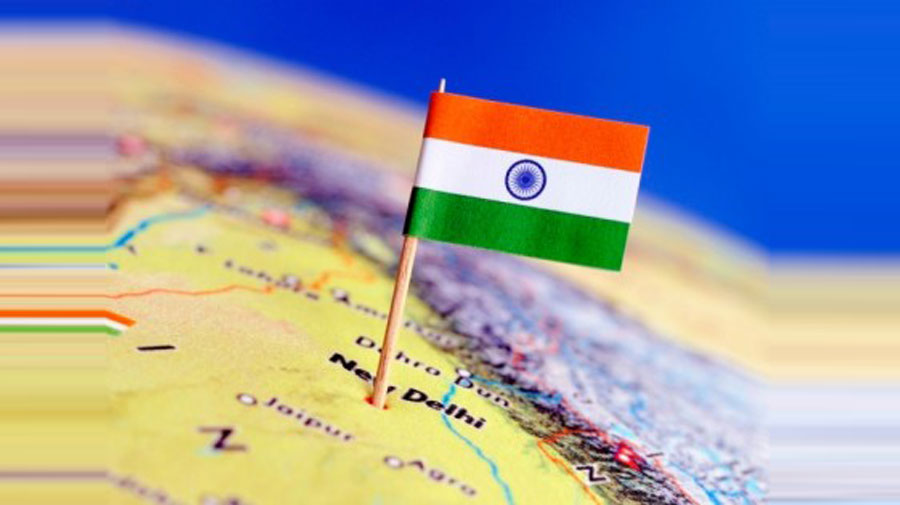 In the context of India, the ongoing war in Ukraine is not only about its stand on the conflict but also the overall discourse of its foreign policy. Despite strong and persistent pressures from the West to sanction and denounce Russia, India has held its ground and refused to bow to external pressures. As the war progressed, the stature of New Delhi as the ‘go-to capital’ has grown. The number and profile of foreign dignitaries lining up to visit, New Delhi has grown by the day. India has been requested by nations to use the good rapport that PM Modi enjoys with President Putin to somehow end the war in Ukraine. PM Modi has already spoken to the presidents of both Russia and Ukraine more than twice. Major in-visits to Delhi and interactions (online) in the past month include the summit level talks with the PM of Japan and Nepal, interaction (virtually) with the PM of Australia and Israel, visits of foreign ministers of China, Russia, UK, Austria, Greece and Mexico, Oman’s Defence Minister, US Deputy National Security Advisor, Foreign and Security Policy Advisor of Germany and EU Special Envoy on Indo-Pacific. More visits are likely to follow soon including the PM of UK, Boris Johnson, scheduled to visit at end of April 2022.

Why is India Being Sought by the World?

India is a rising power. It is the sixth-largest economy in the world and has major trade and strategic partnerships around the world. India is currently a member of the UN Security Council (for years 2022-23), is a declared nuclear weapons power, has the second-largest standing army (by active military personnel) in the world, has an advanced strategic missiles and space programme and most importantly, has been known to exercise its sovereign options without any fear or pressure. In the context of the Ukraine war, India’s traditionally close ties with Russia and its dependence on arms imports is crucial. Also, the West clearly understands that unless India confirms the western position on Russia, especially on economic sanctions, the effect of sanctions would be diluted. There is also an apprehension that Russia along with India and most likely China could dump US Dollar as an index of international trade and trade through an alternate arrangement, which could spell disaster to the established international trade practice and obviously a huge blow to the US economy. Also, sanctions don’t work on India, a fact proven more than once, including the sanctions imposed after the Pokhran nuclear blasts in 1998.  Even in the ongoing purchase of S400 Air Defence Systems from Russia, despite the threat of sanctions by the US, India has not taken a step back. With the highest approval rating of over 70 percent for a global leader, PM Modi’s popularity gives India the additional clout.

In the instant case of the Ukraine war, it is India’s clear, consistent and unambiguous position which has drawn the world to the doorstep of Delhi. To start with, it was India’s abstention on votes against Russia at the UN Security Council as well as UN General Assembly which drew mixed reactions. Many western powers deplored India for siding with Russia. India was however clear, its priority being to get more than 20,000 of its students out of the war zone. Earlier, calling out the hypocrisy of the world on such issues, External Affairs Minister, Dr. Jaishankar, at the Munich Security Conference in February, on the question of principles and their application to the world order uniformly, stated, “I would say principles and interests are balanced and if people were so principled in this part of the world, they would have been practicing them in Asia, or Afghanistan before we have actually seen them do.” Later, replying to a question in the Indian Parliament, Dr. Jaishankar, referring to the six principles on which India’s position on the situation in Ukraine is based, said India’s foreign policy decisions on matters such as the Ukraine conflict are made in line with national interests.

Most countries have acknowledged India’s position in the war. Australia’s High Commissioner to India Barry O’Farrel stated that ‘Australia understands India’s position. India was not in the business of condemnation but in the business of creating conditions in which solutions can be found’. UK Foreign Secretary Truss during her India visit stated that ‘UK respected India’s decision, India is a sovereign nation and UK is not going to tell India what to do’. Ukraine too, after the initial disappointment, has understood India’s position and has expressed gratitude at the humanitarian aid, medicines, and food supplied by India. The only major sour note came from US Deputy NSA Daleep Singh, who during his visit stated that the US won’t like to see a “rapid acceleration of India’s imports from Russia as it relates to energy or any other any other exports. He warned that there will be “consequences” for countries, including India. These comments drew immediate ire not only from Indian media, and intellectuals but the establishment too.

India’s foreign policy has traditionally been based on ‘strategic autonomy’, giving it an unhindered ability to take decisions on regional/global issues without fear or pressure, based purely on securing national interests. It is founded on Panchsheel (Five Principles) which stipulate Mutual respect for each other’s territorial integrity and sovereignty, Mutual non-aggression, Mutual non-interference, Equality and mutual benefit and peaceful co-existence. India has practiced democracy successfully; however, India is not known for enforcing or exporting its form of democracy nor does it support any ideas of regime change. India’s effort to liberation of Bangladesh in December 1971 and then immediately handing over the reins to its people is an oft-quoted example of great military professionalism and diplomacy.

In the initial years of its independence when India was still evolving, ‘strategic autonomy’ was not a well-recognized virtue. However, in the past decade, fast-paced economic development, political stability and outreach within its extended neighborhood have forced the world to recognize the power and potential of India. Coupled with it is the ‘Neighborhood First’ policy which has not only sought to allay fears and apprehensions of smaller neighbors, but has sought to bring the nations together, be it the current economic crisis in Sri Lanka, infrastructure development in Maldives or flood relief in Nepal. Even with Afghanistan, despite the Taliban rule, India has continued its humanitarian assistance to the people of Afghanistan.

Another important factor in the success of India’s foreign policy is India’s reliance on strong bilateral partnerships instead of large regional/global alliances/forums which are always vulnerable to intra-group differences/disputes. Regional forums like SAARC have been largely ineffective while BIMSTEC, SCO, BRICS, etc. too are vulnerable to bilateral disputes sabotaging the agenda. However, strong bilateral partnerships have led to potent platforms like 2+2 dialogues with the US, Japan and Australia, strategic partnerships with a number of countries like UAE, Saudi Arabia, Russia, etc. which have been found more efficient to conduct business and develop cooperative relationships across the globe.

The current conflict in Ukraine has laid bare many accepted global orders and norms. India has emerged as a nation which can be trusted, powerful and strong enough not to be ignored and influential enough to play interlocutor in solving disputes. The cards are now in India’s hands with many options on the table. India’s abstention at the UN General Assembly vote on 7th April on the expulsion of Russia from the Human Rights Council is yet another example of how India has conducted its foreign policy based purely on principles. While the current focus is presently on an early ceasefire in Ukraine, it will be a long time before the global order overcomes the current turbulence. India is well placed to carve out a niche place and a seat at the high table. Dr. Jasishankar’s statement in the context of the Ukraine war on 07th April stating, “If India has chosen a side, it is the side of peace”, perfectly sums up the outlook of India’s foreign policy direction and the secret of its success. At the just-concluded 2+2 dialogue with the US in Washington too, despite insistence from the US, India withstood its ground on Russia as well as other sovereign decisions, while acknowledging and respecting close and growing ties with US.