The Role of skills in combating gender equality: Youth Employment and Entrepreneurship 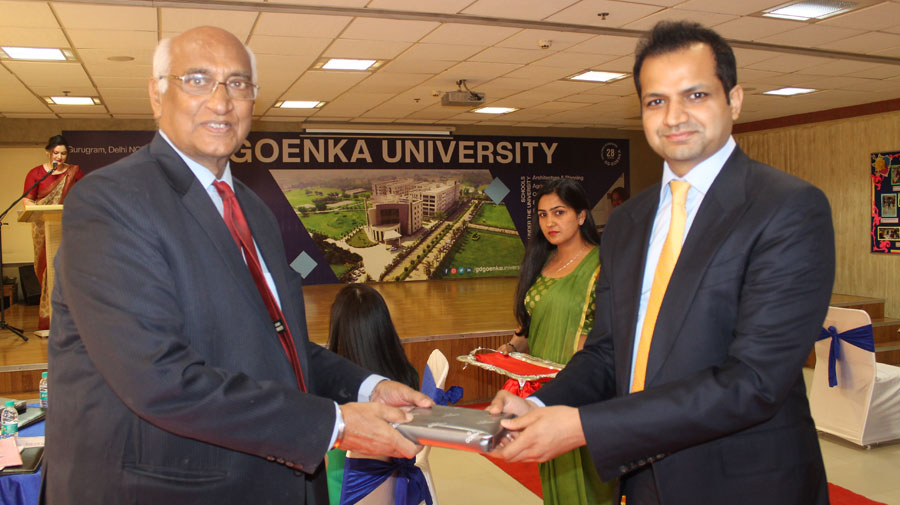 Opening remarks by Chairperson of the session Ambassador V.B.Soni

Excellences’, esteemed speakers on the dais, distinguished participants, ladies and gentlemen. I extend a hearty welcome to you all to this important session.

It is proposed to focus attention on the role of skills in combating gender equality. It would be relevant to have the Indian experience in the sector for a perspective.

During the colonial rule, Indian society, in particular woman’s position went through traumatic times. A culturally ingrained parental preference for sons in the Indian society — emanating from their importance as caregivers for parents in old age — was linked to poorer consequences for daughters. The dowry system, involving a cash or in-kind payment from the bride’s family to the groom’s at the time of marriage, is another institution that disempowers women.

Social reformers like Raja Ram Mohan Roy raised their voice against purdah system and practice of Sati. To combat such malpractices, major initiative to start imparting education to girls was ubdertaken by the crusading couple- Jyotiba and Savitri Bai Phule in Maharashtra around mid-1850s. The very first school for educating girls belonging to the lower strata of the society was established by them around that time.

Later Baba Saheb Dr. B.R. Ambedkar made his clarion call for education for all, to break the barrier put up by vested interest on caste basis. A meaningful start had been made in the direction of gender equality when young girls came forward to join schools with encouragement and support from their parents.

Sustained affirmative action as a way to reduce gender bias, along with policy change aimed at equalising land inheritance rights between sons and daughters has met with positive result. Improvement in labour market prospects and enrolment in professional training provided economic independence and social autonomy that they had been unaccustomed to so far.

Moving on to Africa, an important employment challenge is to tackle occupational segregation of traditionally accepted “male” and “female” jobs and to break the barriers in opening up professions to both sexes. Unaware of their legal rights and often lacking enough role models, women are only now slowly penetrating into the professions traditionally dominated by men. Young women, particularly in developing countries, are often unable to take advantage of training opportunities due to barriers to entry, discrimination in selection and gender stereotyping.

Improved access to desegregated training opportunities will help increase the employability of young women and improve their future earnings and socio-economic conditions. Such efforts should be supplemented by vocational guidance, better suited to their capabilities and needs, as well as by gender- sensitive counselling and placement services, to enable young women to fulfil their potential, leading them to higher long- term earnings and improved employability.

In many countries, for example, young women are encouraged to train in relatively low-skilled and poorly paid “feminine” occupations, with little prospect of upward mobility. These occupations are often related to household work, such as teaching, nursing, food preparation and garment manufacturing, while young men are encouraged to go for modern technology-based training and employment. There is urgent need for these to be opened up for interested women, with competencies to do the jobs.

It is now widely accepted that long-term investments in human capital play a key role in enhancing the productivity of labour and growth. Efforts must be directed at ensuring adolescent and young girls are provided with quality formal and non- formal education programmes.

Private sector growth is a key engine for job creation and youth entrepreneurship. In most countries, with proportionately large populations of young people, the barriers to doing business are comparatively low. Providing opportunities to young women as entrepreneurs will provide impetus to social and economic development of the society.

The decision to recruit, train, promote young women and men should always be based on reasons such as competence, behaviour, contribution and not the on the sex of the individual. Furthermore, young women and men need to be made cognizant of their rights. Young person’s seeking jobs should be made aware that exclusion based on gender, geographical origin, race, appearance, ethnic origin and age is wrong and a retrograde step.

Amb V.B. Soni
Author is a seasoned diplomat with a distinguished career spanning 35 years. He has served in various capacities in Indian diplomatic missions in Moscow, Cairo, Kuala Lumpur and London (1967 to 1983). He was Consul-General of India in Sydney (Australia), Ambassador of India to Senegal, High Commissioner of India to Jamaica and Fiji (1986-1997). He wound up his diplomatic career as Ambassador of India to Ukraine (1997-2002). He has represented India and often headed official Indian delegations to many international conferences.
Tags:
Share:
Share this...