The Re-emergence of the ‘Will to Power’ in Europe 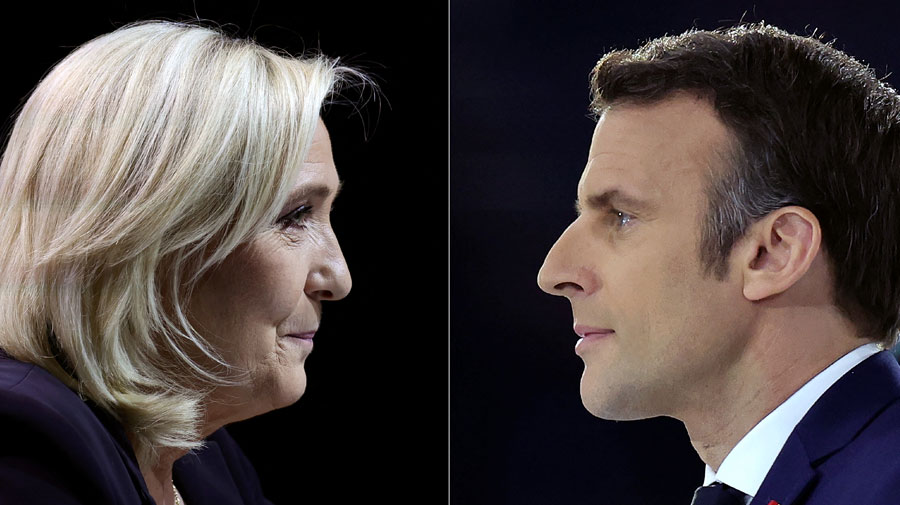 The perspective of historical realism will be used in the current analysis, for the reason that it is the best analytic framework to determine the current global trends, and not because it was my own creation. This is because of my personal interest in it, and I do not intend to market and commercialize this tool.

There are two major events happening in Europe now as we speak. The first one is, as we all know, the ongoing war in Ukraine. The second one is the current presidential election in France. The war in Ukraine may have taken the world’s attention away from the dramatic changes right now in Europe’s political landscape.

Perhaps many are unaware that the elections being held in France could change the world. France’s right wing is represented by Marine Le Pen, and this is her third attempt to run for president. Notably, her approval ratings have risen sharply in the past few weeks. This kind of change in approval rate is not new, and it is not the first time in history. Long before the outbreak of the Second World War, the world economic structure also experienced great changes, posing much difficulties in the process of economic adjustment for various countries that time. Typical phenomena that occurred were inflation, structural adjustment of supply chains, and employment shortage. Now such a historical situation is repeating itself yet again. After the price of gasoline in France soared by 35% in the past year, millions of French people are struggling to make ends meet. It is impossible for the social anger caused by this not to exert huge impact on French politics.

By focusing her political agenda on the cost of living, Le Pen’s option is indeed effective for the French right wing, where it has gained the dominance of the French bread-and-butter issue. In the 1930s, Adolf Hitler’s Nazi Party also used the same approach, exploiting the incompetency of the post-First World War professional politician systems in various countries to win the general support of the German society and put the “will to power” on the peak of European political landscape.

Western society is in fact, unfamiliar with the reappearance of this “will to power”, so there is a certain panic. The only thing it expects is that nothing bad would happen. The question is, if Le Pen does get elected, and everything becomes inevitable by then, what will happen to France?

Although Le Pen has distanced herself from Vladimir Putin to some extent since Russia’s invasion of Ukraine, she has expressed unequivocal sympathy for Putin’s casus belli and rejects a series of tough measures against Russia by the transatlantic alliance. “Do we want to die? Economically, we would die!” she said. In a recent television debate, when asked if France should cut off oil and gas imports from Russia, Le Pen’s words are, “we have to think of our people”. Her answer does not offer any solution, but she sits on one side of the solution, and attempts to make her political opponents being stuck on the other side.

Le Pen’s very own experiences are intolerable enough for the United States and the United Kingdom. She is a vanguard of the far-right anti-immigrant party founded by her father, and her name last name has become synonymous with racism and xenophobia in traditional circles of Western politics. More importantly, she has long been an admirer of Putin. This is not surprising at all, as both Le Pen and Putin, though with different nationalities and different interest orientations, are all adherent of “will to power”. They are different from those professional political elites in Western countries in terms of paths, ideas, and paradigms.

Emmanuel Macron’s administration has at least drawn a line between Paris and Moscow. Even if the French president has been unsuccessfully attempted to play the role of mediator, France has given arms and funds to support the Ukrainians. The Anglo-American axis has reason to worry that after Le Pen makes it into the élysée Palace, she could terminate the existing European multilateralism. Le Pen would, in the name of the French people, push other European leaders to abandon their pro-Ukraine alliance, thereby bringing the multilateralist transatlantic partnership to its end. If the future war in Ukraine develops into a protracted war and leads to higher energy prices and inflation across Europe, multilateralism of the entire EU will be shattered, and France might very well do a “Frexit”. Perhaps more European countries would do the same.

This is certainly not impossible, and indeed Le Pen’s political line has been very clear. She opposes sanctions and the contributions of arms from the West to Ukraine, and she has always been in line with the Kremlin’s views on Ukraine or NATO. Her political view includes pulling France out of the NATO’s integrated command structure, and she is against the EU’s blockade measures. These claims completely deviate from the EU’s conventions, making France to tread on the path of “Frexit”. However, it is said that in this election, Le Pen was afraid of scaring her own voters, so the concept of “Frexit” has been removed from the plan.

As is the case with France, the EU is already facing unprecedented conflicts of interest and danger of disintegration with other European countries that lack clear solutions to their problems and are trapped in past moral commitments. Those professional politicians are about to get off work, and politicians who actually rely on public support are beginning to enter the European political stage. The clear and forceful “will to power” that represents the public opinion did not disappear when the Second World War ended. Now it has returned with vengeance. With its power to smash and destroy everything on its way, it is again at the center of Europe’s political arena.

That said, it is quite unlikely that these “wills to power” in Europe would end up in peace, or even working with each other. Although Le Pen has something in common with Putin, this commonality is more of an admiration for the concentration of power. Both of them have in fact, conflicting fundamental interests, while their resources are limited and competitive. After abandoning the multilateral framework, it would be a pandemonium where all contradictions would set loose. In order to seek and obtain a solution to the “French problem”, Le Pen would have to compete fiercely with France’s former allies, which includes with Putin. Putin would do the same, and the war in Ukraine is just the beginning. Therefore, in the future, all multilateral cooperative relations in the world could morph into fierce competitions due to the emergence of “will to power”, and because of high attention to different countries’ own national interests. We might witness these competitions, even wars, taking place in all European countries.

The future EU will probably be centered on those countries that are willing to work together, make sacrifices, not afraid of hardships, and based on public opinion. These countries are mainly concentrated around the Baltic Sea, and they could become an “expanded Switzerland” before and after the Second World War. They are strong and combat-effective, united and neutral, with solid collective strength.

More importantly, they will be the successors of the old Europe, and the collaborators with close ties to the Anglo-American axis to maintain their own secure existence.

Chan Kung
Author is Founder of ANBOUND Think Tank (established in 1993). He is one of China's renowned experts in information analysis. Most of Chan Kung's outstanding academic research activities are in economic information analysis, particularly in the area of public policy.
Tags:
Share:
Share this...