The Paradox of India-China Relations 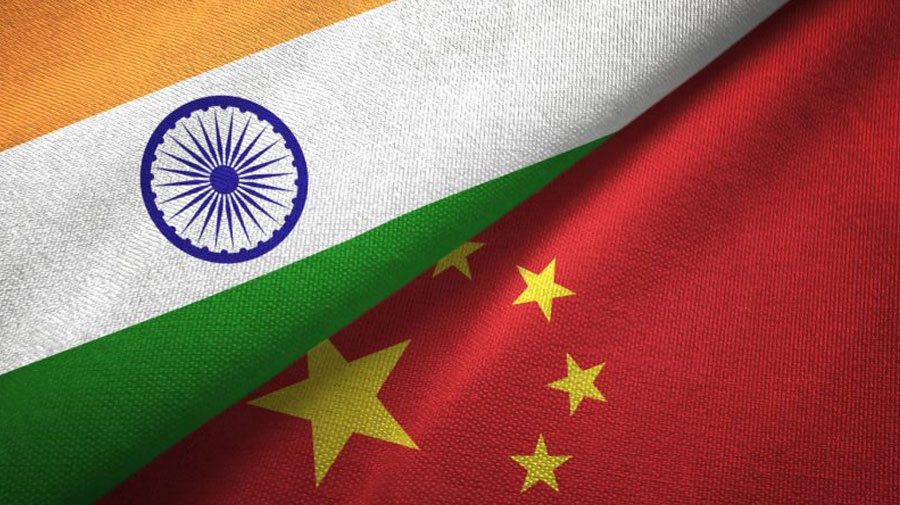 Recently in Glasgow, China and India worked together on important problems including coal reduction and climate justice. They both abstained in the UN Security Council and UN General Assembly during the current Ukraine crisis because of their long-standing relationships with Russia – formal partnership in China’s case, military dependence and China-focused concern in India’s. This cognitive dissonance is explained by two competing national narratives.

Postcolonial territorial wars, beginning with the 1962 border war, are the main focus of mainstream media coverage of China–India relations. A shared border agreement did de-escalate conflicts between 1968 and 2017 (save for 1987). However, vulnerability is always present and might be triggered by minor road improvements or domestic political upheaval. Against this backdrop, the US has played a substantial but varying mitigating role

In May 2020, China and India clashed over minor road improvements, enflaming Indian public sentiment. The conflict had a big impact. So far this year, India has blocked 220 Chinese mobile phone apps and strengthened connections with Quad partners.

But only part of the story. India voted against the majority proposal to phase out coal at the COP26 in Glasgow in November 2021, arguing for a “step down” rather than a “phase out”.

Surprisingly, China was India’s strongest ally at COP26. The Glasgow coal alignment is the culmination of years of cooperation. Despite the COVID-19 outbreak and global tensions, bilateral trade between China and India increased by 43% in 2021, with Chinese exports rising by 46% and Indian exports rising by 34%.

The China–India relationship exemplifies the complexities and ambiguities of global politics. Given the irrational costs of border wars, material interests and institutions alone cannot explain the link. Rather, states seem to reinforce prevailing national narratives as a means of influencing policy preferences. Aiming for the same thing while using different methods results in parallel stances on crucial problems.

Both China and India are torn between two essential narratives: postcolonial state construction and economic and social fairness. Asymmetric warfare is a term used in both Chinese and Indian foreign policy. The first leads to strife, the second to cooperation.

The primary national narrative in China and India today is economic development. Before 1800, China and India accounted for over a quarter of the global economy each. However, throughout colonialism, China and India’s share fell from 50% in 1820 to under 12% after independence.

This scenario leads to convergence of perspectives and, occasionally, harmony or even cooperation. Both India and China call for global economic reform. Co-founders of the New Development Bank envision a multipolar future. Implications of the Ukraine incursion on China and India’s engagement with BRICS ministers and working groups

Climate justice and shared but differentiated duties are important concepts in both groups’ views of global climate governance. This was shown at COP26.

India’s authorities are fully aware of the difficulties in managing their complex relationship with China, reducing friction and increasing collaboration. But, for a variety of reasons, these tasks may become onerous. For one thing, the China-India strategic chasm is expanding. At the turn of the century, China and India had similar economic size and per capita wealth. China nearly doubled in size at the turn of the twenty-first century. This huge chasm is unlikely to be bridged soon. A significant slowdown in China’s economy and an acceleration in India’s growth rates may not be feasible in the near future.

This weakens India’s ability to counteract China’s rise. Other countries like India face two essential alternatives. In this way, it avoids rivalry and strives for better accommodation. Such a trajectory is unthinkable for India. Delhi, accustomed to being the natural leader of the developing world, would find it difficult to accept a secondary role in a China-centric Asian order and an international system where Beijing sets and enforces standards. Alternative for India is to balance Chinese power. Greater power is usually balanced by two mechanisms: internal and external. The full mobilisation of domestic economic and military resources is required to maintain some degree of strategic equity, if not complete parity. The other is that alliances and partnerships externally counteract strong power. Third, an asymmetric approach to the stronger power is an option.

India has issues on all three fronts. Internal harmony necessitates a rare blend of political will and executive ability. But Delhi has failed to show this for a decade. Despite China’s apparent improvement in strategic capabilities, from border infrastructure reform to cyberwarfare, New Delhi has been unable to progress. Whether it’s building border roads or modernising the Indian military, or investing in advanced research and development, New Delhi hasn’t had Beijing’s tenacity. Concerned about China’s rise, India has taken interesting steps to build strategic connections with the US, Japan, and Vietnam. India, on the other hand, is reticent to implement external balance. Domestic politics and concerns about losing strategic autonomy have severely hampered New Delhi’s ability to collaborate strategically with nations larger than itself. If non-alignment stifles India’s relations with the US and Japan, a fear of offending China limits what India can offer smaller states like Vietnam seeking to balance China.

Finally, an asymmetric approach to China has gotten less consideration in India. In the last two and a half decades, Pakistan’s army has used cross-border terrorism to counter India’s overwhelming capabilities. China has used a similar strategy to disrupt the US in Asia and the Pacific. Despite the benefits of an asymmetric strategy, New Delhi has been slow to respond to China’s rise. Internal balance, alliances, and asymmetric tactics go way back. They predate the European era, going back to Kautilya’s Arthashastra and Vishnu Sharma’s Panchatantra. Unless India is willing to re-engage with its own strategic traditions, it will struggle to deal with the unprecedented challenges provided by China’s development.

So, can occasional cooperation between China and India be enough to overcome the border impasse, or will the international community have to accept that India-China relations will remain a delicate balance of confrontation and cooperation?