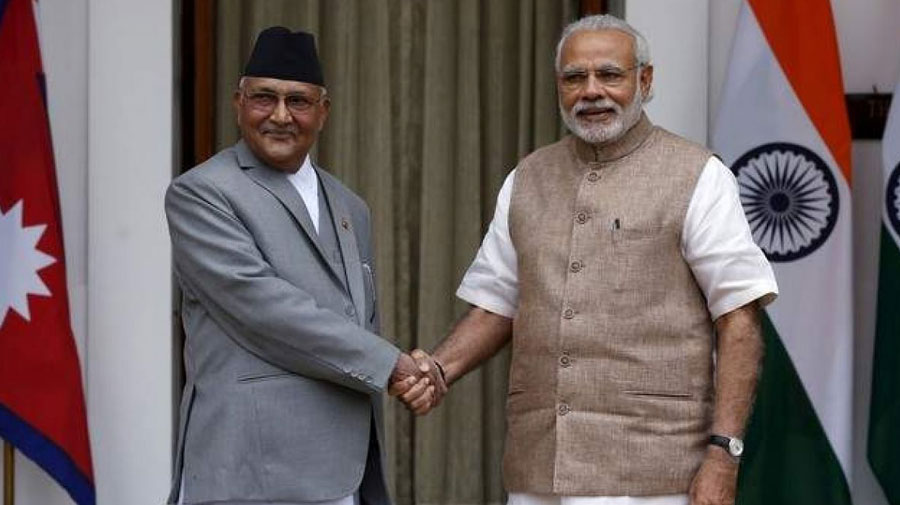 In the year 2014, Prime Minister Narendra Modi while delivering his first Independence Day speech from the Red Fort stated: “India’s foreign policy has many facets but I want to focus on our relations with our neighbours in my speech.” From 2014 to 2022, the Neighbourhood First Policy of PM Narendra Modi became his signature foreign policy initiative. In the very first year, while emphasizing the SAARC region, PM Modi said that the SAARC region has a common history of colonization. Further, visiting Bhutan in June 2014 on his first official foreign trip since becoming Prime Minister has reinforced his focus on strengthening India’s Neighbourhood First Policy. It is interesting to note that he became the first Indian Prime Minister to visit Nepal in 17 years for a bilateral meeting.

Historically, India and Nepal share linkages of Hinduism and Buddhism as Buddha’s birthplace, Lumbini, is located in Nepal. As Nepal shares borders with Uttarakhand, Uttar Pradesh, West Bengal, Sikkim and Bihar; Nepal is not only an important point of cultural exchange but also economic and for India’s national security. It is interesting to mention that the relations between the two countries have popularly been known as “Roti-Beti ka Rishta”.

With the signing of the Indo-Nepal Treaty of Peace and Friendship in 1950, both countries established bilateral relations. As of today, Nepal’s largest trade partner is India and it is also the largest source of foreign investments. India and Nepal extend visa-free entry in their respective territories to each other’s nationals. Nearly eight (8) million Nepalese citizens live and work in India and around 6,00,000 Indians reside in Nepal.

Being a landlocked country, Nepal is surrounded by India from three sides and they also share an open border. In 1965, New Delhi and Kathmandu signed an agreement, described as secret but widely known, in which India undertook to supply arms, ammunition, and equipment for the Nepalese Army because of which Nepal became “free to import from or through the territory of India arms, ammunition, or warlike material and equipment necessary for the security of Nepal.” Nepal continued to procure its arms from India until 1988.

India has played a significant role in Nepal’s development. From providing an administrative framework in the 1950s for ensuring rule of law, funding the first Five-Year Plan of Nepal in 1956 and building the Tribhuvan Highway to connect Kathmandu to the Birgunj/Raxaul point of Nepal–India border through the most difficult of hill terrains, India and Nepal had certainly established a strong bridge of cooperation. The Indian government also constructed nearly three-fourths of the East-West Highway of Nepal which connects eastern Nepal with the western region of the country.

While India and Nepal had gained a reputation for being the “world’s closest neighbours”, the relationship between the two countries deteriorated for a brief period. Firstly, India had imposed blockades in 1975, 1989 and 2015. The economic blockade from 1989-to 1990 was imposed since China signed a secret intelligence-sharing agreement with Nepal and also to supply arms.  Secondly, though the 1800 kilometres border is open, there are territorial disputes between the two countries. It is pertinent to note that by supporting Nepal’s position during most disputes between India and Nepal, Beijing was trying to project itself as a benevolent power. As for China, the strategic interest in Nepal is derived from its proximity to Tibet. In fact, by finding a resort in its soft power diplomacy, China is establishing China Study Centres in Nepal that aims to promote Chinese values among Nepalese. When the Maoist government’s leader Prachanda came into power, his policy showed a shift towards China. He in fact discontinued the long-standing tradition of Nepalese heads of state making their first foreign trip to India and decided to make China his first destination.

Nonetheless, the visits of the Indian Prime Minister, Narendra Modi, and the External Affairs Minister, Sushma Swaraj, to Nepal in 2014 soon after assuming office were significant in re-establishing Indo-Nepalese ties. The success of PM Modi’s policy vis-à-vis Nepal can be witnessed by looking at the following milestones: – the then Prime Minister Sushil Koirala, breaking protocol and receiving PM Modi at the airport, giving a nineteen-gun salute on his arrival, inviting PM Modi for an address to the Parliament (the first by a foreign head of state to that body after 1990) etc. This visit was concluded with three MoUs, one on the 5,600-MW Pancheshwar project (the first report of which was drafted by India as far back as 2002). The other two were a Rs 69 million grant to Nepal for the supply of iodized salt and cooperation between Nepal Television and the Indian state broadcaster, Doordarshan.  Besides, a landmark achievement in Indo-Nepalese relations post-2014 is PM Modi’s announcement of a 10,000 crore (Nepalese rupees) line of concessional credit to Nepal. The success of this bilateral meeting couldn’t have been achieved without the significant contribution of Foreign Minister Sushma Swaraj. Her visit a few days earlier prior to PM Modi’s visit set the right message by settling a long-pending issue; she promised to review the 1950 Treaty of Peace and Friendship on the basis of recommendations from a group of eminent persons from both countries.

Besides, in April 2015, after the devasting earthquake in heavily populated parts of Nepal, India was the first to offer generous relief. but, again in September 2015, the bilateral relations experienced a small rupture. However, both countries have managed to withstand the time-tested longstanding bilateral ties. For instance, in the financial year, 2021-22 India’s exports to Nepal constituted 2.34%. In fact, exports from India constitute almost 22% of Nepal’s GDP.  Plus, the 14th round of Bilateral Consultative Group on Security Issues (BCGSI) was held on 28 October 2021 at Bengaluru wherein mutual security concerns, training and capacity building requirements of defence forces of Nepal, exchange of high level and functional level visits etc., were discussed. During the testing times of covid19, India had supplied more than 23 tonnes of medicines and medical equipment to Nepal on Grant basis during the first wave of COVID-19. India has recently resumed the supply of the Covid-19 vaccine to Nepal. Further, to assist Nepal to cope with the second wave of the Covid-19 pandemic, a Medical Oxygen Plant based on India’s indigenous technology was installed at B.P. Koirala Institute of Health Sciences in Dharan in August 2021.

More recently, the first foreign visit of the Prime Minister of Nepal to India, Sher Bahadur Deuba from 1st to 03 April 2022, remarks on the new dawn of India-Nepal special ties of friendship and cooperation. During his visit to India, the leaders of the two countries inaugurated the Himalayan nation’s only railway link with its southern neighbour in a summit meant to deepen relations (between Janakpur in Nepal and the border town of Jaynagar in India). This was reconstructed by India as a grant. The visit also witnessed the inauguration of an electricity transmission line that will supply hydroelectric power generated in the Solukhumbu area, where Mount Everest is located, to Nepal’s national power grid. Both sides also signed agreements on cooperation in railways and sharing technical expertise between the Indian Oil Corporation (IOC.NS) and Nepal Oil Corporation.

The Indian government also handed over the Solu Corridor, a 90-km, 132 kV power transmission line built at a cost of ₹200 crores under an Indian line of credit. In a joint statement made by the two leaders, India’s RuPay card was launched in Nepal. Nepal is the fourth country, after Bhutan, Singapore and the UAE, where RuPay is functional. PM Modi further congratulated Nepal for joining the International Solar Alliance (ISA). As far as the border issues between the two countries are concerned, PM Deuba stated, “We discussed the boundary issue and I urged Modiji to resolve [it] through the establishment of a bilateral mechanism.”

By stating that India has been ‘a firm partner in the journey of peace, progress and development of Nepal’, PM Modi once again reiterated his emphasis on the Neighbourhood First Policy. While on the other hand, this 2022 visit of PM Deuba was the 5th visit to India as the Prime Minister. He has prior visited India in 2017, 2004,2002 and 1996 when he was in power. In fact, he has visited India several times even when he was not in Power. PM Deuba’s visit to BJP headquarters and the city of Kashi further indicates the deepening of Indo-Nepalese relations.

Dnyanashri L. Kulkarni
Author is working at Public Policy Research Centre, New Delhi as Researcher. Before joining PPRC as a researcher, she has interned at Indian Council for Cultural Relations. She has pursued her bachelors in French Literature from Mumbai University and is currently a Masters student of International Relations at Jindal School of International Affairs.
Tags:
Share:
Share this...