A Quantum Computing Ecosystem is Emerging in India 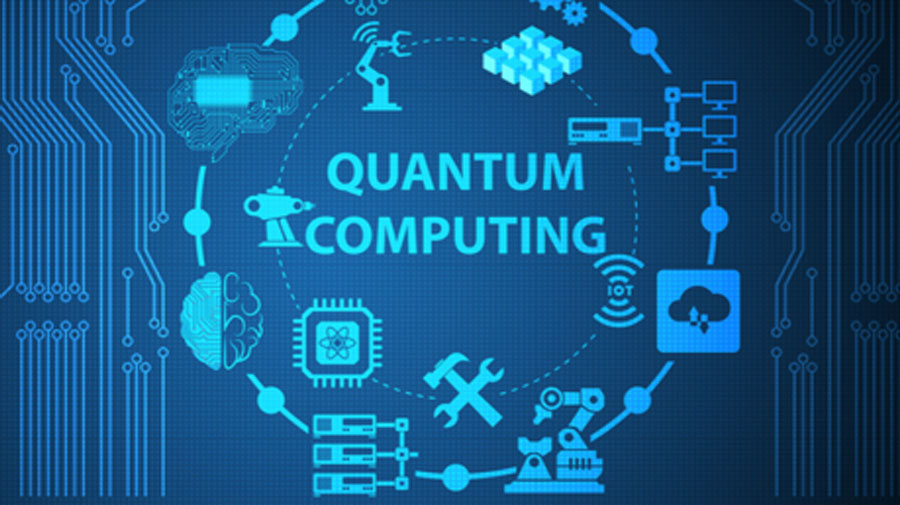 For over two centuries, conventional computers have been in existence, with each generation achieving measurable progress, with the microprocessors after vacuum tubes, transistors and integrated circuits.  But the fifth generation of computers under development will literally see a quantum leap in performance, based on quantum mechanics, the phenomenon where it is possible to be in more than one state at a time. Essential computing is now called classical computing to differentiate it from Quantum computing. While classical computing is extremely powerful, the problems of the future cannot be solved with the technology of today. For instance, modelling nature, because nature follows the laws of quantum mechanics. For any work on global warming, science has to work on CO2 which is already in the atmosphere and the way to do that is carbon capture. We must accelerate science, accelerate scientific discovery and all that we can do with technology – that’s where Quantum comes into play. As Stefan Filipp, a quantum scientist at IBM Research says “many of the world’s biggest mysteries and potentially greatest opportunities remain beyond the grasp of classical computers. To continue the pace of progress, we need to augment the classical approach with a new platform, one that follows its own set of rules. That is quantum computing.” Studying quantum technology will also become increasingly important as time goes on.

Quantum mechanics, computation, these things have traditionally been the kind of things that are more fundamentally studied in the lab. But now it may start to create a real impact on the world –  and we are seeing ideas about how it can actually get integrated with systems that already exist, like telecommunications, computer science, machine learning and so on.

Stressing that a new economy is based on innovations that disrupt established business models, in its budget 2020 the government had announced a National Mission on Quantum Technologies & Applications (NM-QTA) with a total budget outlay of Rs 8000 Crore for a period of five years and established the National Mission for Quantum Technology and Applications (NM-QTA). Finance Minister Smt. Nirmala Sitharaman said that “Artificial intelligence, Internet-of-Things (IoT), 3D printing, drones, DNA data storage, quantum computing, etc., are re-writing the world economic order.”

Last year the Indian government announced the launch of the country’s first quantum computer simulator toolkit, called QSim. While this exercise may not exactly help in building a Quantum Computer it helps in better understanding the challenges that need to be overcome in the process, enabling researchers and students to carry out cost-effective research in quantum computing. At the launch of India’s first quantum computer simulator toolkit QSim, Minister of State for Electronics & Information Technology (MeitY), Shri Rajeev Chandrasekhar said, “We are coming to the era where the traditional computing power growth through the traditional means of silicon and semiconductor is now drawing to a close.”

Nations around the world are deeply interested in QC, because of their huge disruptive potential. Google, IBM, Microsoft, Amazon, Intel, and several large startups have all spent heavily on developing quantum computing hardware in recent years. A few years back, Google’s prototype quantum computer completed a calculation in minutes that researchers had estimated would have taken a supercomputer 10,000 years. Last year, the US and Australia signed an official agreement on quantum technology and information science. Recently two teams in China, both led by physicist Jian-Wei Pan, who has become well known for his work with quantum entanglement, are claiming that they have reached primacy with their individual quantum computers. The Chinese system called ‘Jiuzhang’ produced results in minutes calculated to take more than 2 billion years of effort by the world’s third-most-powerful supercomputer. Neither of the quantum computers is yet ready to do useful work and are designed only to perform a particular task and not for universal quantum computing. But the indication that two fundamentally different forms of the technology outperform supercomputers, is in itself a remarkable feat and display that at least the aspiration to build quantum computers isn’t out of reach. China intends to install satellite-enabled, global “quantum-encrypted communications capability” by 2030. Recently, Israel’s Weizmann Institute of Science (WIS) announced that its scientists have developed the country’s first quantum computer.

India must further up its game in the quantum race, because national security is at stake. Once quantum computers and their applications become a reality, Confidential military and strategic information can be decrypted easily. Quantum technology can put present-day encryption at risk, which can pose a threat to a country’s critical cyber infrastructure. Any development of quantum technology will have military applications, such as detecting submarines, stealth aircraft and cracking encrypted information.

This has not been said enough times by experts in the field – that the quantum ecosystem in India is loosely built, and without a multi-stakeholder network. There is a limited talent pool of individuals that India has in the field of Quantum computing, and we must capitalise on them properly. it also means being able to protect intellectual property, the companies and the people in that from hostile intent.  India is still importing the critical quantum hardware components. In 2020, India imported hardware and software amounting to US $10.4 billion This weakness in hardware manufacturing – superconducting materials, physical qubits, a data plane, chips, processors, and fabrication labs, is something that has to be addressed along with the other aspects for developing a quantum computer.

Aside from the development of the QSim, there have been other silver linings. For instance, on February 23, DRDO announced that it in collaboration with a team from IIT-Delhi a Quantum Key Distribution (QKD) link     was successfully demonstrated between the cities of Prayagraj and Vindhyachal in the state of Uttar Pradesh, which are located at a distance of approximately hundred kilometres. This secure key transfer was demonstrated over a commercial-grade optical fiber already available in the field. According to the Ministry of Defence, “The performance parameters measured were found to be repetitively within the reported international standards at sifted key rates of up to 10 KHz.” And if a third party tries to eavesdrop on this communication link, it will create detectable anomalies for the two communicating sides, which is the most noteworthy aspect of QKD.

Quite a few private companies and startups have started to develop quantum computing software and hardware solutions. There is Qulabs one of the first quantum computing startups in India, Bengaluru-based QpiAI tech is an AI-enabled quantum model generation platform as a service (PaaS), also Bengaluru-based QNu Labs is working on quantum-safe cryptography products, Chennai-based Quantica Computacao, Bhilai-based BosonQ, Automatski, Taqbit Labs, Kolkata-based QRDLab is an initiative to promote quantum research, education and consulting in multiple areas of quantum computing.

There have been other notable developments and increasing government support and development of quantum technologies. Out of the almost 100 quantum projects launched in the country, the government funds approximately 92%. Leading agencies have been Defense Institute of Advanced Technology (DIAT), Centre for Development of Advanced Computing (C-DAC), India’s Centre for Development of Telematics (C-DOT), the Indian Institute of Science Education and Research (IISER) – Pune which has launched the I-HUB Quantum Technology Foundation (I-HUB QTF) to further enhance the development of quantum technology. MeitY has established a Quantum Computing Applications Lab in collaboration with Amazon Web Services (AWS). This month India and Finland have worked out a detailed plan to establish an Indo-Finnish Virtual Network Centre on Quantum Computing.

In India, the adoption of quantum computing technology in companies is about 1-2% and is expected to rise up to 35-45% in the coming decade. The rise in cloud hyperscalers is also making quantum technology more accessible on the cloud. Although behind the US and China, India appears to be making notable strides in a relatively short amount of time to boost its quantum technology prowess.