The Strategic Significance of BIMSTEC 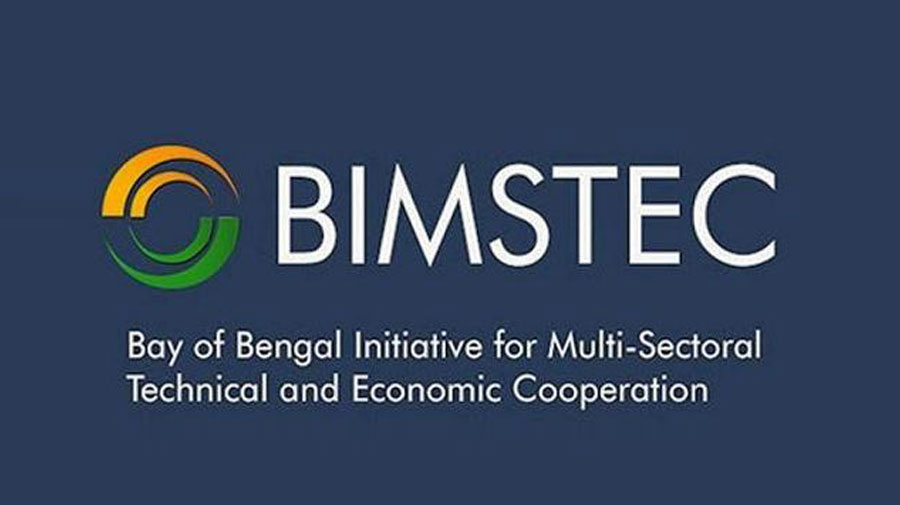 The BIMSTEC originally was India, Sri Lanka, Thailand Economic Cooperation (IST-EC) later Bangladesh was included and then it was BIST-EC (Bangladesh, India, Sri Lanka, Thailand-Economic Cooperation), BIMSTEC has Sri Lanka, India, Nepal, Bhutan, Bangladesh, Myanmar and Thailand as its members. The objectives of the BIMSTEC are in sync with India’s policies of ‘Neighbourhood First’ and ‘Act East’ which are enhancing physical connectivity and better connectivity via road, rail and sea. For Bhutan and Nepal which are landlocked countries, BIMSTEC provides a platform for greater integration and increased opportunities for access to the Bay of Bengal and also to the countries of Southeast Asia.

India’s export to the BIMSTEC is 8.8 percent of total export in 2020-21. The total value of export was 265,776 US$ Million. There are 14 priority areas in BIMSTEC i.e. Counter terrorism and transnational crime, Transport & Communication, Tourism, Environment and Disaster Management, Trade and Investment, Cultural Cooperation, Energy, Agriculture, Poverty Alleviation, Technology, Fisheries, Public Health, People-to-People contact and Climate Change.  It is home to around 1.5 billion people. Major projects under BIMSTEC are the Kaladan Multimodal Project which links India and Myanmar, the Asian Trilateral Highway which is connecting India and Thailand through Myanmar and Bangladesh-Bhutan-India-Nepal (BBIN) Motor Vehicles Agreement which is for the flow of passenger and cargo traffic.

BIMSTEC allows India to pursue its two significant policies. First, through its ‘Act East’ policy, India can connect with Southeast Asian countries. India along with ASEAN (Association of South East Asian Nations) can work jointly to work on infrastructure development and connectivity. The Northeast states are considered a ‘Gateway’ due to their geographic locations, The Northeast states shares border with four BIMSTEC nations namely, Bangladesh, Bhutan, Nepal and Myanmar. Through, better transportation and border infrastructure Northeast present a significant opportunity for India to strengthen its position in the region.

Second, except for India and Bhutan, all BIMSTEC nations are part of China-led BRI (Belt and Road initiative).  China has built infrastructure in South and Southeast Asian countries.  India which is also the largest economy in BIMSTEC can work as a leader and develop a roadmap on these critical issues along with the members. Not only, connectivity but also a common place for peace and development. It is imperative for India to engage with Southeast Asian countries and push the connectivity development in the region through mutual arrangements.

The BIMSTEC Summit, 2022 has been an event of prominent significance for Sri Lanka which chaired the virtual conference. BIMSTEC was instituted with the firm agenda to increase mutual cooperation and consistent connectedness between South Asia and South East Asia. The theme for this years’ summit was “Towards a Resilient Region, Prosperous Economies, Healthy People”. The event was marked by some major leaders signing three BIMSTEC agreements primarily revolving around mutual legal assistance, mutual cooperation in diplomatic relations and creation of the BIMSTEC technology transfer facility. Indian Prime Minister Narendra Modi attended the summit virtually.

From the Indian perspective, this summit was of immense value since it intended to regulate and reignite the void left because of the redundancy of the SAARC. External Affairs Minister Dr. S Jaishankar explicated the nation’s agenda that stood on the pillar of energy, mindset and possibilities to be achieved amongst the partnering nations of BIMSTEC. For India, the agenda is to expand within the far-reaching regions of the Indo-Pacific arena, which can only be achieved through a robust and productive foreign policy which is currently tugged at the horns of power and geo-political rivalry. History has been a strong testimony to India’s staggering position in the global scenario due to dealing with rivalries between two power blocs.

India and Sri Lanka in a Strategic Tie

India has always been in a position to constantly reconfigure its’ foreign policies, agendas and diplomatic relations. And, so to say, it has done it quite strategically and efficiently. India, through these associations, has been able to confirm and condense its’ presence outside of ASEAN as well through constant reimaging. For India and Sri Lanka, the bilateral relations are going to be more crucial than ever, the reason being the poor economic conditions of Sri Lank and India’s role in its’ sustenance. The summit highlights the importance of invaluable economic engagement amongst these two nations. Sri Lanka has been witnessing its’ worst economic crisis which has impacted the nation in unexplainable ways. And India has played a significant role in providing it with support through remittances, currency swaps, dedicated credit lines, essential imports and deferred repayments.

A great deal of political and civil unrest has been observed in Sri Lanka with regard to the inefficient governance in handling the crisis of the nation. Indian bailout package to Sri Lanka has given support and assistance during this grim time. It must be acknowledged that India has never supported any country to this degree and extent. This support from India has been multifariously been subjected to various interpretations.

However, it must be taken into account that the industrial and the business sector of India has always shown keen interest in developing and growing in these evolving and dynamic regions. From the BIMSTEC point of view, India is seeking to inch closer to more sustained cooperation and understanding amongst the affiliated nations. And, this shall be highly noteworthy to watch how this region grows through these parameters in the times to come.