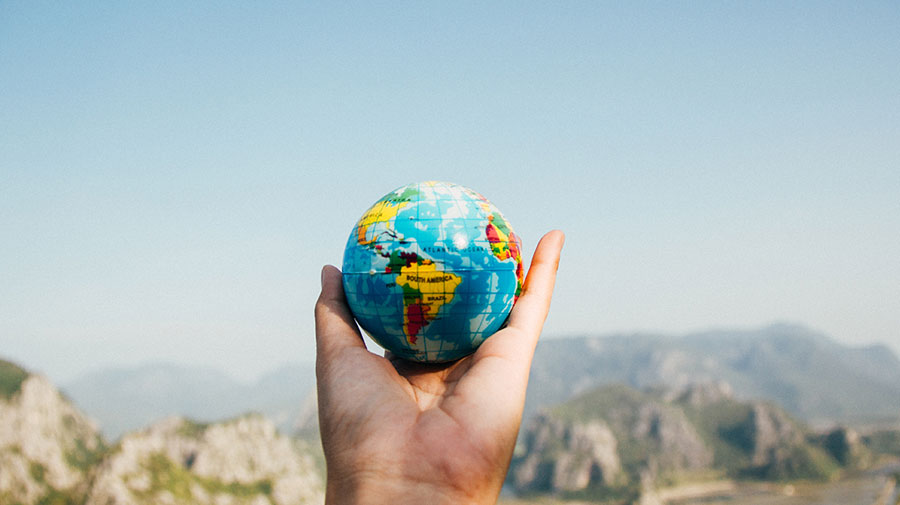 How to Make the Free World Free Again

Two years ago, Covid-19 originating in a most authoritarian nation, China, killed millions all over the world, disrupted how we love, live and work. It devastated the global supply chain causing economic havoc everywhere and pushing millions back into poverty.

We were just getting used to the idea of living with the Covid-19 pandemic in its endemic state when another authoritarian regime, Putin’s Russia, shocked the world by launching a massive brutal attack against an aspirational democratic people, who just want to live in peace and freedom with their European neighbors. With three million desperate Ukrainians fleeing in fear, thousands killed, and cities and towns, hospitals, and schools bombarded and flattened to rubbles, it seemed Russia would turn Ukraine into another Syria, despite the people’s resistance epitomized by the ‘blood, toil, tears, and sweat’ courage of its Jewish president, Volodymyr Zelenskyy.

Although Putin’s ominous warning of its nuclear missile readiness and the fear of mutually assured destruction held back NATO and the US from direct involvement and spiraling escalation, it pushed the West to use its most lethal weapon, its global financial and economic might to bring the Russian economy to a grinding halt.

Russian oil, gas, and coal have been banned or scaled back. Russian banks have been cut off from the international financial network and exchange system, SWIFT. Many US multinationals such as Apple, Ford Motor, Dell Technologies, BP, Shell, ExxonMobil, and even fast-food companies, McDonald’s and others, have decided to suspend or scale down their operations in Russia. There’s some talk of even expelling Russia from the World Trade Organization, an unprecedented step, which will require the approval of WTO’s 164 members, as John Zumbrun reported in The Wall Street Journal.

So far it hasn’t been a shock-and-awe quick walk over victory for Russia, thanks to the Ukrainian fierce and determined resistance, which has been fully supported by the military, financial, and humanitarian assistance from European allies and the United States.

In the American media narrative, an overwhelming consensus has developed that Putin is a dangerous megalomaniac with overvaluing nationalistic ambitions, who wants to bring back the glorious might of the Soviet Union. There’s bipartisan Congressional support of this view considering its recent actions in pushing the White House not only to impose punishing and crippling sanctions on the Russian economy but also to give Ukraine advanced military weapons including fighter aircraft and impose some form of a no-fly zone.

President Biden has so far wisely restrained the United States’ actions in order not to let the Russian unwarranted aggression against its neighbor spiral out of control with unknown and unknowable consequences, keeping in mind that the use of chemical-biological and nuclear weapons remain in the (unthinkable) realm of possibilities, as Putin has let it be known.

NATO too has followed a similar cautious strategy, as Geopolitical expert John Raine of IISS, a British think tank, argued, of “a careful balancing of its defensive mission, its credibility and the need to avoid escalation,” though “NATO members have, greatly to their credit, shown unanimity, dramatically increased defence spending and sent generous and effective military aid to Ukraine.”

The war is unwinnable. I firmly believe that Russia would have no choice but to seek an avenue for a negotiated settlement with Ukraine and NATO, and this is why.

During the winter Olympics summit in Beijing, China and Russia vowed in a joint statement, “Friendship between two States has no limits, there are no ‘forbidden’ areas of cooperation,” promising to build a new world order based on their own version of human rights and democracy. Ukraine and Taiwan must be on their minds.

The test of this “no limit” friendship is now: whether China could rescue Russia from the economic quagmire it has landed itself into. Talking with Fareed Zakaria, encomiast and New York Times columnist Paul Krugman said that China is incapable of rescuing Russia’s economy.

Before the Ukraine aggression, Russia exported more than 5 million barrels of oil per day much of it to Europe. There’s no way Russia could turn the oil spigot toward China without a pipeline in spite of their 30-year supply agreement. Because it is cut off from the global financial system, Russia’s $643 billion foreign exchange reserves, especially what’s held in dollars and Euros, cannot be used. Its gold ingots are useless at present.

Most of the world trade is done through the US dollar. In spite of the fact that China is the world’s second-biggest economy, the renminbi, is a very limited international currency. If you have a dollar, you can buy anything in Timbuktu but what can you do with a ruble or renminbi?

With a combined North American and European GDP of $46 trillion against China’s $14 trillion and Russia’s $1.5 trillion, and the dollar’s unchallenged global dominance and the financial hubs under Western controls, you see why China can’t rescue Russia from its war-driven economic crisis. Only the West can do.

In the ultimate analysis, Russia has been fighting an asymmetrical war against Ukraine. While its overwhelming forces destroyed cities and towns and created unprecedented humanitarian crises, it not only created tremendous Ukrainian resistance, any which way supported by NATO countries; but more importantly, it also united the United States and Europe as never before, giving the Transatlantic alliance a new sense of mission that: freedom and democracy give us dignity and prosperity and are worth fighting for.