A Region Less Explored: Geopolitics in the Arctic amidst the Russia-Ukraine Crisis 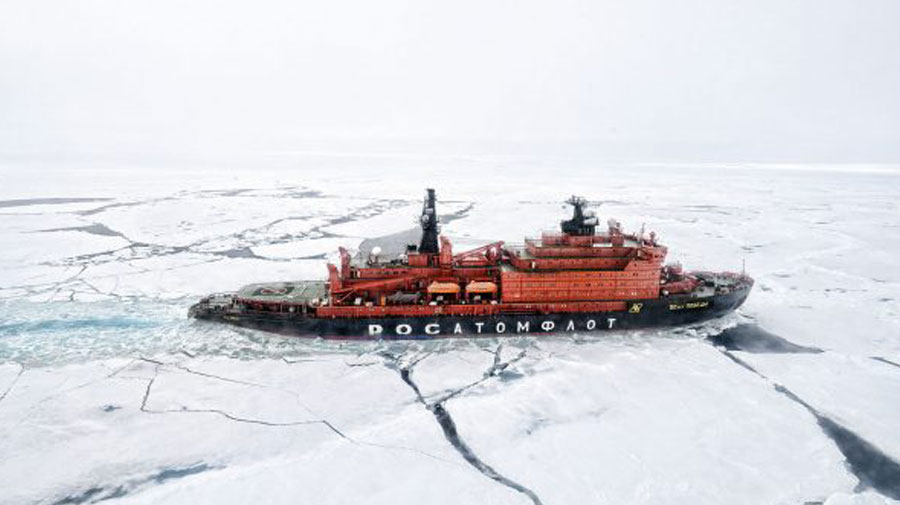 “Since no State is outside or beyond geography, no State is completely free from the struggle over geography”

Although it is highly challenging to predict the future dynamics in International Relations, however, through scientific geopolitical analysis, we can make certain well-grounded assumptions.

Owing to Climate Change, the Arctic circle is going through unprecedented changes whether it is physical or geopolitical. It should be noted that these rapid changes will impact not only Arctic security but also global security architecture. “A 2018 National Aeronautics and Space Administration report estimated that the Arctic has lost 21,000 square miles of sea ice per year in the last five decades, opening up more territory on the narrowing strip of land for controlling and cultivating. Control over Arctic territory has given nations the ability to settle it, extract resources, and establish military outposts, making legal rights and claims over such territory, incredibly valuable”. Therefore, it is only pertinent to take a holistic look at the Arctic region.

Amidst the Russia-Ukraine Crisis and growing rivalries between the Arctic neighbours, the effects have rippled across the globe, but one of the most significant impacts, is unfolding thousands of miles away in the Arctic. Experts worry tensions could spill into the polar region and potentially affect science and security. “The Arctic has become a greater security concern in conjunction with the opening of the high north to expanded economic activity, including the opening of northern maritime sea routes and the potential for fossil fuel and resource extraction. The spike in oil prices this month caused by the Ukraine crisis, as well as continuing concerns about supply chain security, may restart interest in wider economic activities in and around the Arctic Ocean”.

Beyond the above motivations, countries like the “United States, Russia, and China are competing in the region to project military supremacy and seek more power. The Arctic also sits at a critical position between North America and Eurasia, making it a powerful strategic position from which to project military strength. As the liberal international order is increasingly under threat by great power conflict the Arctic Circle faces a crossroads”.

Russia under Putin has been trying to re-establish its military power, “and the Arctic is one domain where it can do so basically unobstructed.  Russia has a dominant position in the North, with its Northern Fleet based in the Kola Peninsula, which houses strategic submarines essential to the county’s status as a nuclear power on the world stage”. As Daniel Silverberg rightly puts it –  ‘Putin has a number of options at his disposal to inflict pain on the United States and its allies in the Arctic in a way that does not necessarily rise to an act of war, but still manages to be deleterious to regional commerce. Russia could use its vast new fleet of icebreakers to make passage across the polar sea routes more difficult for foreign vessels, or fish on the edges of territorial waters, which could hurt domestic fishing industries’.

China although does not share close proximity to the Arctic, however, in recent years has “pressed for a greater role in Arctic affairs, becoming one of the 13 observer states of the Arctic Council in 2013. In 2018, China released an official white paper entitled China’s Arctic Policy. And from China’s perspective, the Arctic represents one of several regions within which it is attempting to build influence and refine its image as a global power. China has dubbed itself as a Near-Arctic state”.

The opening of the Arctic presents a unique opportunity for both Russia and China to cooperate, further causing the West and India to worry. To this effect, India too joined the bandwagon and showcased that being an observer in the Arctic Council, it has legitimate interests in the region. In early 2021, India came out with its own Arctic Policy. “The policy claims to concur with India’s fast-expanding scientific-technological power status. However, it has been drafted in a strategic milieu of countries like China having invested with great ambition in the region”.

Nevertheless, Climate Change has acted as a catalyst for changing security in the Arctic. Apart from economic potential, there are concerns regarding military confrontations in the region. Russia’s aggression has and will undoubtedly have long-term impacts on regional security and cooperation in the Circumpolar North. Given the importance of the region, the international players must be mindful in their acts and instead of scrambling for the Arctic, they must engage in keeping it as a zone of peace and lasting engagement instead of militarizing the region and making it another conflict zone.

[1]About the Author: Ms Saloni Salil is an Independent Geopolitics and Security Analyst and a Max Certified Intelligence Analyst (ASIS Recognised). She is currently working as Manager for Global Security Risk and Intelligence in a leading MNC. She has received a Letter of Appreciation from the former Indian Chief of Naval Staff for her contribution towards Naval Affairs and Maritime Security through her articles. She is also a Panelist on Prime time debates in one of leading news channels in India (Both English and Hindi). Her major research work has been on the Indian Ocean Region, South China Sea and Indo-Pacific Studies (US, Japan, Australia), Sino-India relations, US foreign policy, and India and its neighbourhood, but is not limited to the above. Ms Salil contributes to the growing discourse on the concept of the Indo-Pacific and major power intentions in that region. She is also is currently pursuing an LLB.