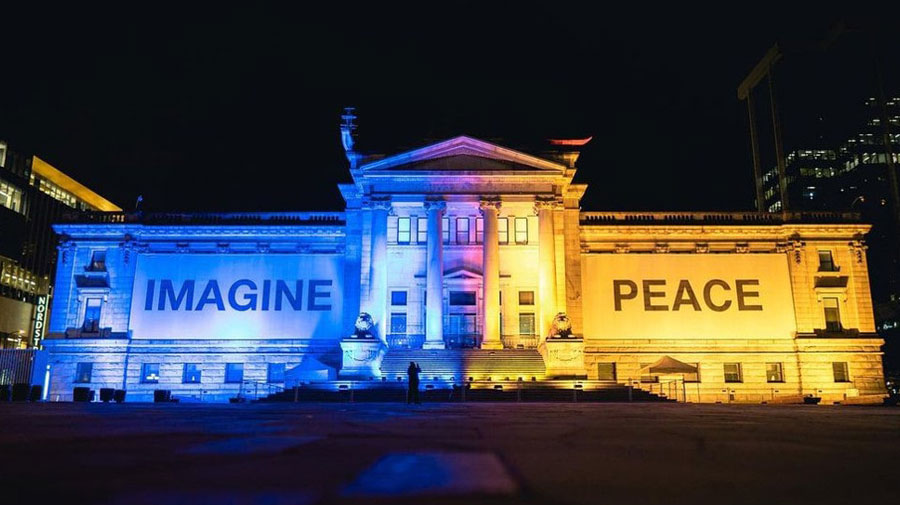 With all the rage about war and the humanitarian crises in Ukraine, I decided to mitigate my anxiety just a little by trying to imagine what a peace agreement might look like between Ukraine and Russia.

Although to date there have been several attempts at official talks on various levels, the outcomes have been little more than each side tossing declarations of demands at the other in the guise of “proposals”.

If there is to be any advance in peace negotiations, the parties will need to cease to confuse demands with proposals. They must begin to jointly seek creative and innovative options that could potentially meet both sides’ interests without either side appearing to be capitulating, and therein lies the challenge.

Please indulge me as I allow my imagination to run a little wild as I explore possible creative ideas that could potentially unlock the Ukraine-Russian impasse!

The Issues in Dispute, the Demands and Possible Solutions

Dispute and Demands: With regard to national security and NATO membership, Russia sees Ukraine’s potential membership and NATO military materiel on her doorstep as a national security threat, and as such, demands that Ukraine maintains neutrality and never be admitted to NATO. Ukraine sees this demand as undermining its rights to self-determination as an independent sovereign state, and as such chooses to assert its rights to determine with whom it wishes to ally. NATO for its part also refuses to deny any qualifying state, alliance membership which it claims is contrary to its charter.  To better visualize these conflicting interests see the chart below:

Some possible frameworks may be:

In examining this dispute, I believe that the Luhansk and Donetsk issue which is based on history, culture and ethnicity needs to be looked at independently of the Crimea issue which is predominantly a strategic issue. Although both Luhansk and Donetsk as well as Crimea, whether or not a diplomatic agreement is reached, are likely to remain under Russian control, it would nevertheless behoove Russia to reach a negotiated agreement for purposes of legitimacy, international recognition and to regain entry as a respected member of the international community. It is with this in mind, that I explore options for resolution.

Dispute and Demands:  Ukraine and Russia see these regions very differently. Russia believes that territorial dominance, authority and control should be determined based on the predominant ethnicity, language and culture of the population. Since these regions are comprised of majority Russians, and are contiguous with Russia, they believe that it should be part of Russia or at the least, independent of Ukraine. In addition, Russia is concerned that since they are an ethnic aberration in Ukraine, they are subject to discrimination and oppression, and need protection. Russia would also like a buffer zone between Ukraine with its Westward inclinations and itself and the Donbass region would serve this purpose quite well.

Ukraine on the other hand, is of the opinion that the status of Luhansk and Donetsk should be determined on the basis of sovereign territory regardless of ethnicity, language and culture. Historically, this region was incorporated into the Ukrainian Soviet Socialist Republic after the Russian Civil War in 1922, and even after the disintegration of the Soviet Union, Ukraine still sees this as part of independent Ukraine and under Ukrainian sovereignty as it has been.  Ukraine also feels that its position conforms to international law which it intends to assert.

Tangentially, the Donbass area is also rich in steel production and coal mining which is a further interest of both presumably.

Below is a visual chart that clearly conveys these interests.

Possible Solutions:  This particular dispute brings to mind the resolution of the League of Nations to the Aland Islands dispute in 1921.  After the First World War, these islands were inhabited by a Swedish-speaking population, but were part of sovereign Finland. The Swedes on the islands claimed their right to self-determination and wished to be reunified with Sweden, while Finland claimed its sovereign rights. This created a territorial dispute.

This was the newly-formed League of Nation’s first arbitration and they ruled that while Finland would retain sovereignty over the island, they would be obligated to guarantee to the island’s population their Swedish culture, language, local customs and system of self-government. This might serve as a model for one possible solution for the Luhansk and Donetsk issue among others.

Here then are some possible options to consider:

Dispute and Demands:  Much the same as Luhansk and Donetsk, in Crimea, Russian nationals also comprise the majority of the population, and Russia feels a need to ensure proper conditions for the people of Crimea to freely express their will. In addition to this, Sevastopol hosts a vital Russian naval base and gives them access to the Mediterranean. Furthermore, Ukraine was part of Russia until Khruschev transferred it to the Ukrainian Soviet Socialist Republic in 1954 and Russia still sees it as a historic part of itself. For these reasons, when a “hostile” pro-Western government came to power in Ukraine in 2014, Russia chose to annex the Crimean Peninsula. Ukraine, on the other hand, argues that this is a violation of Ukraine’s sovereignty and against international law. Once again, below is a chart to highlight their differences:

Possible Solutions:  In addition to some of the options we listed for the Donetsk and Luhansk issue above which could be applied to the Crimea issue as well, here are a couple more to consider:

There cannot be any winners in this war. Russia will never surrender or retreat and Ukraine will continue to fight an insurgency for decades if Russia occupies it.

There must be a diplomatic solution in which parties need to reach a comprehensive agreement; one which comprises an integrated solution package; and one which incorporates the best of all creative options that on aggregate meets the interests of all parties on all issues, to an acceptable, if not ideal extent.

Only then can we look forward to the formidable task of rebuilding a peaceful and united Europe.