Russia-Ukraine War: India abstaining in pursuit of national interests is only fair 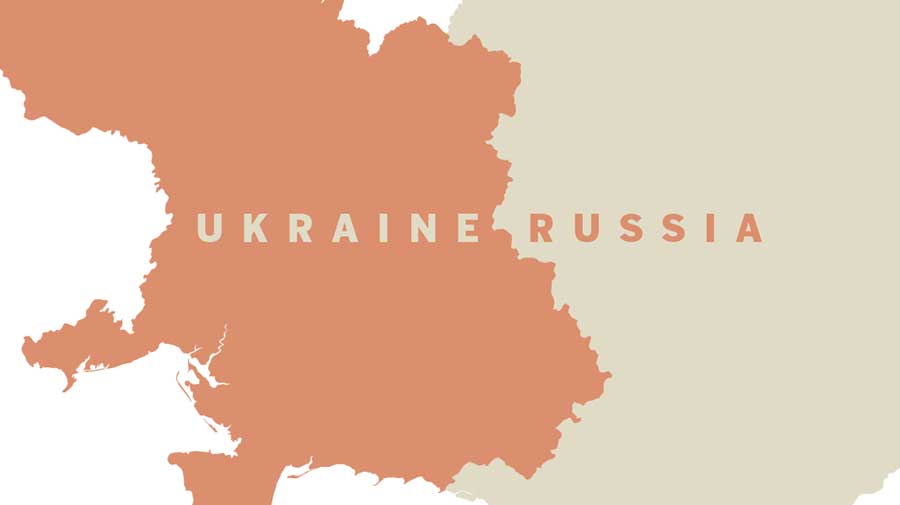 India’s decision to abstain from voting in favour or against Vladimir Putin’s decision to invade Ukraine in the UNSC, UNHRC and UNGA has left the international community with mixed feelings. India and Russia have shared a “special relation” since the height of Cold War era due to the latter having rescued the former from precarious situations numerous times while it was still heralded as the head of the Soviet Union, such as extending support to India’s sovereignty over the territory of Kashmir in 1955, withholding support to China during the 1962 Sino-Indian war, signing of the Indo-Soviet Treaty of Friendship and Cooperation in 1971 to provide India a security guarantee against Chinese and American threat. When the USSR disintegrated in 1991, Russia inherited close ties with India and has continued to uphold them ever since, despite a few crests and troughs in the bilateral relations being shaped with the rise of China as an economic superpower. It is also a well-known fact amongst scholars, government officials and common citizens alike, that India relies on Russia for most of its defence supplies – at least that had been the case until it was curtain falls for the UPA led central government in 2014. The years after, witnessed the tides changing with India signing multiple deals with the United States of America, Israel, France, Japan, Germany and South Korea. India has also begun acquiring military hardware from the aforementioned nations with more incoming deals tabled for signing. Many scholars and officials have speculated that this decision could have hammered the nail on India’s ambitions to gradually increase its rapport with the West. Many on the other hand, opined that falling in line with the West would have been an act of utter betrayal towards Russia, which has backed India up through thick and thin for more than six decades.

Let us take a bird’s eye view approach towards this scenario; certain media outlets have stated that India should have sided with the US because Russia is about to come under heavy sanctions from nearly every direction in the globe and India’s ability to maintain its inventory dominated by Russian engineered military hardware might be affected. As sanctions get slapped on Moscow left and right, including its full-scale exclusion from the SWIFT payment mechanism, there is a widespread belief that it has preparations already in place . With financial systems such as Visa and MasterCard withdrawing their operations from Russia in the wake of this crisis, there are reports about the country’s administration already having taken measures to swiftly enforce the implementation of an indigenously built system—Mir and merging it with the Chinese UnionPay system. While this may allay the long-term worries of Putin’s administration, there is a common fear spreading across the international nexus that any nation which engages Russia financially using these bypassing mechanisms among others might also come under the fire of the US initiated sanctions. At this point it should be noted that India is not a NATO member and officially acknowledges only UN sanctions; unilateral sanctions by any country are not deemed to have a binding effect upon it. Keep in mind— the sanctions will still have a vexing impact on Russo-India transactions to some degree: 1) Inflated energy costs will indefinitely lead to supply chain disruptions. 2) Hydrocarbon fields in Russia, of which a conglomeration of Indian oil companies own 49.9% shares collectively, will yield dividends well below the profit margin. 3) These companies will find it difficult to repatriate the dividends as the Rouble has already depreciated by nearly 40% against the US Dollar. 4) Russia’s Rostec, its largest defence company and manufacturer of most of India’s Russian equipment, has also been placed under these sanctions, which might impede India’s immediate defence requirements. 5) The country’s central bank, Sberbank is rapidly having its assets frozen which will hamper its liquidity capacity to support financing its own banks and various companies, leading to possible operational disruptions. These developments might most notably affect Indian imports from Russia in the short-mid-term due to the steep currency depreciation. However, one would do well to remember that financial and national interests often overshadow the aftermath of war; countries will very likely be unable to keep this stance up for long as it makes very little sense to completely put a stopper to financial ties with Russia, the world’s sixth largest economy, Purchasing Power Parity (PPP) wise and the caretaker of 40% of the European Union’s energy needs. The tanking of the Rouble should be of slight worry to Indians as Russo-Indian transactions have always been conducted In Indian Rupee (INR).  As a matter of fact, this may present an opportunity for Indian steel and wheat industries to secure a higher place in the exports’ market. The real worrisome part involves Russia possibly facing a cash crunch for which it is actively seeking to use cryptocurrency as a way out. For New Delhi, engaging in any dubious behaviour where it winds up endorsing a particular type of crypto which is banned in the rest of the world, for the sake of completing transactions with Moscow, might be risky behaviour to indulge in as it could affect its credibility with the West and other allies and promote unhealthy blockchain habits.

Owing to the unspecified duration of the sanctions applied on Russia, it would be in the best interest of India to push for the creation of a special Rouble-Rupee architecture, not unlike the one set in place between India and Iran when the latter had been hit by US sanctions during Donald Trump’s stint as POTUS. India does not stand to lose much in the course of the current events unfolding as it does not have any binding force against it that would prevent it from working with Russia to protect its national interests. Moreover, it would be in Washington’s best interests to not view New Delhi’s stance as “sitting on the fence” but rather preserving its own national interests for the sake of a greater goal—Chinese muscle flexing in the vicinity. India is located in the heart of the Indo-Pacific, a region to which the Americans have designated its very own strategic doctrine and have lobbied for the establishment of a regional security grouping, the QUAD. Attempting to arm-twist India with the threat of sanctions could very well prove to be hazardous for the grouping, having recognized the South Asian nation’s geopolitical centrality to its intentions. Procuring security hardware from the West is still a nascent practice at this point; a little fact-checking tells us that the amount is not nearly enough to keep the Chinese threat at bay; Russian equipment still covers more than 70% of its necessities. Given the fact that India’s GDP, purchasing-power-parity wise has far exceeded Russia’s as of now, Russia would also be anxious for having India stay as its loyal customer and defence trade partner at this very crucial moment for itself. Similarly, it recognizes China’s potential as an investor as well as its role of providing deterrence to the West dominated global geo-economics. India must make use of this budding Sino-Rus cooperation to secure its own place in the subcontinent. The words of Henry Kissinger, “America has no permanent friends or enemies – only interests.”, resonate soundly in this complex milieu as the current trend of globalization is for every nation to chase after its own priorities. Assuming that this thought still holds value in Washington even today, the US will understand the complexities of India’s geostrategic positioning and not let this become a frictional point between the two nations by invoking the CAATSA against the latter; the ensuing sparks could jeopardize both their visions of a Free and Open Indo-Pacific.

Dibakar De
Author is a post graduate student of International Relations from Amity University. He has done his bachelors in Political Science. As an aspiring political analyst, his area of interest predominantly lies in East Asian countries and their administrations.
Tags:
Share:
Share this...