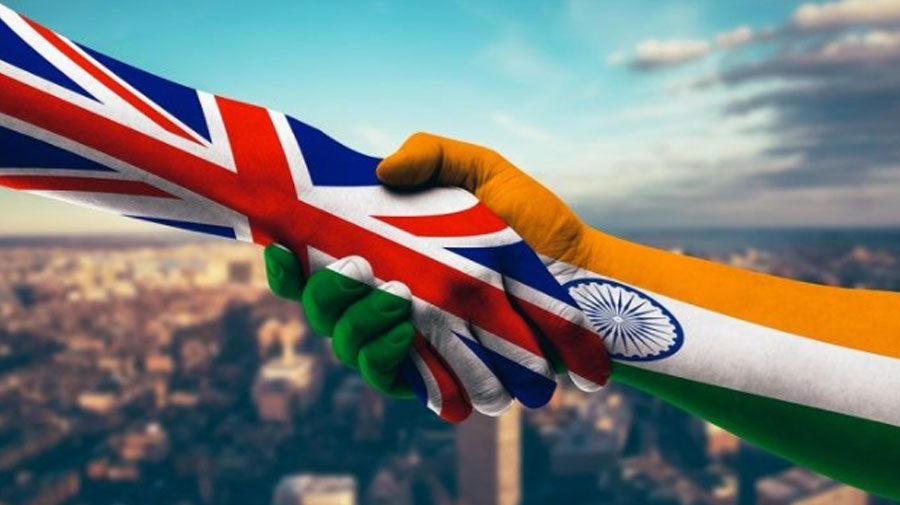 As the next phase of negotiations for a Free Trade Agreement (FTA) between India and the UK begin, research from leading business and financial adviser Grant Thornton UK LLP finds that UK business leaders welcome the idea of building deeper trade connections with India.

According to findings from Grant Thornton’s Business Outlook Tracker*, around a third (32%) of UK business leaders plan to invest more in growing in international markets over the next six months, with 65% agreeing that an FTA with India would encourage their business to explore more opportunities in this market.

Launched today in collaboration with the Federation of Indian Chambers of Commerce (FICCI), the second edition of ‘India in the UK: The Diaspora Effect’ report celebrates the prominence of Indian diaspora in the UK and highlights a new generation of British Indians in the fields of business, arts, science, sports, and politics.  It features a series of interviews with leading diaspora entrepreneurs, both those running established businesses and others breaking new ground. The report also highlights the changing dynamics and challenges such as complexity of succession planning and inclusion & diversity faced by Indian diaspora businesses’ as they transition from first to second generation.

Ms Gaitri Issar Kumar, High Commissioner for India in the United Kingdom, said, “One of the key pillars of the strong relationship between India and the United Kingdom is the Indian diaspora – described as the ‘Living Bridge’ by the Hon’ble Prime Minister of India Shri Narendra Modi. Estimated to be over 1.5 million strong today, this community is valued for its outstanding contribution in every sphere of activity academics, literature, arts, medicines, science, sports, industry, business, and politics, among others, which has been widely acknowledged with appreciation.”

The Rt Hon. the Baroness Prashar CBE, Chair of the FICCI, said, “Indian diaspora connects India to the world. It is heart-warming how the members of our large diaspora have well integrated into the countries and societies where they live and work. Over decades, relations between India and the UK have evolved against the changing contours of political and economic affairs. Today, the Indian diaspora is one of the largest migrant communities in the UK. Indian Diaspora Youth plays an indispensable role in Innovation and New Technologies, at global level. We need to motivate them to devise innovative solutions to local problems in India.”

Mr Anuj Chande, Partner and Head of South Asia Group, Grant Thornton UK LLP, said, “India is already an important partner for the UK, so an FTA is a natural next step to further strengthen the relationship. As India becomes an increasingly important force globally, and the UK voices its desire to strengthen its long-standing ties with India, the diaspora is perfectly positioned to bolster the strength of the connection between the two countries and continue to contribute to the economic development in both countries. Current generations have been described as Britain’s best ambassadors in India and have a key role to play in attracting Indian investment into the UK and UK investment into India.”