How the Tech Industry is Driving the US Economy 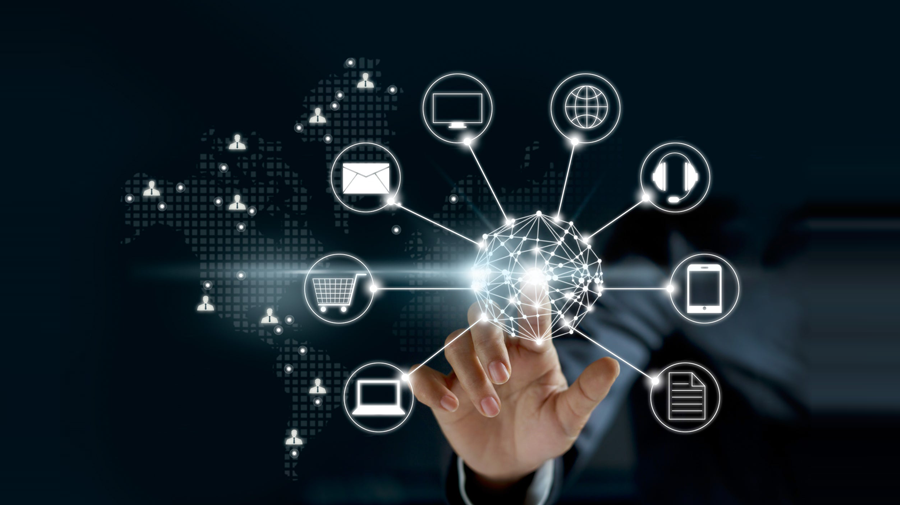 Technology has long been the primary driver of the developed world, and now digital technologies are charging the Fourth Industrial Revolution. Everything from live streaming to big data analytics, 5G, blockchain technology, AI, and the Internet of Things are increasingly integral to business and peoples’ everyday lives. The US is a world leader in tech across almost all sectors. With hubs like Silicon Valley attracting the largest modern tech companies – and certainly a very favourable environment regarding taxation and regulation – the industry has become a huge driver of the US economy.

As shown in the ZD Net Report, in the US, high-tech produces around 29 percent of manufacturing exports to local economies, over 50 percent of congressional districts get at least $50 million in federal research and development funding, and there are some 400 high-tech startups and around 3,400 jobs per congressional district. As the Diplomatist’s Jijun Ran detailed that the last presidency was on track to uproot the foundations of America’s global dominance, but thanks to the influence of the tech industry, it has remained resilient. These are the sectors that continue to power the US economy. Entertainment has increasingly become tech-based, even forced as such over the last couple of years, with existing and new tech to evolve further over 2022. The Deloitte Media Technology sheet details that video streaming will shift to being lifetime centric as opposed to subscriber count focussed and that NFTs are set to drive new models of customer engagement in entertainment. Still, one of the biggest entrants to the US economy is a long-standing one in Europe: online gambling. Since 2018, states have been permitted to create their own regulated spaces for online gambling, with Delaware, Nevada, New Jersey, and Pennsylvania all welcoming online casino entertainment platforms. Now, platforms like the Betway Online Casino can be played in the US.

They feature live-streamed table games as well as the latest video slots, which have features far exceeding that of your classic one-armed bandits. Industry analysts like the iGaming Business Website say that New Jersey’s online casino revenue hit $133.2 million in December 2021, which the state then taxes at 14.25 percent to pump money into other projects and jobs. Of course, the US is also home to many of the largest international entertainment companies that dabble in the long-standing forms of the medium. Comcast Corp. is the biggest with a net income of $11.5 billion, but just behind is The Walt Disney Co. with its ever-expanding collection of properties, with both of them heavily relying on tech to enhance their products. In a world dominated by applications and services that can and will continually acquire data pertaining to peoples’ details, preferences, and behaviors, what’s needed is software to gather and make sense of it all. As such, big data is becoming essential across the world of business. In fact, Wired’s Big Data look would say that the tech’s implementation in slow-developing parts of the world can accelerate economic development, with it already being a major player in the developed world. One of the most common examples of the tech in use is Apple’s Siri Assistant, which uses speech recognition to collect data and improve the product to then be better at recognizing speech, with big data powering this process.

Siri and voice-recognition tech is just one of the more common customer-facing examples of big data in action. The increasingly lucrative online advertising industry certainly makes the most of big data, as do marketing companies who pay vast sums for data to be crunched via big data. Recently, McKinsey Global Institute estimated that big data could make some $3 trillion in additional value across a mere seven industries, with the US to benefit by some $1.3 trillion. A major complementary piece of tech to big data is artificial intelligence. It’s being used across the board, including in Asian Health Care. Big data can help AI applications be even more effective. Notified’s Globe Newswire lists the AI market as being set to hit $360 billion by 2028, with US big data and AI companies like iTechArt, ScienceSoft, Uptake, and Aurora Innovation are primed to be at the forefront of this increasingly lucrative and integral sector.

Across the world of business, the US tech industry, particularly high-tech, is bringing about huge changes and will continue to be a primary driver of the economy.