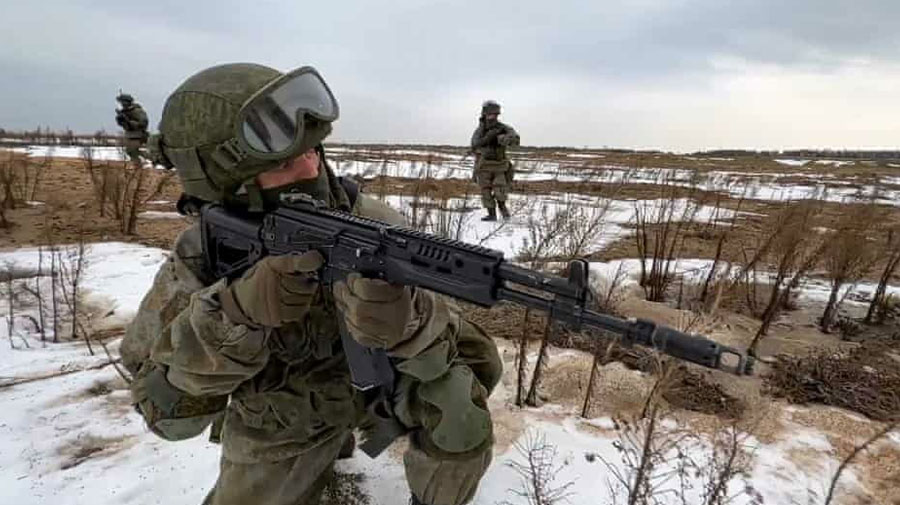 The Russia-Ukraine conflict has been continuously in news for quite a long time now, from de-escalation to Russia recognising the separatist region of Donetsk and Luhansk as independent states. But what’s the Russian motivation, behind the crisis. Is it only geopolitics and Russian expansionism, is it sudden or a gradual build-up of tensions? What will be the implications? Let’s examine all these issues.

What we now know as Russia, Ukraine, and Belarus as independent states, was the part of the Kievan Rus empire, that had existed in the 9th -13th centuries , on the banks of the river Dnieper, Belarus and Russia derive their names from their cultural ancestor itself. So, the regions share historical-cultural, political, and linguistic ties, Ukraine was also a part of the USSR, but with the disintegration of the USSR, Ukraine parted its ways with Russia by all means, creating a setback for Russia.

Why Russia is targeting Ukraine?

Russia has always seen Ukraine as its sphere of influence due to its geographical proximity, cultural & civilizational linkages. Ukraine also hosts several industries including defence and military.

It opens to the black sea, which in turn opens to the Mediterranean sea, so its strategic significance is unquestionable. Putin has claimed repeatedly that Russians and the Ukrainians are “One people” part of the Russian civilisation that also includes the neighbouring state of Belarus, Ukraine rejects these claims.

Russia wants to halt the continued eastward expansion of NATO in its backyard. NATO had 12 members at the time of its foundation but the membership has grown to 30. It has also deployed missiles in its East European members’ territory (Poland and Czech), which Russia sees as violative of the NATO-Russia founding Act of 1997.

Moscow wants an organisation anti-parallel to the European Union for economic gains as well, the attempt culminated in the establishment of The Eurasian Economic Community (EAEC) in the year 2000. With a population of 43 million, a robust agricultural and industrial output, Ukraine would have served as a panacea for the organisation, but Kiev refused to join the organisation.

The pandemic has adversely affected the approval ratings of most of the leaders and the Russian president is no exception, his approval ratings are constantly going down. Russians are resisting vaccines, the economy has been moving downward. So an intense conflict at the borders may ignite the nationalist sentiments of Russians and the prospects of Putin ruling Russia without any hurdles.

In the Crimean peninsula March 2014, witnessed the Revolution of Dignity, which resulted in masked Russian troops entering the peninsula, conducting the Crimean status referendum, and declaring the peninsula independent, followed by its incorporation into Russia. The annexation faced severe criticism from the west and Ukraine, accusing Russia of violating Ukrainian territorial integrity. Following the annexation, Russia was ousted as a member of G8 which became G7, and under economic sanctions by the west. Subsequently, the US came up with a domestic law called Countering Americas’ Adversaries through Sanctions Act (CAATSA) which prevents trade partners of the United States from entering into bilateral contracts with Iran, Russia, and North Korea. China and Turkey have faced sanctions for the purchase of the S-400 surface-to-air missile system under the act. Recognition of the separatist regions of Ukraine

The most significant development came with Russia recognising the separatist regions of Donetsk and Luhansk as Independent republics and announcing to send peacekeeping Russian troops in the region which the US declared as the “beginning of Russian invasion”. It announced a new set of sanctions targeting sovereign debt as well as two large Russian financial institutions, including the country’s military bank, but stopped short of announcing any military intervention. The UK announced sanctions on five Russian banks, the most surprising response came from Germany, halting the operation of the Nord Stream 2 pipeline which would have served as a lifeline for German energy needs which is committed to its climate goals with the Greens in the ruling rainbow coalition being in-charge of German foreign policy. Europe is in double jeopardy of maintaining its relationship with Russia and also keeping up its NATO commitments. Since early 2021, oil, coal, and gas prices have almost doubled, so Europe is in the midst of an energy crisis. Natural gas is at almost eight times the pre-pandemic levels, a situation not witnessed since the 1970s. Europe depends on Russia for 40% of its Natural gas supplies, so further sanctions will only aggravate the ensuing crisis.

India said that it is watching the development “with deep concern”, and called for restraint. The development is a cause of worry for India as there are more than 20,000 students in Ukraine and their safe evacuation becomes India’s responsibility. On the military front, India receives arms from both Russia and USA, with tensions intensifying between the two, the US may have no option but to sanction India for the purchase of the S-400 defence missile system.

The only beneficiary of the crisis seems to be Iran which is under sanctions from the west, but also holds the second-largest natural gas reserves and 9th largest crude oil reserves, according to Organisation of Petroleum Exporting countries (OPEC) data. With the oil prices soaring across the world, Europe facing an energy crunch, Germany halting the operation of Nord Stream 2, Iran may turn out to be the saviour, US will face significant pressure from its allies to relax the sanctions on Iran and revive the much-debated Iran nuclear deal, in this case, Iran will have an upper hand in negotiations. Whether Russia goes for a full-scale invasion and the NATO takes up the military responsibility or not will be an interesting development to watch, the hasty withdrawal from Afghanistan had sent the signals of a weak US, unable to check the global developments. Since then, we have seen Russian and Chinese aggression toward Ukraine and Taiwan. If the USA remains indecisive, then the Chinese invasion of Taiwan may be on the way, making China the other beneficiary of the boiling conflict.

Russia is attempting a restructuring of the post-cold war security structure, which was heavily tilted towards the US due to its increasing membership of NATO. Russia has responded to tackle the same with the “salami slicing” of Ukraine. How far the conflict goes is an intriguing question in everybody’s mind.