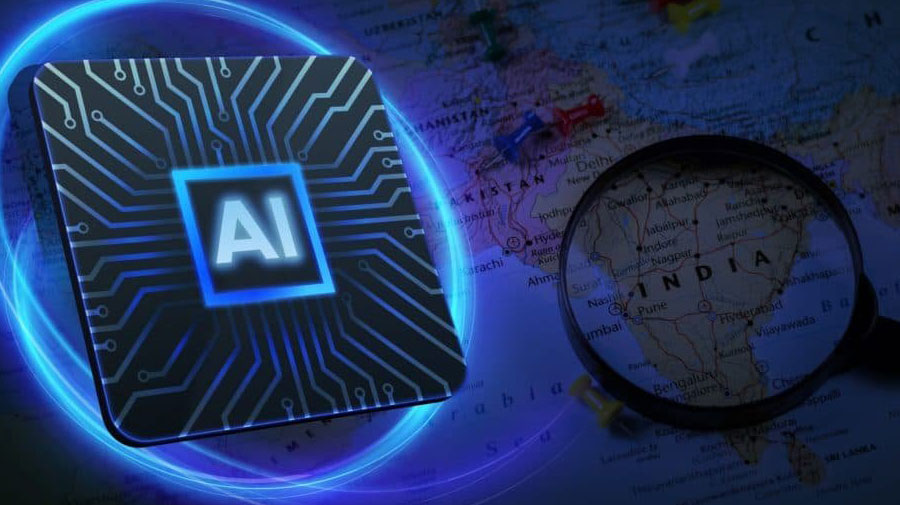 The world has been significantly altered over decades and the “Industry 4.0” or the “Fourth Industrial Revolution” is one of the most effective technologies in the contemporary era. Artificial Intelligence (AI) in India today has entered various domains such as defence, agriculture, healthcare, economy, and governance and to some extent in foreign affairs recently. AI is defined as the ability of machines to do tasks that are often performed by humans because they require human intelligence and discernment. The tool case in AI in foreign policy comprises of multilateral and bilateral cooperation, public diplomacy, policy-making etc. Presently, AI has become a prominent tool in global diplomacy in areas such as cyber-warfare, cyber-security and monitoring of concluded agreements or treaties.

AI has revved and transformed the world of policymaking, international relations and diplomacy in many countries. Several nations today such as the U.S, China, Germany, France and the U.K have released their strategy reports on AI. India through NITI Aayog (apex public policy think tank of the Government of India) has likewise brought out a ‘National Strategy for Artificial Intelligence’ in 2018. However, a proper strategy hasn’t been implemented in the field of Indian foreign affairs till date. Countries like China, U.S, Canada and Russia have already advanced their progress in the foreign ministry through AI. Lately, the Indian government has however realized the significance of AI in foreign affairs and diplomacy and has taken micro measures.

The establishment of the new division on New and Emerging Strategic Technologies (NEST) is indeed a vital shift by the Ministry of External Affairs (MEA). The NEST division will act as the prominent point in MEA for issues concerning new and emerging technologies regarding the foreign policymaking of India and negotiations that defend the country’s interests in several multilateral platforms such as the G20, United Nations (U.N) or World Trade Organization (WTO).  The new-age technologies have considerable implications on foreign affairs and diplomacy, national security and the international role that India would play on the world stage. Henceforth, NEST in this context can further collaborate by signing bilateral or multilateral agreements with other countries and regional organizations such as Brazil, Russia, India, China, and South Africa (BRICS), Shanghai Cooperation Organization (SCO) or The Bay of Bengal Initiative for Multi-Sectoral Technical and Economic Cooperation (BIMSTEC) by emanating more suitable ideas. Consequently, the AI can also be of great assistance in problem solving at several future diplomatic meetings for the Indian government. It is said that the AI system can also make a decision by witnessing the meetings with regard to the governmental and non-governmental actors. For instance, concerning a bilateral meeting between India and Russian leaders, the AI can watch the following meeting and predict whether both the countries will sign new economic or energy agreements shortly. While Individual reviewers may overlook many of these movements, AI can thus witness the meeting and decide on the following consequences.

Recently, the Indian government through MEA has brought in new initiatives to advance AI. For instance, India and Finland have agreed to explore cooperation in areas involving new-age technologies such as AI and quantum computing.  Also, the Indian government has planned to advance its technology upgrades through the use of AI, advanced data analytics etc. in cooperation with Tata Consultancy Services (TCS) under the Passport Seva Programme (PSP) and has planned to bring in e-passports by 2022-2023. However, a lot needs to be done if India wants to be a major leader in AI.

On this account, the Indian leaders and government officials must upgrade their skills to catch up with the AI transformation. Also, bringing in the lateral entry of AI specialists from outside the government can help to improve foreign policymaking, governance and diplomacy using the new age technologies not just in MEA but also in various other ministries. Another important aspect is the strengthening of the MEA besides increasing its annual budget funding, which requires great attention to implement the new age technologies through NEST. Incorporating AI in foreign policy can help in bridging the void between state and non-state actors such as multinational companies, civil society organizations (CSOs), media agencies, academic institutions etc. This could further help in strengthening the Para-diplomacy, digital diplomacy and the foreign policy-making of India.

In the post-COVID world as AI becomes an integral part of the field of global diplomacy it can therefore be of increased help in foreseeing global circumstances. While the governments shift to algorithms to anticipate possibilities, foreign policy will ultimately change which will further strengthen the geopolitical ties. It can also give nations a remarkable understanding of potential future events. As the United Arab Emirates (UAE) became the first nation to establish a separate ministry for AI, the Indian government should also consider the following idea to progress further and broaden its aspects in AI for the betterment of the country that provides long-term solutions and strategic benefits. India as one of the major economies in the world and an aspiring superpower will shape the role of the country’s growth and development that will be significant, as AI gradually makes its way in the Indian society that can in the near future sweep its way in the country’s International relations and diplomacy. Lastly, AI can play an enhanced role by blending traditional diplomacy and the new age of diplomacy by devising a foreign policy that can suit the needs of India in the 21st century.