ASEAN: US’ golden key to secure Indo-Pacific and keep ‘dragon’ in check 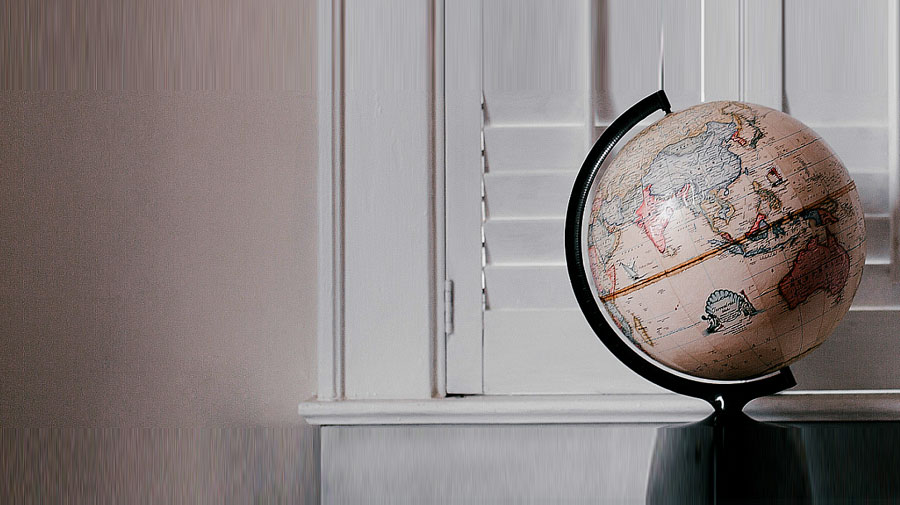 In 2021, ISEAS- Yusof Ishak Institute published the third edition of ‘The State of Southeast Asia: 2021 Survey Report’, which is considered as a metric to assess the general attitudes and perceptions of the important stakeholders from the region. It observed that the members of the Association of Southeast Asian Nations (ASEAN) distrust China, which could be the result of the latter’s aggressive foreign policies. The Australian Institute of International Affairs in its ‘Sino-ASEAN Relations and Wolf Warrior Diplomacy’ states, “Chinese foreign policy behaviour towards ASEAN is not consistently peaceful and is marred by China’s “Wolf Warrior” diplomacy.” Around 63% of the ASEAN elite have ‘no confidence’ in China.

On the other hand, the United States has emerged as the ‘reservoir of trust’ with 48.3% of respondents showing confidence in it. The report states, “Among those who trust the US, around half (50.3%) believe that the US has vast economic resources and the political will to provide global leadership”.

The ten member-ASEAN is home to 650 million people and a combined Gross Domestic Product (GDP) of $ 2.8 trillion. Highlighting the importance of its strategic location, the East Asia Forum in its ‘What is ASEAN’s strategic value?’ writes, “Collectively the ASEAN group of countries exercise formidable strategic advantage. They occupy a crucial geopolitical position astride the vital sea routes between the Persian Gulf and the Indian Ocean to the west, and the South and East China Seas to the east.” Around one-third of the world’s total seaborne trade and about 80% of both China and Japan’s oil imports pass through the Southeast Asian waters.

Deep Pal, a visiting scholar in the Asia program at Carnegie Endowment for International Peace, in his ‘How China is Extending its Influence in South Asia’ mentions, “Over the last decade, China has become far more attentive towards its South Asian periphery and moved beyond mere commercial and development-based engagements to more far-reaching political and security wants.” He further adds that China is trying to have a say in the domestic politics of these countries with the aspiration to emerge as an active stakeholder in people-to-people relations. It has managed to sweep this region with trade and infrastructure. The more concerning factor is the over-dependence of some countries on it. ASEAN’s top three investment destinations are Indonesia, Singapore, and Malaysia, which together account for 57% of the Chinese investment. It has become the most important source of Foreign Direct Investment (FDI) for Laos and Cambodia. Evelyn Goh and Nan Liu in their ‘Chinese Investment in Southeast Asia, 2005-2019: Patterns and Significance’ wrote, “Laos’ relative dependence on Chinese sources is higher, reaching a peak of 79% compared to a peak of 32% in Cambodia.” The authors also add that along with Laos and Myanmar, Cambodia (though to a lower extent) is likely to be ‘over-exposed’ and potentially dependent on Chinese investment. In Singapore, Chinese companies are playing a significant role in electricity generation and transmission. The article mentions, “Foreign investments in Southeast Asia originating from China grew twentyfold during 2005-19.” Considering growing Chinese dominance in the region, if the world and especially the US wants ‘free and open’ Indo-Pacific then ASEAN is the key.

United States Secretary of State, Antony J. Blinken at Universitas Indonesia said, “The United States has long been, is, and always will be an Indo-Pacific nation. This is a geographic fact, from our Pacific coast states to Guam, our territories across the Pacific. And it’s a historical reality, demonstrated by our two centuries of trade and other ties with the region.” While emphasising the trading relations the US shared with Indo-Pacific, he stated that the latter is the destination for almost one-third of US exports and also its the source of $900 billion in FDI in the States. “Much of the planet’s future will be written in the Indo-Pacific”, said Blinken after visiting Indonesia and Malaysia.

Amidst the intensified US-China rivalry, Southeast Asian countries witness renewed interest towards Washington as Joe Biden begins his Presidential term. But what steps must the US take in terms of getting served its interests over China’s?

The article titled, “With U.S. focused on defense, China’s trade and infrastructure sweep Southeast Asia” mentioned Singaporean academic and former senior diplomat Kishore Mahbubani’s comment on US’ approach towards Southeast Asian nations. He said that these nations are not much interested in the talks about ‘freedom’ and ‘openness’. The only way to attract them is through material benefits, especially amidst the devastation caused by the pandemic. According to Mahbubani, US’ emphasis on defence and security pacts will not serve its long-term interests. He said, “The more that America spends on military expenses, the less effective it will be in the long run in dealing with a far stronger and bigger Chinese economy.” In 2020, Washington’s trade in the region was close to $360 billion, against Beijing’s trade of $685 billion. Two decades before, American trade was three and half times that of China here. In 2017, Donald Trump, Former President of the US, pulled out of the Comprehensive and Progressive Agreement for Trans-Pacific Partnership (CPTPP). This was a revised version of the Trans-Pacific Partnership (TPP), a pact that grew under erstwhile President Obama. He saw it as an opportunity to seek a ‘pivot’ to the Southeast Asian region but Trump opposed it by calling it a ‘job killer’ for Americans. How much will this approach benefit it?

With initiatives like ‘Build Back Better World’ (B3W), the US is trying to challenge the Chinese massive infrastructural push in the region. But many initiatives are at the beginning stage. As ASEAN nations are stronger economical partners with China and also a bulwark against its incremental expansion, they are a golden key for the US in terms of keeping China in check in the Indo-Pacific. The Peterson Institute for International Economics in its ‘Success Ensures ASEAN’s Long-term Importance to the United States’ writes, “The United States badly needs regional powers that can counterbalance China’s growing geopolitical footprint. The three most important powers in this respect are India, Japan, and ASEAN.”

The confidence that the Southeast Asian elites have shown in  ‘The State of Southeast Asia: 2021 Survey Report’ for the US, could be utilised by it but the only way to do it is with materialistic offers.

Ashutosh S Patki
Author is a Diploma holder in International Relations and Diplomacy from Indian Institute of Governance and Leadership, New Delhi, India. He is also a student at Asian College of Journalism, Chennai, India.
Tags:
Share:
Share this...