The Dynamics of Maritime Terrorism in the Indian Ocean 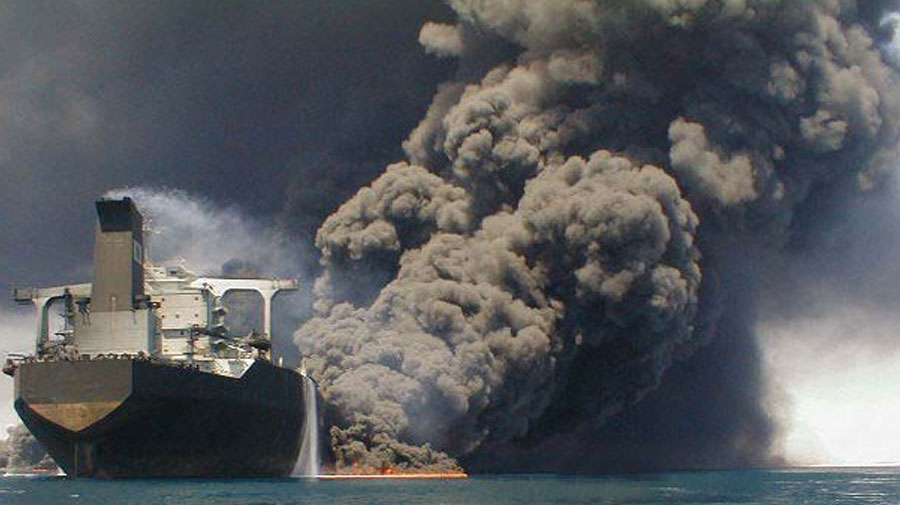 For long, maritime spaces have been either unregulated or lesser regulated, thereby catering to the theatres of operation for terrorists, insurgents and pirates. Consequently, the Indian Ocean waters adjoining Somalia got emplaced with activities like hijack of vessels by pirates, travel of elements of Al Qaeda and Al Shabab between Africa and the Arabian Peninsula, illicit businesses operations and even mounting deadly operations at sea. In this light, this article evaluates maritime terrorism in the Indian Ocean and its dreadful effects on the sea waters. In citing some of the major terror attacks in the coastal areas, it treads the link between piracy and terrorism while highlighting a few measures to ensure maritime security.

Maritime terrorism refers to “the endeavour of terrorist acts and exercises inside the sea climate, utilizing or against vessels or fixed stages adrift, or in port; or against any of their travellers or staff, against waterfront offices or settlements, including vacationer resorts, port regions and port towns or urban areas”. A violent incident at sea is often coupled with surreal behaviour. As of late, terrorism in oceans has rapidly taken the high road as a significant security danger universally, particularly in Asia. Since the Mumbai attacks in November 2008, when ten Pakistani terrorists reached the city through the ocean, slaughtering one hundred and sixty-six individuals and hurting more than three hundred innocent citizens, provincial watchers have been more alert about the chance of another assault through the sea waters. ​However, the theory that encompassed this conceivable event highlighted the mental hold of such dreadful activities on the Indian security personnel and vital organizers.

Security of the Indian Ocean is currently not the space of pioneer states or superpowers, yet has gotten multi-layered and dynamic. The superpowers competed for political influence in the Indian Ocean during the Cold War, resulting in a security imbalance of the locale at the end of the Cold War. In view of a failed government structure and a restricted ability to control sea spaces, a range of unlawful exercises started to thrive in numerous pieces of the Indian Ocean. New players like India and China have become significant forces and new public collisions are changing the scene, thereby marking a genuine advancement in the region. Taking a closer look at the vulnerability of the Indian Ocean, it is thick with delivery traffic, given that almost one lakh boats travel yearly through Sea lines of communication (SLOCs). Many of these either serve as lifelines for the littorals or are the foundations of economic indices of several countries in the region.

Two decades ago, when the public authority of Somalia imploded, not many envisioned that its progressing condition of wilderness would, at last, generate piracy at this scale that it would threaten the security of the western Indian Ocean. Initially, the pirates’ assaults on passing boats were not taken much seriously under the assumption that they could be smothered immediately. However, soon this issue developed as a worldwide concern. Pursuant to SDG 16, when it comes to freedom of navigation, maritime security, and human life, and is the target of repression, a serious threat is posed by piracy. It, therefore, demands the strengthening of the anti-piracy law.

With layers of crimes swimming under the deep ocean, the Indian Ocean forms a part of the biggest trafficking network with respect to organised crimes. Not only drugs and arms but the organised crime sector has resorted to human trafficking for generating revenue since human bodies are easily supplanted. As of late, the quantity of non-state actors influencing security has developed significantly. It signifies that more noteworthy connections are being manufactured between worldwide criminal organizations, radicals and terrorist groups. On account of frail governments, helpless boundary controls and inadequate sea area mindfulness, there has been created a pathway where uninterrupted illegal activities can take place. Assaults are easily dispatched from the ocean, or sipping vessels can be utilized for penetration or gunrunning. The Mumbai Attack in 2008 was a seaborne assault, which featured the weakness of India’s seaside regions and made it a critical need to redesign and arrange sea security. In response, the Indian Navy in coordination with other agencies was given the responsibility of coastal security.​ After the said assaults, India, to date has standing Navy guarding the waterfront locale against any alleged dangers and assaults.

It has also witnessed a nexus of piracy and maritime terrorism. To have the option to comprehend a more extensive idea of maritime terrorism it is fundamental to understand the theft exercises going on in the Indian Ocean. It is not new that pirates contribute a major part in spreading terrorism. The relation between pirates and terrorism dates back to 2003 when off the coast of Malaysia, a Malaysian oil tanker was attacked, thereby hostaging a few members.​ The transport company had to pay a huge sum of money to free the team, after which it came to light that the assailants were related to the Free Aceh Movement[1], an Indonesian guerrilla group. The terror-piracy linkage is significant in light of the fact that it promotes the system involved in rising brutality at sea. The present pirates are no less than prepared warriors or proficient hired soldiers equipped with programmed weapons, hand-held rockets and explosives. International Maritime Organisation (IMO) reported a total of two-hundred and three acts of piracy and armed robbery against ships during 2017. As indicated by the International Maritime Bureau (IMB), nearly fifty-four group individuals and travellers have been killed worldwide since 2006. The areas that are most affected by acts and attempted acts of piracy and armed robbery against ships in 2017 remained the South China Sea, followed by West Africa and the Western Indian Ocean.

Further, the rise of narco and environmental security threats are quite evident. Drug trafficking funds insurgency and terrorist violence across the globe, including in-transit regions. Drugs are also being used as a currency to commit terrorist attacks, e.g., the Madrid bombings. Presumably, this is what drove the Secretary-General of SAARC, Fathimath Dhiyana Saeed to state in her debut address at the meeting of SAARC Ministers of Interior / Home at Thimphu that “Sufficient proof proposes the expected connections among piracy and terrorism, drugs dealing, human trafficking and related wrongdoing”. She added that since this danger was trans-public in nature, provincial participation was the most ideal strategy to react to the issue.

The ISPS Code may prove to be a game-changing step in curbing maritime terrorism. After the 9/11 terrorist attacks in the United States, the IMO developed the International Ship and Port Facility Security Code (hereinafter referred to as the ‘ISPS Code’), a set of maritime regulations specially designed to detect and curb any unusual activities within the international shipping waters. It provides for a standardised framework to detect risk and other vulnerabilities of ships, ports and front beach offices and also establishes guidelines for the government and shipping companies making it mandatory to follow the same. Maritime terrorism poses a great threat to port security, especially of global hubs like Asian ports. Due to their growing importance and contribution to trade, the governments have strengthened security around these ports by not only increasing the number of port guards but also the use of advanced technology. To attack a cargo ship, terrorists generally resort to illegal smuggling of explosives and weapons. Lack of periodical checks or screening processes often leads to these explosives either being smuggled or set ablaze on the ship, leading to casualties. The ISPS Code provides for a more rigorous method to curb these activities and ensure a smooth and peaceful trade between countries.

Combating maritime terrorism is an issue of public purpose which requires a hounded, determining methodology in guarding and getting oceanic lines; making important speculations for the age of opportune and significant insight; strong inter-agency participation, and an incorporated technique that can build up an arrangement of powerful law implementation in seaside waters. What provincial states need is organized and proficient methods of researching dangers, distinguishing weaknesses, and framing anti-terrorism measures for safeguarding business and seaside military resources. Territorial governments need to impose a sense of responsibility upon various stakeholders and organisations to curb the expenses incurred during an incident in a balanced manner. It cannot be denied that cooperation is the key to addressing any global issue. Likewise, regional cooperation and the role of private players or public-private partnerships can enhance the measures for maritime security. Combating terror, therefore, requires evaluation of dangers and prioritization of safety measures to curb it.

[1] The Free Aceh Movement was a separatist group that fought against Indonesian government forces to seek independence for the Aceh region of Sumatra, Indonesia.

Parth Jain
Parth Jain is a commerce graduate and is currently pursuing law from Campus Law Centre, Faculty of Law, University of Delhi, India. He can be reached at parthjain4698@gmail.com or https://www.linkedin.com/in/parthjain98.

Deepanshi Gupta
Deepanshi Gupta is a Political Science graduate from Gargi College, University of Delhi and is currently pursuing law from Campus Law Centre, Faculty of Law, University of Delhi, India. She can be reached at deepanshigupta228@gmail.com or linkedin.com/in/deepanshigupta228. Her works can be accessed at https://orcid.org/0000-0001-6598-642X.
Tags:
Share:
Share this...