India’s stance at UN welcome, but crucial to start from home 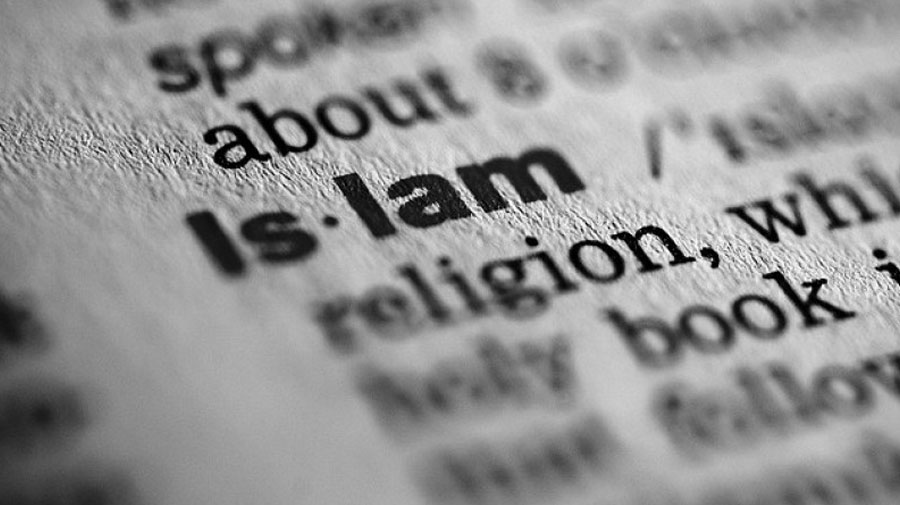 India at the UN recently made a bold statement on religiophobia against non-Abrahamic religions, namely Hinduism, Buddhism and Sikhism, and how hatred or bias against other major religions of the world need to also be fully recognised. No doubt it was a good move given the backdrop of the Texas synagogue siege and was need of the hour. Despite that, India should first tackle something even increasingly crucial taking shape in its backyard, i.e Political Islam.

One of the many reasons, why Islamist terrorism is on the rise globally and we are failing to suppress it, is the lack of effort to uproot political Islam. Extremists believe that Muslims will once again be glorious like their Muslim forefathers if they adopted pure Shariah. They claim that the holy Shariah is the key to managing society and that Muslims have fallen because they have strayed from this religiously set route to success. This is the core concept of movements such as Jamaat-e-Islami in South Asia and the Muslim Brotherhoods (Al-Ikhwaan al-Muslimeen) in the Arab World that are broadly classified as political Islam. They believe that a precise adherence to the Shariah will restore Muslims’ moral integrity and worldwide leadership. They see an Islamic state as the instrument for re-establishing Shariah in Muslim life and re-establishing Islam as a global power.

Many Muslims believe that Islam has a lot to say about social values. But since Islam has never introduced an indigenous secular ethical tradition, all Muslim concepts about ethical and just government are either inherited from Islam or adopted from the West. Noor Dahri, a UK based-expert on Islamist terrorism himself, believes that,

“Islam needs to be reformed but within Islamic theology not outside of it. Political Islam has hijacked the core principles of Islam and Muslim’s identity has been taken by Islamists. Islamic attitude towards other religions has been damaged but Muslim scholars are still silent.”

Does political Islam exist in India?

It very much does, unfortunately, the rot is deep. In India, among others, both Barelvi and Deobandi Muslims exist, and they both belong to Fiqqah-e-Hanfia (Hanafist school of thought). Being said that, it was during the British colonial rule, that an ideological split started forming between them. The Deobandi school of thought was established way back in 1861 in Uttar Pradesh’s Deoband, which promoted ‘authentic’ Islam. To counter them, the Barelvi school of thought emerged under the Sufi cleric Ahmad Raza Khan Barelvi. Fast forward to 2022, both schools of thought have contributed to the birth of terrorist organisations, in India, as well as Pakistan and if we go a little further, then Afghanistan too.

India did ban Jamaat-e-Islami on numerous occasions, but it was largely temporal. Secondly, Saudi Arabia’s banning of Tablighi Jamaat should be, as a matter of fact, a wake-up call for India. The Tablighi Jamaat shares its’ ideological roots with Afghanistan’s Taliban whose founder, late Mullah Omar was a Deobandi himself.

Despite such facts out in the open, the reluctant attitude of the Indian political class, to take similar steps citing unknown fears and backlash from the said community might lead to India becoming a weak link in countering extremism and terrorism on a global scale. This is followed by political Islamists’ assumption that Islam is greater than the law of the land. One of the examples can be, when recently on a news channel debate, a Barelvi Muslim cleric, chief of Ittehad-e-Millat Council, Bareilly Sharif Maulana Tauqeer Raza Khan openly threatened journalist Aman Chopra with physical assault when he was asked strong questions concerning his anti-Hindu statements.

Raza Khan has also extended his support to the Indian National Congress (INC) in Uttar Pradesh 2022 elections. Another example from the year 2013, when All Indian Majilis-e-Ittehadul Muslimeen (AIMIM) MLA Akbaruddin Owaisi made an extremely Hindumisic statement,

“If police are removed for 15 minutes, we (Muslims) will finish 100 crore Hindus”

still stands relevant today in the context of religiophobia and political Islam. Another reason for India to pay attention to political Islam is that a small number of young Indians (a few multiples of ten) have joined the Islamic State (I.S.) in Syria or Afghanistan. While the number of brainwashed children in India may be tiny in comparison to those in other nations, the Indian government and security experts must understand the IS’s appeal to the young. The biggest example can be cited from the pages of history, when India witnessed its’ most horrific genocide in Kashmir, against Kashmiri Pandits in 1990 when they were asked to, “Convert, leave or die” by Islamists in the valley.

In a very recent formal discussion with UNESCO Peace Chair Prof. M D Nalapat, I asked him how India can tackle radical threat in its backyard and he candidly but firmly replied,

“The best thing we can do is for India to remain an example of tolerance, acceptance, inclusivity, where all forms of hate are treated with equal condemnation… in my view, this a country which was partitioned on basis of religion … you have around 1.1 billion Hindus; there are three holy places: Ayodhya, Kashi, and Mathura… Until they are returned to the stage as they were, before Aurangzeb destroyed them, I think you’ll have the danger of radical elements having a growing role in the majority community. The best way of deradicalisation is to ensure that these three holy places come back.”

Political Islam around the world

But the problem of political Islam is not endemic to India. In fact, the United States of America (USA) is also crippling under the same threat. Noor Dahri substantiates this claim by quoting Global Faith Institute’s data, “…about 80 percent of the 2,800 U.S. mosques are under the supervision of the Muslim Brotherhood, whose goal is to make nations comply with Shariah law. All U.S. states have at least one mosque with California and New York topping the list with more than 500 mosques followed by Texas with more than 300. …The common thing among the 9/11 hijackers, the Boston bombers, the Chattanooga shooter, the attackers on the Charlie Hebdo magazine & the Paris and Brussels’ attackers is that they are a group of young men whose lifestyles were not pious…”

Moving onto Europe, the popular notion of migration, Muslim radicalism, and terrorism in Europe is becoming deeply integrated. However, many EU governments argue that point and go to great lengths to deny the threat’s scope and nature.

“I often meet people who are more concerned of being labelled Islamophobic than willing to condemn Islamic terrorism,”

observed American philosopher Michael Walzer recently (ICT). By distorting the political debate in this way, European leaders are hindering their own population’s ability to come together and strengthen their shared opinion and identity.

This is something that can be observed in India as well, and hence India too instead of living in denial, should finally accept the grave realities of political Islam and its repercussions. To summarize, political Islam is a condition that should be dealt with like how Saudi Arabia is, and otherwise too, Islam needs to undergo reformation. Imams like Mohammed Tawhidi, fondly known as ‘Imam of Peace’, known for his outspoken and honest nature on discussing the cultural and ideological problems within his religion, are need of the hour, in India and elsewhere.