How is Fourth Industrial Revolution changing our economy? 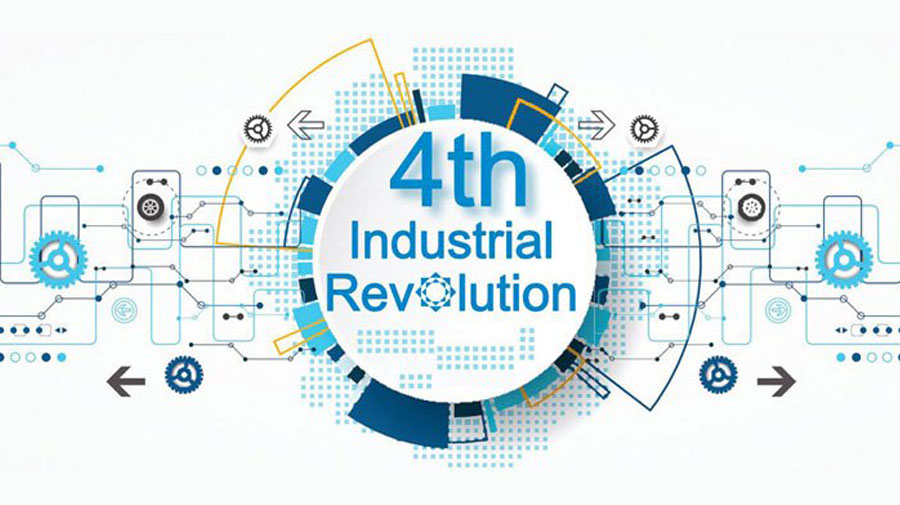 The world today is seeing quick progress in “Industry 4.0” or the “Fourth Industrial Revolution” which is altering nearly all sectors of the economy. Following the COVID pandemic, India has reported the loftiest upsurge in the usage of AI at 45 per cent compared to countries such as Japan, the U.S and U.K. The Indian ecosystem in the future is confident enough to witness the quick penetration and adoption of Industry 4.0. The economic impact of the pandemic in India has been particularly disruptive and there has been a knock. But the digital era has carried remarkable transitions to technology, industry and society. As to a recent report by the World Bank, the Indian economy is set to expand by 7.5 per cent in 2022 and by 2023, the country is anticipated to grow at 6.5 per cent. AI moreover has the prospects to add 15 per cent of India’s current gross value by 2035. The blend of the data, technology and skills that make smart systems feasible has reached the required mass, prompting incredible growth in the AI investment.

Industry 4.0 technologies will help in the economic regeneration by 2025 enabling enterprises to revamp India’s financial status in the post-COVID era besides acting as game-changers. The role of corporations through AI is going to be key for the comeback of the Indian economy post-pandemic. New-age technologies such as block chain, big data analytics, Internet of things (IoT), advanced manufacturing, quantum computing and AI are set to give India a possibility to engrave itself a striking uniqueness as an “International nucleus” in the near future. As AI functions for “digital inclusion” in India, it is expected to have a ripple impact on economic prosperity and growth.  Analysts foresee that AI can help add up nearly $957 billion to the Indian economy by 2035 and by 2025, AI can add over $500 billion and nearly 20 million jobs to the Indian economy. The Indian government is also in the process of implementing a robust legal framework governing the data of the country apart from constructing a data-driven society through AI that presents endless prospects to empower people, enhance society and also boost the ease of doing business. India through its AI strategy, constituting an extensive pool of AI workforce and an emerging startup ecosystem, has a remarkable chance to be a prominent contributor to AI-driven resolutions that can further transform agriculture, healthcare, manufacturing, education and skilling thereby impacting the economy positively to a considerable extent. The adoption of AI in various sectors of the economy is seen to have produced favorable returns by lessening time and risk.

AI research in India had its intermittent origins in the 1960s. Later, in the 1980s, AI in India took off when the Government, in partnership with the United Nations Development Programme (UNDP) established the Knowledge-Based Computing System (KBCS) program, as a part of the Indian Fifth Generation Computer Systems (FGCS) research program to develop a state-of-the-art AI programming setting where R&D could take place. Institutes like the Indian Statistical Institute (ISI) Kolkata, the Indian Institute of Science (IISc), IIT Madras and the Tata Institute of Fundamental Research (TIFR) were established as prominent agencies directing the front on designing essential elements of AI in the country. Following this the development in AI had advanced but at a slower pace up until last one decade that has gradually increased. Presently, as industry 4.0 has been advancing at a snappier rate globally, the Indian government along with policymakers, academia, industry and private sector as vital partners must collaborate to design policies to enhance the Indian economy especially in IT and other technology sectors that comprise more than 60 per cent of AI market. Through “Make in India” initiative encouraging new AI innovations through new start-ups in the field of agriculture, space, education and healthcare can also take Indian economy to great heights. Enhanced cooperation with other AI powers such as Germany, U.S and U.K can help in designing new solutions and policies for the Indian economy.

Recently, the Ministry of Commerce and Industry has set up a Taskforce on AI to kick-start the usage of AI for the country’s economic shift. Nonetheless, AI adoption has remained at a developing stage. Therefore, the Indian government should consider establishing a separate “Industry 4.0 Ministry” for coordinating all new age technology related activities. For instance, the United Arab Emirates (UAE) in 2017 became the first nation in the world to create the post of Minister of State for AI. Today, governments globally are also taking measures to be part of the AI-led digital economy, which is assessed to contribute roughly $15.7 trillion to the global economy by 2030. Considering India’s present situation, the country is on the verge of a massive opportunity for both economic advancement and gain in the common well being of its citizens. “Inclusive economic growth” can make India the best playground for creating world-class and state of the art technology solutions. For this, the government through its annual budget must consider allocating more for Research and Development (R&D) in various sectors and also establish R&D departments in various educational institutions and universities across the country. India through General-purpose technologies (GPTs) can also influence the whole economy where GPTs have the possibility to drastically transform societies through their effect on the already existing economic and social arrangements.

The adoption of AI is not confined to businesses alone, while economies have also shifted their emphasis on creating their AI capacities as a tool to boost growth where developed nations are already in the race and India as an aspiring future superpower is set to enter the AI race.  Amidst the accelerated adoption of AI-based technologies, India seems to stand at the ridge of Industry 4.0. Therefore, it would be a convenient shifting for India to create its AI abilities despite the transnational digital divide broadening even more. From the first industrial revolution until the rise in the IT revolution, the world has stood to benefit more and as per experts, AI like any other new technology in the past will produce more jobs than it destroys. Still, it is seen that the “Initial adoption of technology” has barriers for developing economies where restricted access to Industry 4.0 can broaden the income inequality, and the transformation stage of adoption is presumably to replace some jobs before it produces more jobs.  While the influence of AI on the gross domestic product (GDP) and productivity is impressive, studies have also demonstrated the harmful effect of AI on employment. Mckinsey Global Institute indicated that intelligent mechanisms and robots could eliminate nearly 30 per cent of the global human labor by 2030.  Also, with the rise in unemployment, this transformation could become quite difficult though in the past, new technologies have demonstrated to be worthwhile in the long-term, the short-term failures cannot be justified. Nevertheless, India still lags on essential indicators of AI development despite possessing increased levels of entrepreneurship, robust corporations and a skilled pool. Therefore for the betterment of the essential AI indicators a balanced approach, innovative local solutions and top-down policy making should be put forth. Also, the enhanced role of government along with the private sector will be instrumental in directing AI to create equitable development. Furthermore, the continued innovations and collaborations by Public-Private Participation (PPP) are necessary to lessen the cost of modern technologies, which can help the larger population thereby driving the “digital revolution”. However, India should also mainly consider improving its “hardware sector” to help redress bottlenecks since the country still lags behind which is vital for the Indian economy.

As India is expected to have the world’s youngest population by 2030, the country will account for nearly 30 per cent of the global workforce. Therefore, AI in this way can dramatically boost the productivity of the average worker to match the level of today’s top performers. There is also a further need to promote “Scientific temperament” amongst the people in the country about the new age technologies besides taking the ethics and security of Industry 4.0 into consideration. In this context, the “National strategy for AI” in India has recently recommended establishing ethics councils for sector-specific concerning privacy, security, and ethics. Industry 4.0 can also help the country to achieve the Sustainable Development Goals (SDGs) that can drive the Indian economy further. Henceforth the Indian economy and society in the long run is definitely poised for a sea change and the valiant dream to make India a $5 trillion economy by 2025 can be accomplished through the adoption of Industry 4.0.